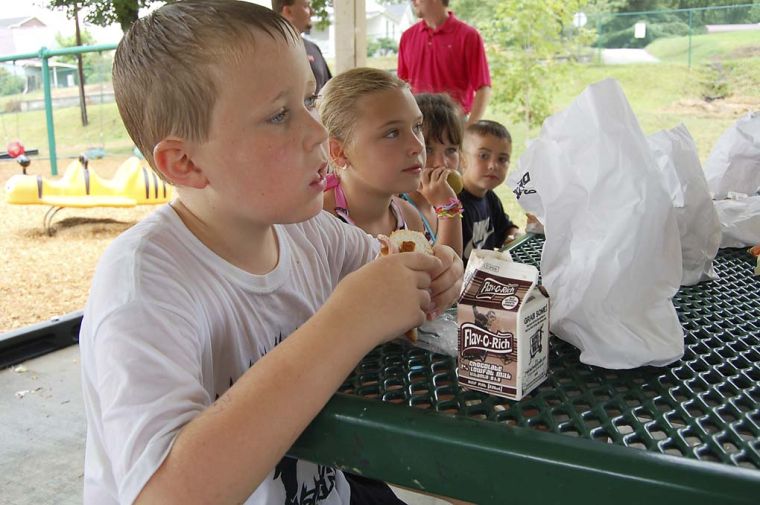 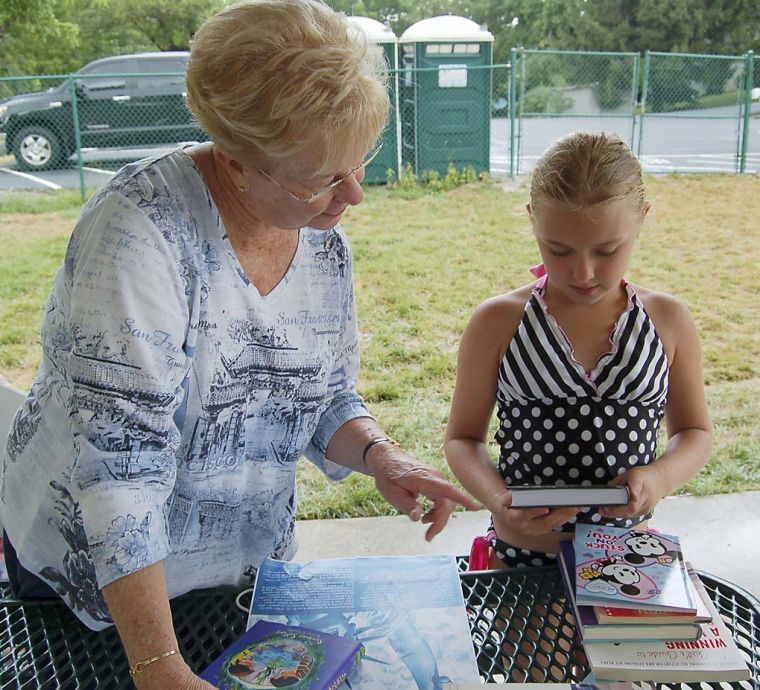 Still drenched after their stomps through Mill Street’s Splash Pad, Taylor Parsons, Jeffery Proffitt and Connor Messer sat at the picnic tables Monday and happily bit into their bologna sandwiches.

“My compliments to the chef!” Parsons declared after swallowing.

“Delicious!” Messer added. “Since I got it for free and it’s this good, I think they’re really generous.”

Indeed, the boys’ lunches were free of charge courtesy of United Way of Laurel County’s summer feeding program. This year, the program, which involves handing out free lunches to any child younger than 18, has doubled in size. From June 14 to July 3 alone, volunteers handed out more than 15,000 free meals.

“It’s good and it’s growing and that’s what you want to do,” she said.

Lunches are prepared at London Elementary by cafeteria staff in the Laurel County school system and assembled by volunteers from the Christian Shelter for the Homeless. Volunteers then man 60 sites throughout London and Laurel County, which were strategically chosen to reach as many hungry children as possible.

The meals, which consist of milk, vegetables or fruit, bread and meat or a meat alternative, are free and no documentation is needed to pick one up. The only stipulation is that children must eat their meals on-site.

This year, in addition to free meals, children are receiving free books, which were donated by the Laurel County Public Library, Christian Appalachian Project and employees of L&N Federal Credit Union. Already, 200 books have been given away.

“We’re feeding their minds along with their stomachs,” Nicholson said.

On Monday, Joe Doctor and Allan Davis, both managers at HSBC, took time to hand out the lunches.

“I think it’s awesome,” Doctor said. “It’s great to be able to help the community and help people out there that are having difficulties.”

HSBC has been supplying volunteers for the program, which was previously run by the YMCA, for the past five years.

“This has been a stamp of pride for our people,” Davis said. “When we ask for volunteers, we never have any issues ... People just want to come and help out.”

Until July 31, lunches will be handed out at noon at Mill Street Park, Rotary Park beside Come-Unity Cooperative Care, and at the pool at Levi Jackson Wilderness Road State Park.

They will also be available at all of the federal housing facilities and several trailer parks.

For more information about other sites in the county, call 330-0702 or e-mail uwlaurelcounty@aol.com.

Staff writer Tara Kaprowy can be reached by e-mail at tkaprowy@sentinel-echo.com.