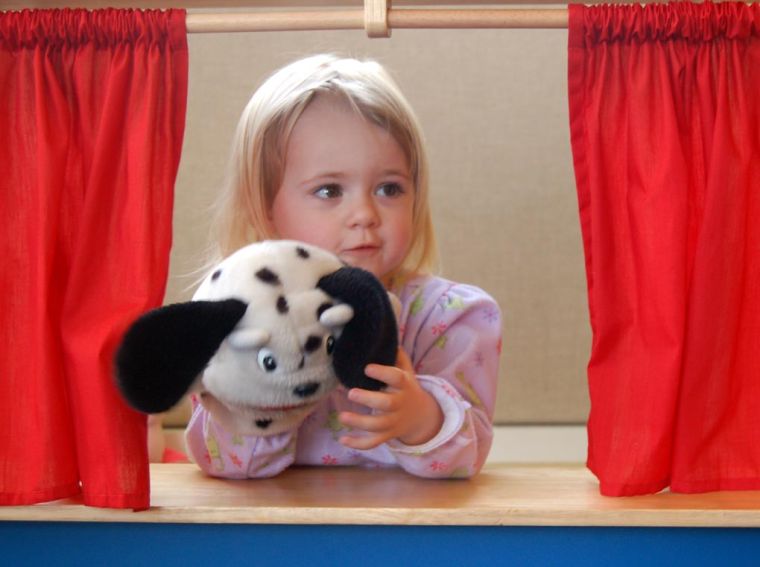 Lara Miller put on a puppet show at the pajama party at the Laurel County Public Library. 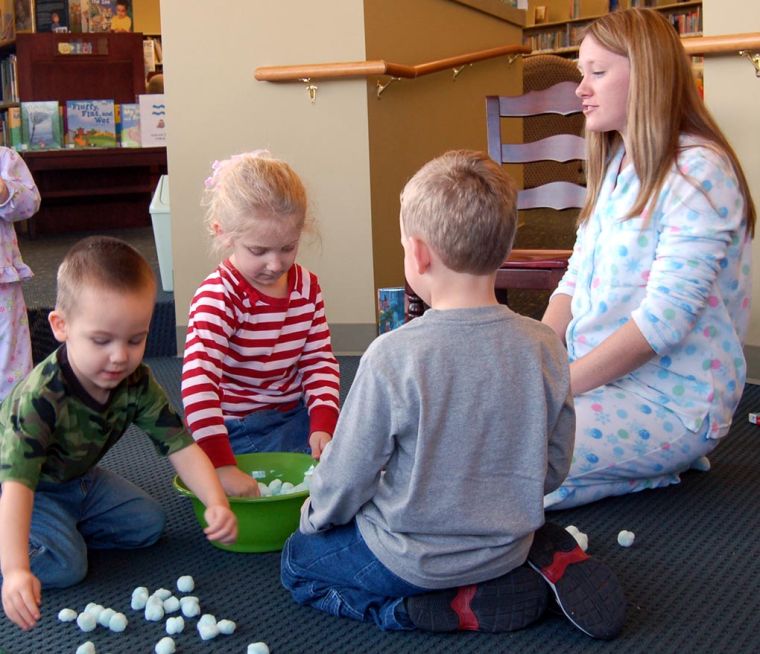 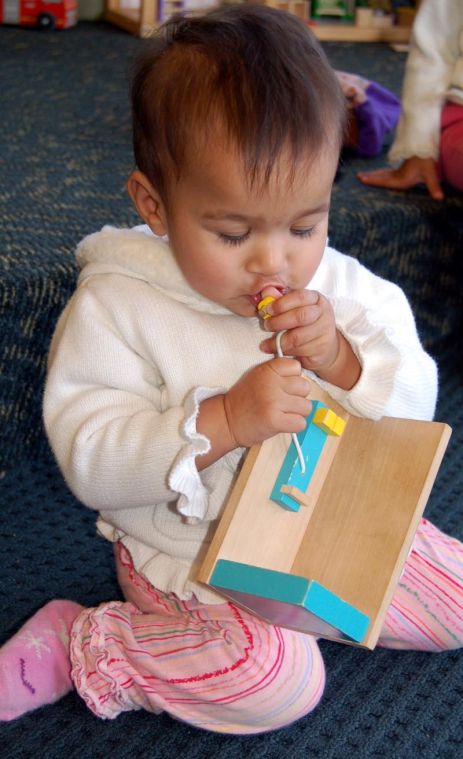 Sofia Feeroze, 13 months, decided to sample a toy instead of playing with it.

Lara Miller put on a puppet show at the pajama party at the Laurel County Public Library.

Sofia Feeroze, 13 months, decided to sample a toy instead of playing with it.

Kids in footie pajamas and princess nightgowns were running around Tuesday at the Laurel County Library as part of the first ever Festival of Sleep. Children from 18 months to 4 years old were invited to participate in the pajama party, which featured story time, snack time and activities. Lisa Carnes, director of children’s services, said kids listened to her read sleep-themed books during story time. “‘Twinkle, Twinkle Little Star’ and ‘Mother, Mother I Want Another’ were their favorites,” Carnes said. “‘Mother, Mother’ is about a little mouse who wants his mother to keep giving him kisses so he won’t have to go to sleep.” As well, the kids made ‘Smores and played games like Pin the Tail on the Donkey and raced to transfer cotton balls from bowls. The crowning event was when Carnes printed out pictures of beds and kids got to decorate them. The goal of the event was to promote good sleeping habits. “A lot of kids don’t want to sleep,” Carnes said. “I thought this would be a good way to encourage naps and sleeping alone.” Carnes said she plans to hold another Festival of Sleep sometime this summer. For those interested in attending children’s services at the library, Toddler Time at the Old Town branch is held at 11:30 a.m. on Mondays. Staff writer Tara Kaprowy can be reached by e-mail at tkaprowy@sentinel-echo.com.