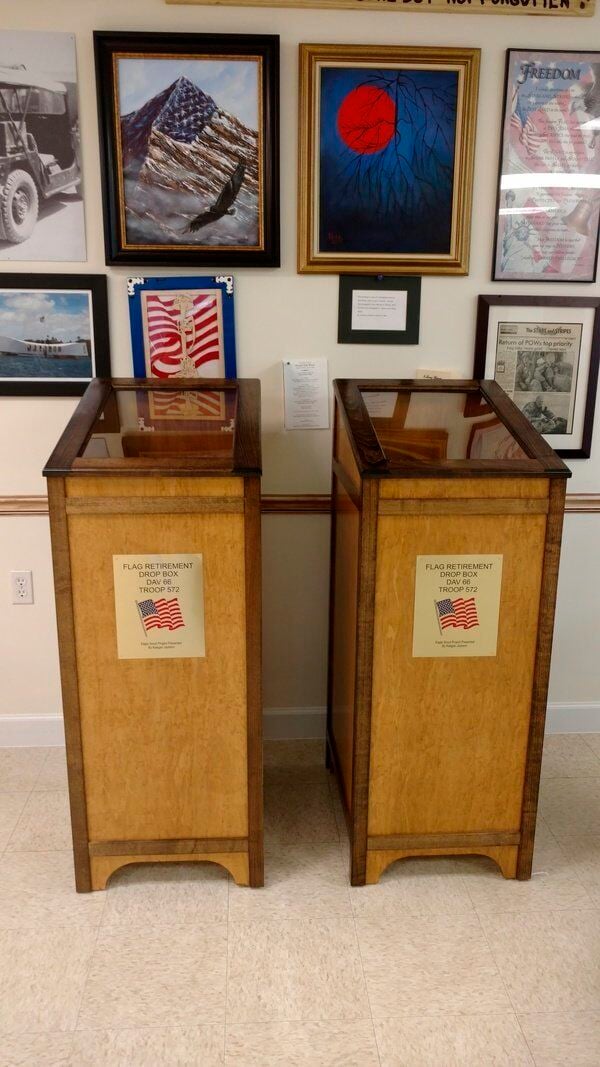 The American Flag Retirement boxes are pictured here at the DAV Chapter #66. The boxes were a special project of the DAV and the Boy Scout Troop 572 to properly dispose of unusable American flags. 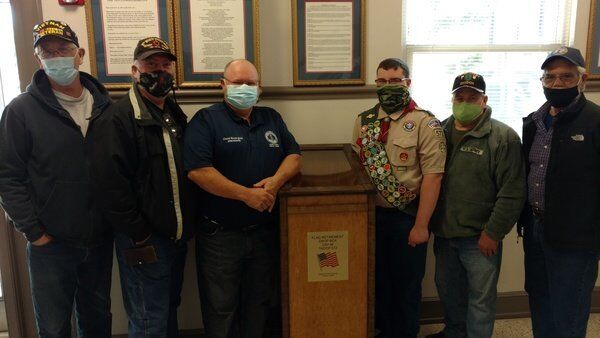 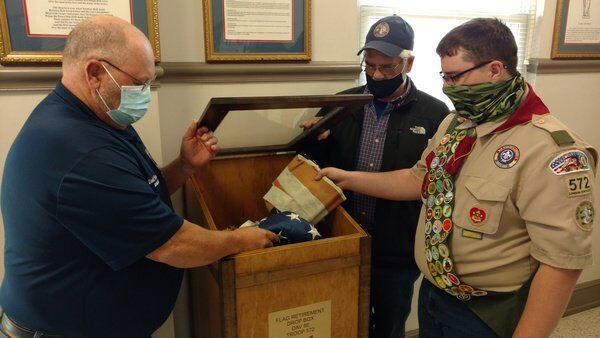 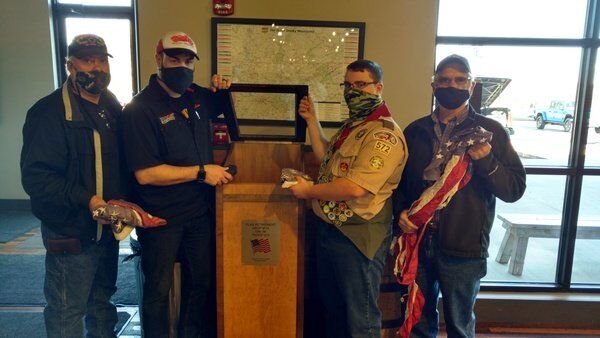 The American Flag Retirement boxes are pictured here at the DAV Chapter #66. The boxes were a special project of the DAV and the Boy Scout Troop 572 to properly dispose of unusable American flags.

Just as the folding of an American flag has a proper procedure, so does disposing of a tattered and torn flag.

In order to ensure that those flags are treated in the proper manner, the Disabled American Veterans (DAV) and the Boy Scouts of America (BSA) are providing flag retirement boxes at the Laurel County Courthouse and Wildcat Harley Davidson dealership to collect those unwanted and unusable flags and see that they have their appropriate ceremonial demise.

The local Boy Scout troop met with officials at both locations to install the boxes and released the following statement:

"Both the Disabled American Veterans (DAV) and the Boy Scouts of America (BSA) hold the American Flag in high honor. DAV Chapter #66 and BSA Troop 572 located in London, KY developed the concept of a Flag container where deteriorated flags could be placed for a proper retirement. Eagle Scout Keegan Jackson took ownership of this concern and, with the assistance of other scouts in the Troop 572, designed and built boxes to address the issue. On Wednesday, December 23, 2020 a collection box was delivered to the the London Court House and one to Wildcat Harley Davidson. These locations were chosen because they represent areas where the American Flag is highly respected. DAV Chapter #66 will collect the flags and BSA Troop 572 will perform the Flag Retirement Ceremony at the DAV Chapter. This insures the symbol of our nation and freedom is given due respect when worn out and ready for a honorable retirement."

Anyone with an American flag that is no longer usable is encouraged to utilize these boxes so that the flags can receive their proper retirement.