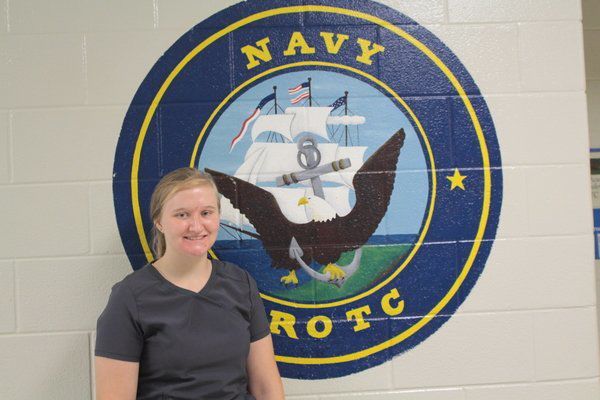 North Laurel High School senior Kimberly Doan looks to have a future in the military and medical field. 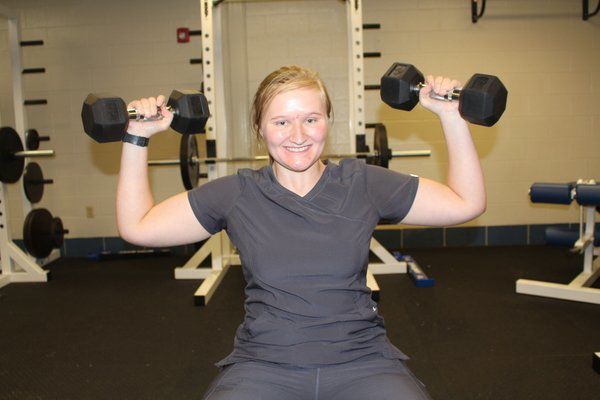 North Laurel High School senior Kimberly Doan works hard each day to prepare herself for a future in the military.

North Laurel High School senior Kimberly Doan looks to have a future in the military and medical field.

North Laurel High School senior Kimberly Doan works hard each day to prepare herself for a future in the military.

She rises each morning to face a new day and avidly undergoes a physical work out every day.

She has faced numerous challenges in her life - one of which has been with her weight. As the Company Commander with the NLHS JROTC program, Doan is looking to enlist in the Army following graduation this spring. After four years in the school's JROTC program, Doan is well versed in the procedures and expectations of the military and has no qualms about that aspect of her future.

Her challenge, however, is attaining the weight requirements - even after losing 56 pounds.

"I was always skinny, but then my stepmom - who is really my mother because she raised me - came in and fattened us up," she said laughing. "I've really had to work hard on getting my weight down and I've still got a little more to go to meet the requirements for the military."

She quickly defines her favorite part of her school day as being involved in the JROTC program, although she is still offended when she hears other students refer to the individuals involved in that program as "ROTC Geeks."

"I don't pay attention to it myself but it bothers me for other people because the ones who call us names don't have any idea about that person or what they may be facing at home or school," she said. "For me, the ROTC is like a family and we stick up for each other."

Doan considers herself anything but a slur name referenced by some students. She maintains an A and B average in her classes that include math, English, Chorus, ROTC and Health. She serves on the school's Student Advisory Board and is present to command the ROTC program at football and basketball games when the color guard presents the flags.

Her four years of involvement in the ROTC program has elevated her to the position of Company Commander and while she is proud of her achievements, she easily admits not liking to have to tell other students what to do. She describes that as "having to be mean" although she knows the rigid expectations of the cadets fall under her jurisdiction.

She admits liking math, especially the equations. And while her abilities in science are not as high as some, she is taking a health class at the Center for Innovation.

"People can say things like CFI doesn't get them anywhere, but if I pass the test, I'll be a certified CNA after high school graduation," she explained. "I think that's pretty good - to have that without even having any college classes yet."

Although she plans to join the Army after she graduates high school, she has hopes of pursuing a career in the medical field. She admits not being concrete in exactly what area of the medical field she will target and just looks to the future as the indicator of which direction that may be.

Although initially quiet, this senior student shows an interior determination to succeed - a quality she attributes to her mother.

"My parents are Tina and Charlie Doan and my mother is the one who has influenced me the most," she said. "She works so hard - at work and then at home," she said. "My mother doesn't accept 'C' as a grade, even if my average is 79." (80 is a low B on the grading scale.)

She holds her family close and admits that she has one best friend with whom she shares her most inner self. She also considers the students in the ROTC program as her family.

But her face lights up when she talks about her dog, Trixie, whom she readily admits she has spoiled excessively.

"She has clothes and a collar," she said. "She doesn't like it when you take her clothes off, especially her collar. And when we go somewhere, she always get a treat so now she expects it!"

Aside from her pet, Doan describes herself as "very honest" and has an outgoing personality that she wants her classmates to remember her by. She denies the temptation to indulge in drugs and alcohol, keeping strictly to her plans to enter the military and become involved in the medical field - with her love for animals still opening up an interest in being a veterinarian. But she urges her classmates to continue to work toward a goal and to do everything possible to achieve that goal regardless of the challenges they face.

"Don't let people get to you," she said. "I see people being mean to each other and I wish I could change that. I feel like people judge too easily, just like the person that said that about being a ROTC geek."

Despite all the special things that are involved in her senior year - prom, the military ball, and other events - Doan said she looks forward to graduation the most.

"A lot of my family didn't graduate high school," she said. "It will be good to be one of a few."