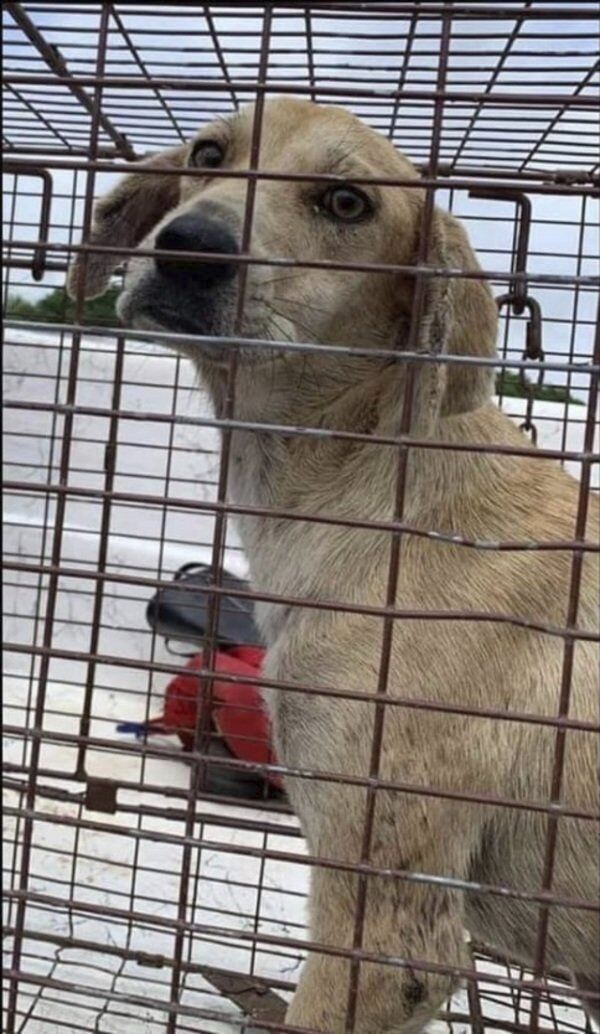 Clifford soon after being rescued by the Laurel County Animal Shelter and the county's rescue squad. 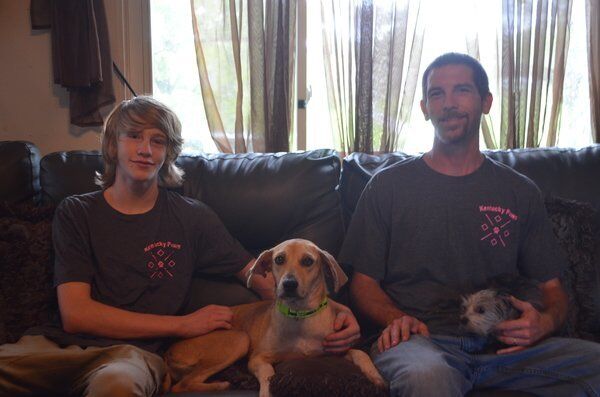 Clifford sits between Nathan and Jarred Shelton after being rescued from an island out in Laurel Lake earlier this summer. 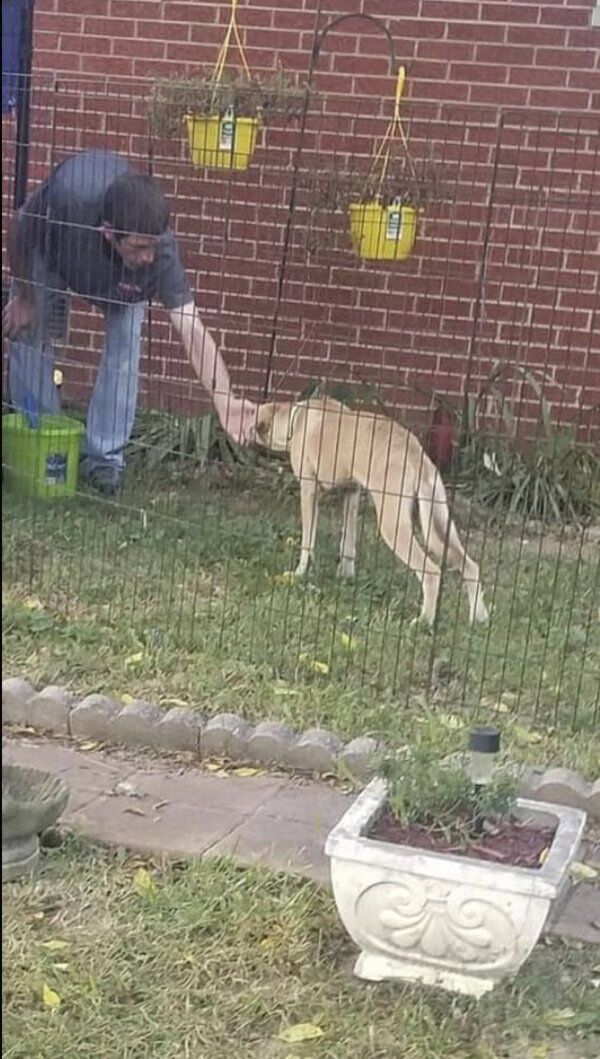 Clifford soon after being rescued by the Laurel County Animal Shelter and the county's rescue squad.

Clifford sits between Nathan and Jarred Shelton after being rescued from an island out in Laurel Lake earlier this summer.

LAUREL COUNTY - Nestled in the woods of East Bernstadt lies a family home owned by the Sheltons. That same house is also home to several dogs, cats, horses, a 10-foot python, and to Clifford, a dog who has recently gained Facebook notoriety after his rescue story was posted online.

Patricia Shelton, along with her husband Jarred, run Kentucky Paws, an animal rescue sanctuary for abused and abandoned animals, out of their East Bernstadt home. The Sheltons' children also help out with their operation.

“There was no way of anyone getting to him,” explained Shelton. “So someone had to have either dropped him off in a boat or threw him out, and he just made his way to that little island.”

Shelton says the reason the Laurel County Animal Shelter was even aware of Clifford was because folks out on the lake in their boats would stop and take pictures of the dog living by himself on an island, and then post them online. Clifford’s story soon began circulating and it wasn’t long before rescue personnel were out on the island to rescue Clifford.

“He was posted online for about two weeks. Everybody on boats were taking pictures of him,” she said. “So they got a boat, and set up a live trap for him. Where he didn’t have any food, it wasn’t hard to get him. They put the food in there, he went in, and they got him. Several rescues, the day they got him, asked about him, wanted him, but nobody ever went to get him, so they had him for about a month.”

Shelton says when she first saw Clifford, he had a bad case of mange and lyme disease. She says the barely year-old dog had his ear ripped and his paws were so swollen they were the size of baseballs. Clifford was also timid around people after first being rescued.

“If Laurel County was quick to euthanize, they would have euthanized that dog when they saw they couldn’t pet him,” Shelton said. “Just from experience, I’ve been in rescue for six years and so, from watching the way he acts, he was either with an abusive person before he got to the lake or he just grew up without anybody. He wouldn’t let me around him.”

On the day the Sheltons brought Clifford home, Shelton says her husband, Jarred, made it a goal to pet Clifford by the end of the night.

“He sat there, and he sat there, and he’d reach and pet him. That was the first human contact he had,” Shelton said. “By that night, it was about 10 o’clock, he started eating out of my hand. But he wouldn’t let me touch him, I wasn’t allowed to touch him.”

The Sheltons fixed up a pen for Clifford with his own home and tarp to protect him from rain during his first stint at Kentucky Paws. However, Shelton says that within four days of the dog being there, a heavy rain had passed through the area causing Clifford to become scared, hop the pen’s fence, and run away.

“He left and he was gone overnight,” Shelton explained. “I was in here cleaning up, I looked out there, and he was standing out in the driveway. I just opened the door, popped the screen open, put all the other dogs out back, and he came walking right in the house."

He’s been in the house ever since.

Since being at Kentucky Paws, Shelton says Clifford has gained five pounds, become more friendly around her family and volunteers, like high school student Megan Wagers who helps the rescue by taking pictures, and that most of his wounds had healed.

Shelton says that the next step for Clifford is leash training and getting him used to strangers while out.

The Sheltons have multiple animals with stories just as resounding as his. It’s those same stories and desire to see these animals go to good homes that have led Shelton and her family to dig into their own pockets to ensure that happens.

“We don’t only just do rescue. We help the elderly people, we’ll take them dog food, because they don’t have a lot income and they can’t get out, so we’ll go help them,” she said. “Our goal is, if someone has a dog, we don’t want them to get rid of it. We want them to keep it. So we try to get them to keep their dogs and help them, especially with this virus, help them as much as possible.”