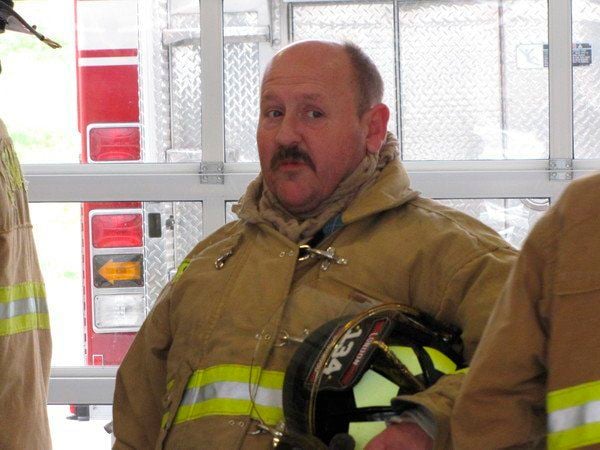 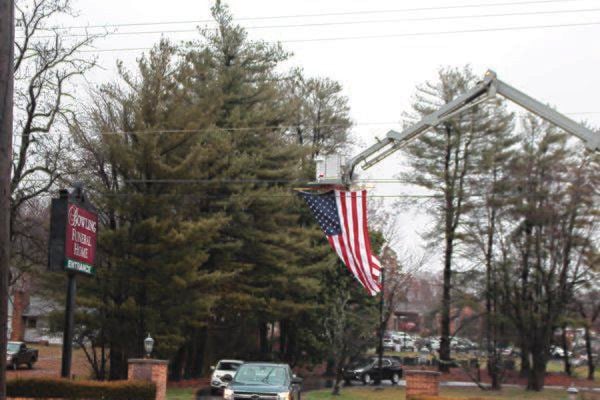 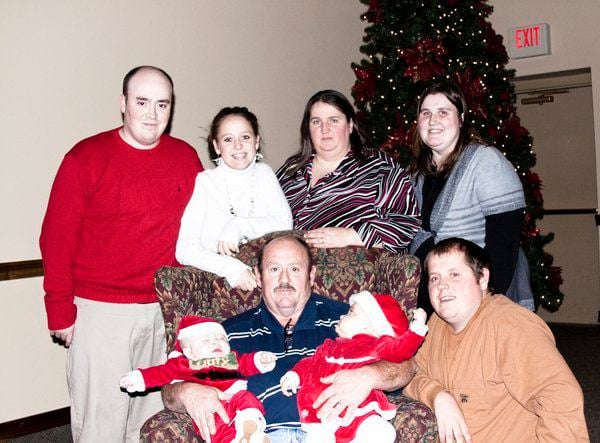 The large American flag hung above the entrance of Bowling Funeral Home this week, in honor of a fallen comrade and friend.

Doug Cawood, long-time member of the London Fire Department and London-Laurel Rescue Squad, passed away unexpectedly on Saturday, Feb. 1 while in Pigeon Forge, Tennessee. Cawood, 59, is survived by his wife, LaVersa Cawood, two children, four grandchildren, four siblings and a host of family and friends. He was a member of Evans Chapel Holiness Church.

Cawood served as a member of the rescue squad for 20 years and as a volunteer firefighter for the City of London Fire Department for over 14 years.

He is remembered for his friendly and giving nature as well as his dedication to the community.

"Doug was a very close friend and a brother to me. I worked with him for 18 years. From the moment I first met him, his love and compassion for others made a big impression on me. no matter how bad he felt, he always would be there for you. The love he had for his wife, kids, and grandchildren was endless. I will miss him greatly. He was definitely my brother and always will be," said Chief Carl Hacker of the London Fire Department.

That sentiment was seconded by others who worked beside Cawood during his career.

"Cawood was a one-of-a-kind friend. He would literally give you the shirt right off of his back," said Assistant Chief Donnie Hale of the London Fire Department.

Laurel County Clerk and former firefighter and rescue squad member Tony Brown also remembered Cawood during his time of working with him on both organizations.

"I worked with him for 17 years and knew him for 30 years," Brown said. "He was the most giving person anyone could meet. He would do anything he could to help you in any way. He never met a stranger, was very outgoing and very lovable."

Cawood retired from the London-Laurel Rescue Squad in 2017.

To honor his service, members of the Rescue Squad and Fire Department gathered the week of his passing to prepare to honor Cawood the best they saw fit. His body was escorted from the Tennessee state line on Sunday by local firefighters, rescue squad members and police to Bowling Funeral Home.

Ambulance Inc. of Laurel County, London-London Rescue Squad, London Fire Department and Laurel County Sheriff's Office provided an honor guard at his funeral on Thursday, with members of the various county fire departments also present. Cawood was given an escort by the various agencies from the funeral home to the burial site in tradition of the fireman's funeral detail.

Magen Zawko of the London City Police Department contributed to this article.