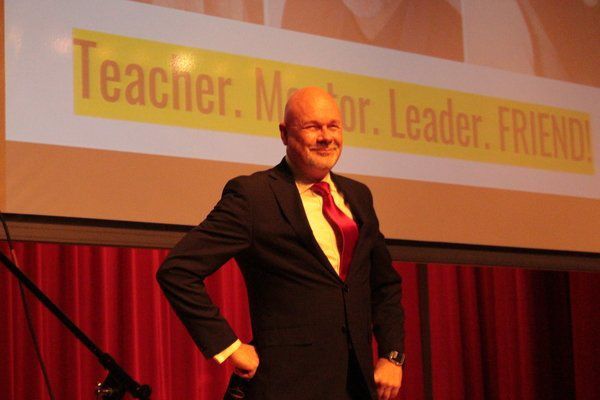 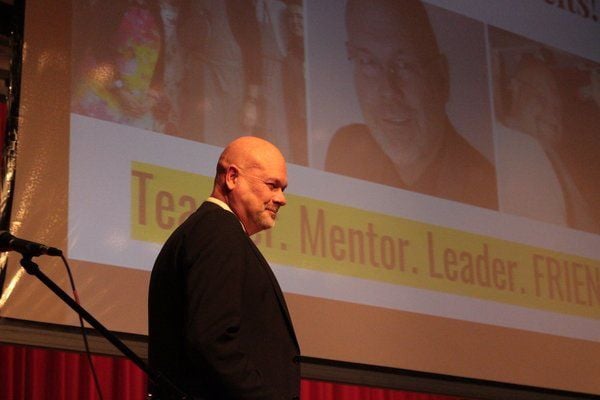 In this file photo, Mark Felts walks out onto the stage at his retirement party earlier this year.

In this file photo, Mark Felts walks out onto the stage at his retirement party earlier this year.

A former Laurel County teacher is free on bond on charges of third-degree sodomy.

Mark A. Felts, 54, of Corbin, was indicted earlier this month on one charge of third-degree sodomy. The indictment states that during the summer of 2017, Felts engaged in "deviate sexual intercourse" with a person under age 18. It further states that Felts was "a person in a position of authority or position of special trust" to the victim.

The indictment was returned on Friday, Aug. 16 and Felts turned himself in to authorities on Thursday, Aug. 22 at the Laurel County Judicial Center. He then posted $25,000 cash bond at the Laurel County Clerk's Office and was released. As terms of his bond, Felts is not permitted to have any electronic devices and is to commit no further violations. He is also ordered to have no contact with the victim.

Felts is scheduled for a hearing in Laurel Circuit Court on Sept. 12.

Felts' attorney, David Hoskins of Corbin, filed motions on Felts' behalf filed in the Laurel County Clerk's office on Aug. 26, and requested that the Commonwealth's Attorney's office provide copies of any written or recorded statements by Felts as well as any other documentation related to the case. That request was approved by Laurel Circuit Judge Michael O. Caperton - a standard action in court cases.

Felts retired from the Laurel County School system on Feb. 27, where he had served as choral director at South Laurel High School for 29 years.

"In keeping with Laurel County Public Schools training, when one of our staff became aware of accusations made against a former Laurel County School employee, we immediately notified law enforcement, and they began an investigation.

"The safety of our students is our number one priority. We are appreciative of our partnerships with local and state law enforcement agencies, the work of our LEOSA volunteers, and School Resource Officers in keeping our students and staff safe."

An indictment is an accusation only and does not imply guilt or innocence until the party is proven otherwise.

John Henry McGeorge, 88, of London, passed away Friday, July 10, 2020, at St. Joseph - London. He was born on July 10, 1932, in Jackson County, Kentucky, the son of the late Robert and Edith Woods McGeorge. He is survived by his wife, Lillie Mae York McGeorge of London, four sons, Charles Mc…