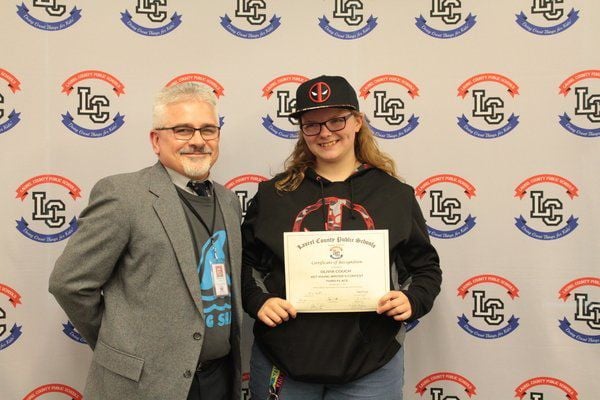 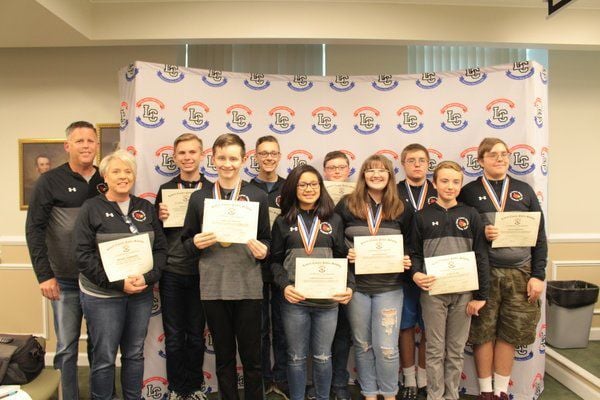 Also pictured is Zeke Boggs, who finished in 10th place in the Language Arts written assessment at the Governor's Cup State Finals.

Also pictured is Zeke Boggs, who finished in 10th place in the Language Arts written assessment at the Governor's Cup State Finals.

That action took place following a meeting of the school district's finance committee on Monday evening, which is comprised of school board members as well.

The Hunter Hills project is estimated at $6.7 million and will include a 5 percent contingency as required by the state department of education. Board members voted unanimously to approve bids for tile replacement as well as the plans for renovation. That project will include a new routing for students being picked up by parents that will be separated from the bus loop. That option will also alleviate traffic backup along U.S. 25 in front of the school.

The tentative budget for the 2019-2020 school year was also approved, currently estimated at $6.6 million, which will maintain a 10.72 percent contingency - well above the Kentucky Department of Education's required $1.2 million.

Superintendent Dr. Doug Bennett told board members the budget was almost the same as previous years, although some increases in property values and expenses had been included in this year's budget. It also includes a decrease in Medicaid reimbursement and an increase in Workman's Comp fees.

Board members also approved a partial re-roofing project at Bush Elementary, which Finance Officer Adam Hooker explained was the majority of that roof.

The Read to Achieve agreement was also approved during Monday's board meeting. The Kentucky Read to Achieve (RTA) program was initiated by the Kentucky Department of Education in 2005 to assist schools with a reading diagnostic and intervention program to address students struggling with reading. Under those guidelines, schools must provide a highly trained reading intervention teacher, offer short-term, intensive guidance with skills necessary for reading proficiency, and teachers participating in a variety of training (professional development) activities.

The Community Eligibility Provision to provide free lunches to all students in the district was also approved, but with the same restrictions of the past year. That restriction states that the program will be implemented in the Laurel County school district if funding is available.

New positions for the upcoming school year will include one Title I position and one Title I instructional assistant at Colony Elementary for the 2019-20 school year, one District School Psychologist Intern position and up to 10 district student summer worker positions.

Due to the next board meeting falling on Memorial Day and the dismissal of school that day, board members also voted to cancel that meeting. The Laurel County Board of Education meets on the second and fourth Monday of each month in Central Office at 5 p.m.