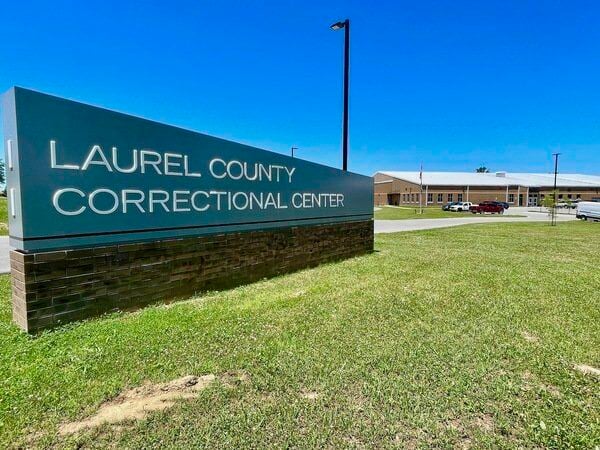 For the first time in history, the county budget enacted on July 1 contains zero tax dollars for the new Laurel County Correctional Center. 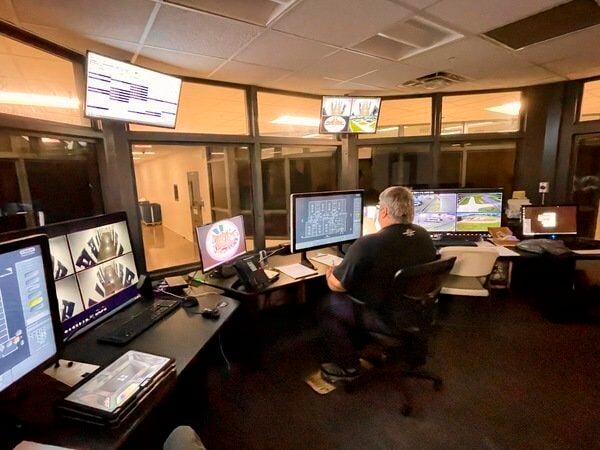 For the first time in history, the county budget enacted on July 1 contains zero tax dollars for the new Laurel County Correctional Center.

At a town hall meeting about four years ago, some attendees thought Laurel County Jailer Jamie Mosley was a “snake oil salesman” when he confidently predicted the county could build a new 700-bed detention center that would pay for itself and operate without any taxpayer money.

Behind the scenes, the Laurel County Fiscal Court hoped Mosley’s financial calculations would pan out, while courageously committing to fund up to $34 million for the badly needed detention center.

Two years after it was built, it turns out Mosley’s vision was correct, to the benefit of the of all Laurel Countians. For the first time in history, the county budget enacted on July 1 contains zero tax dollars for the new Laurel County Correctional Center.

It puts Laurel County among a few in the country to have a self-sufficient jail operation, which will save the county about $2.7 million each year.

“I just hope that we can convey how rare this situation is and how fortunate and blessed we are as a county,” Mosley said. “When the county doesn’t have to put millions of dollars into the jail, it really expands the opportunities to provide a lot more services.”

The impact of the savings was immediate. The fiscal court recently unveiled a funding mechanism to help the volunteer fire departments buy new pumper trucks, along with the outright purchase of a new $135,000 air supply vehicle.

All county employees are getting cost of living raises. More funds were allocated to economic development. Each magisterial district will have more money for road improvements such as blacktop and drainage.

“We can use the money we’re saving from the jail to help our county progress in a lot of different ways,” Judge-Executive David Westerfield said. “We will spread it among the magisterial districts for more road work. The biggest thing I’m looking for is to make the county better for the people.”

Laurel County is fortunate because jail operations are normally a huge drain on county budgets. Before Mosley became jailer, the county was pouring about $4.5 million into the severely overcrowded jail on Broad Street that was designed for 300 prisoners, but was housing close to 600.

“I was talking to one county judge and he said 80 percent of his budget went to the jail and ambulance service,” Westerfield said. “He told me that some months they didn’t have the money to buy a load of gravel to put on a road. And blacktop is out of the question.”

So, how did the Laurel County Correctional Center become self-sufficient?

Mosley said the plan all along was to build a facility large enough to hold a majority of federal inmates, which are reimbursed at $54 per day, compared to $31.34 for state inmates. The federal government also pays all the medical costs for its prisoners.

“According to them we’ve done such a good job for those marshal services that others have heard about it and want to become part of the contract,” Mosley said “We work very hard for them and let them know how important they are to us. If they call at 10 at night and say they need a prisoner in Nashville at 8 the next morning, we make sure it happens.”

The federal prisoners in Laurel County are classified as in-transit, which means they are being housed until their court cases are concluded and they are assigned to a federal prison in the region. The correctional center employs six full-time officers to transport prisoners to court dates and their final assignments.

“We’ve become a routing center for the marshal’s service,” Mosley said. “We may have a busload of 20 that we take to McDowell, West Virginia to the federal prison there. They pay us to take them to their final destination.”

The relationship with the federal government wasn’t always a positive one. Before Mosley took office, the marshal’s service had pulled all federal prisoners out of Laurel County due to overcrowding at the old jail, even though there is a federal court in London.

That’s when the fiscal court had to contribute about $4.5 million to the jail’s operation.

Mosley said he immediately began to repair that relationship, while discussing plans to build the new correctional center.

“I went to the head marshal and said just give us one inmate, and let us show you what we can do,” Mosley said. When the new center was built, Mosley invited the marshal’s service and federal judges to tour the facility to see how it is equipped and operated. He also credits his employees for helping to foster the relationship.

Laurel County has been blessed in many areas surrounding construction of the correctional center. Perfect timing in the contracting industry allowed bids to come in about $8 million lower than expected, at $26 million. Building the same facility today would cost $50 million.

Now, Mosley is operating it without any taxpayer money, a feat that has drawn praise from all members of the fiscal court.

“Jamie had the insight to go big enough to house federal prisoners and to make money,” Magistrate Richard Bales said. “If we’d built a new jail to house only our prisoners, we’d be in the same shape we were before. Jamie is fulfilling his promise he made to the people.”

Mosley is also quick to praise the fiscal court. “Everywhere I go I praise the relationship we have with the fiscal court,” he said. “I appreciate so much their support they’ve given over the years. The jail is self- sufficient and operates on zero tax dollars, but I couldn’t have done it without the support of the fiscal court.”

Additionally, families of local inmates will also see benefit. As a result of being financially self-sufficient the jail will soon be suspending housing fees for local county inmates. Mosley says “This will help the families of our local inmates who place funds on a loved ones inmate trust account.

Now, other counties and municipalities are visiting the modern correctional center in Laurel County with its vocational and educational opportunities for inmates, and seeing precisely how such a rare financial feat has been achieved.