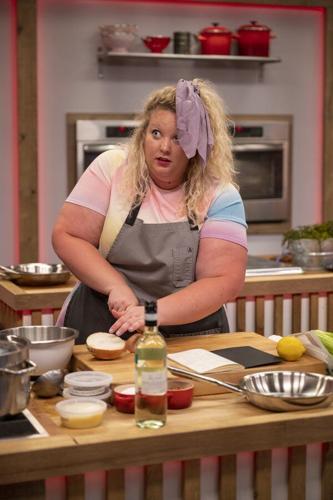 Contestant Cheyenne Loomis races to finish her surf and turf dish, as seen on Worst Cooks In America, Season 24. 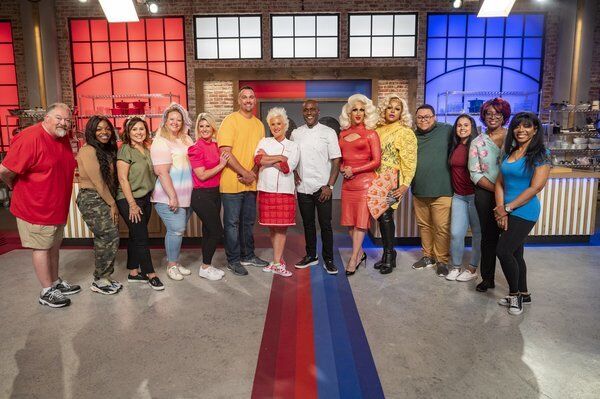 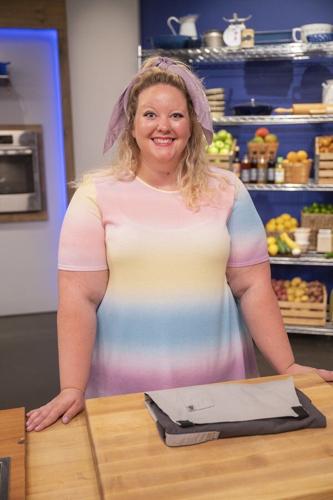 Contestant Cheyenne Loomis races to finish her surf and turf dish, as seen on Worst Cooks In America, Season 24.

For many, cooking is a talent, a love, a hobby.

For others, it is a challenge.

Because Laurel native Cheyenne Loomis finds cooking to fall into the latter category, she was excited when she was asked to participate in this season of "Worst Cooks in America," a contest show airing on The Food Network at 9 p.m. on Wednesdays.

"I can't cook," Loomis said. "I gave myself food poisoning three times in one year."

On the show, Loomis teams with a relative who shares her inability to make edible food.

Loomis and Angie bonded and when Angie applied to be on the show, she was accepted. But she was told that this season would be couples, so she immediately contacted her fellow "bad cooker" relative to team with her.

"I was so excited!" Loomis said. "It is a good opportunity because you get to learn and work with some of the greatest chefs on TV."

Although she cannot release all the details of the show, Loomis did say the experience was tremendous. A clip from the show has Loomis chopping vegetables - with Angie commenting that apparently Loomis only uses one arm to chop or prepare food.

Loomis doesn't sugar coat the fact that her cooking skills are less than desirable.

"Once I was making peanut butter fudge and I put all the ingredients in at the same time and it came out looking like mud," she said.

She credits part of that to failing to read the instructions fully or take the time to measure out the ingredients properly.

"I'm really bad at baking," she said, relating the story of a homemade cake she attempted once before.

It was a homemade cake with two layers. For reasons unbeknownst to Loomis, the cake only rose about one inch high.

"It was so tough we couldn't cut it with a knife. We had to use a knife with a saw blade," she said. "And I chipped a tooth on it."

Trying to hone her skills through the show opened up opportunities for Loomis, who said the entire experience was a positive learning experience.

The show begins with contestants playing games, which Loomis describes as "a lot of fun." Then the coaches demonstrate how to cook a specific dish on each show with contestants testing her skills at duplicating it.

"You can either replicate it or put your own spin on it," Loomis said. "The coaches taste it and critique it, with the worst being eliminated each week."

Although she cannot discuss specifics of this season, Loomis said she doesn't feel that she is the worst of the contestants competing this year, but she is definite that she is not the best.

Filming for the show was done in Long Island, New York this past summer and is currently airing. Loomis said this is the third episode to air and is by far her favorite one.

The first show premiered on Jan. 5 and was titled "Welcome to the Disaster Show." This episode was the initiation show, chefs and mentors Anne Burrell and Cliff Crooks challenged contestants to prepare a loved one's favorite dish.

Last week's episode was "Worst Cooks Warrior" and is described as this: "The recruits find boot camp transformed into a gladiator-style arena. Chefs Anne Burrell and Cliff Crooks explain that to be a successful chef, the recruits need stamina, speed and a developed palate. For the skill drill challenge, the recruits learn how to make a falafel platter fit for a culinary titan, and in the main dish challenge, they're tasked with making flavor-packed chicken adobo. Anne and Cliff judge all the dishes, and the battle is over for one recruit."

This week's episode is “Beach Bites” which takes contestants to a beachside resort setting. The teams face off in a head-to-head relay race to make a beach picnic basket, and they're tasked with making crab cakes with a sauce and salad. In the main dish challenge, the chefs fire up the grill and have the recruits cook grilled fish dinners. It's smooth sailing for some, but the recruit with the least successful dish must sail off into the sunset."

Loomis said this week's show is her favorite episode.

The contestants come from all over the nation, she said.

"We've got people from the Dominican Republic, Wisconsin, Florida, New York City - we even have another couple from Leitchfield, Kentucky on there," Loomis said. "The producers and everyone with the show were amazing. They worked with such a diverse group of us and we all got along really well."

Loomis won't disclose whether her cooking skills have improved since her experience on the show, but she readily admits that she probably will not be asked to cook the main course for family meals in the near future.

"I might shoot for a side dish," she said.

"Worst Cooks in America" is in its 23rd season on The Food Network.