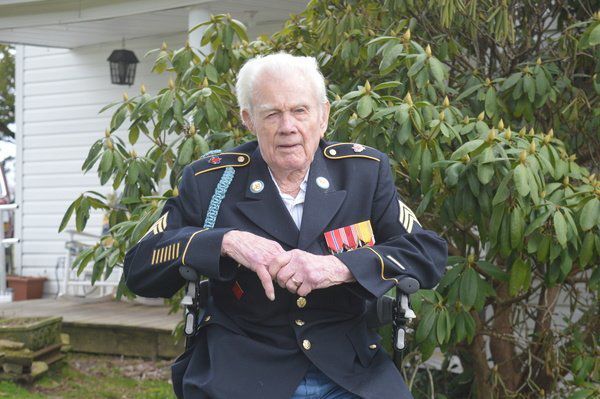 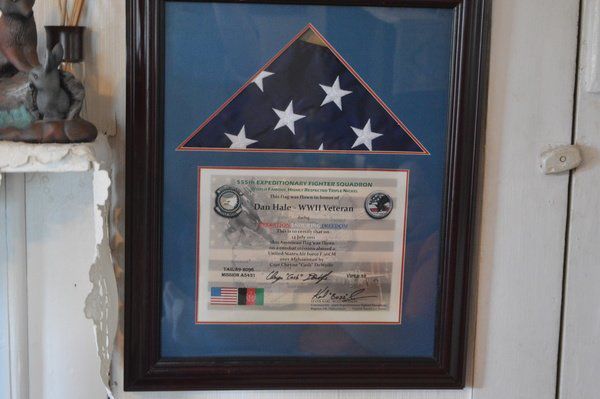 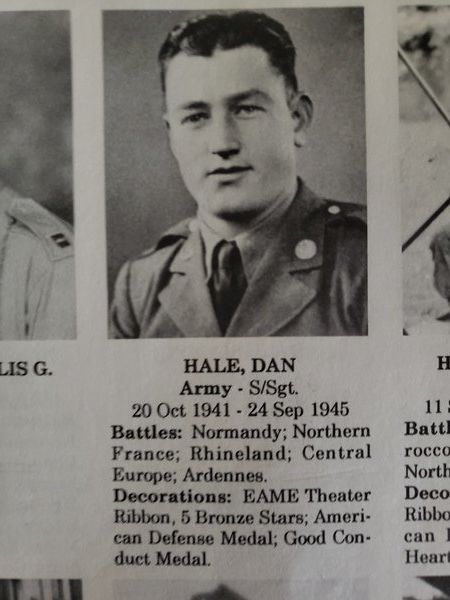 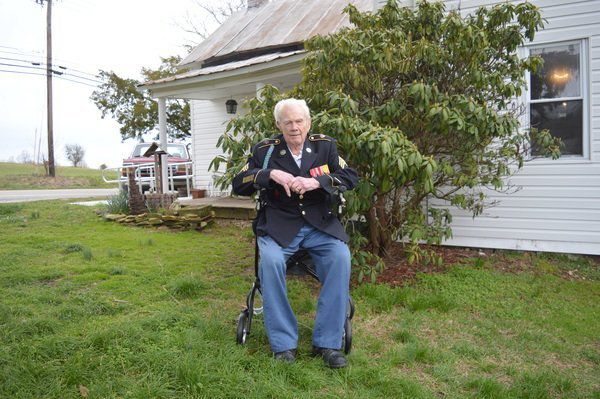 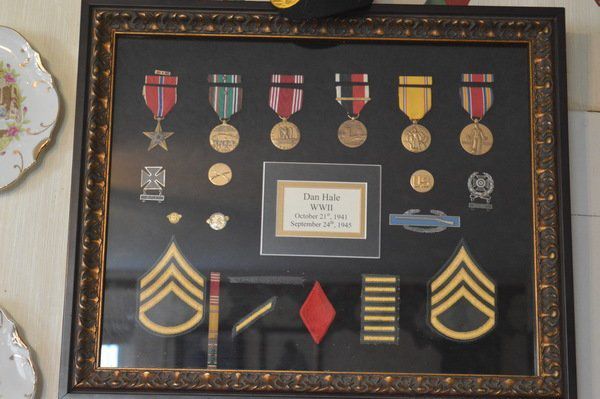 "I went to the Army with only $2," chuckled Dan Hale, reclining on a couch in his Keavy family home. "I spent 50 cents extra for liquor to bring on the bus. Tried to be as wild as I could. I've always been a happy-go-lucky man. If you're tied down all the time, you won't live to be 100."

On Saturday, March 21, Hale's family celebrated his 100th birthday, which is on Monday, March 23. Before his celebration, Hale recalled the moments in his life he'd never forget -- from growing up in Laurel County to braving the front lines during World War II.

Hale went to Hilltop school through eighth grade. He had to make up a year of school -- having missed for working at home.

"Back then, you had to stay home and help your mom and dad farm to raise something to eat," he said.

Hale would spend most of his life in Laurel County. But in 1941, the United States officially entered World War II. On Oct. 20, 1941, at the age of 21, Hale found himself drafted into the Army. Military life was a far cry from steering mules and fox-hunting back in Kentucky, but Hale adjusted.

"I didn't fly any because I want to keep both feet on land. I rode a ship to wherever the Army needed me -- took five boat rides," said Hale. He ate apple butter with bread whenever he got the chance on board, which he believes helped him from getting seasick. Some of the other passengers weren't as lucky, getting so sick they "thought they were going to die."

Many of Hale's peers were from various parts of the US. Hale remembered being called a "hillbilly" by the others.

"Everyone in the Army had a name. Some were Buckeyes, others were Hoosiers, I was a hillbilly. But we all got along and made it through pretty good."

There was one friend Hale made, whom he remembers as a 6-foot tall American-born Russian from Chicago. The two once helped a boy named Quinton keep up with the rest of the squad during a hike.

"Quinton's backpack was too heavy for him," Hale said. "He wanted to give up a few times, but me and my friend helped carry his load. Quinton was able to make the hike, and he thanked us for helping him out."

None of the soldiers were carrying a light load. Their backpacks were stuffed with clothing, food, weapons, ammunition, entrenching tools and so on. Extra socks were vital since it was common to trek through wet mud or get bloody feet walking long distances.

Hale found himself within the Army of General George Patton and was stationed in France, Germany, Belgium, Austria, Iceland, England and Czechoslovakia. He tried to visit all the "biggest towns" anywhere he was sent.

"[Hale] hadn't met Granny yet, but usually, he'll tell you that in Germany the beer was the best and the ladies were fine," laughed Carolee Epperson, one of Hale's grandchildren.

"I got lost all the time," said Hale. "Once I was stuck in Paris, France. I got in a chow line to eat, come back, and everyone's gone. I didn't know which way to go. I hitchhiked and ran into 'ole John Green -- he was a truck driver. He asked me where I'd been, and I said 'I got lost.'"

"Beers?" Hale joked, "I might have. Sometimes I drunk one."

These times were a respite from warfare. Hale fought in Normandy, Northern France, Rhineland, Central Europe, and the Ardennes. It was in Germany that Hale took part in the Battle of the Bulge, the last major German offensive campaign on the Western Front during World War II. It lasted from Dec. 16, 1944, through Jan. 25, 1945.

"It didn't feel good to be in active combat. You couldn't dodge the bullets, you just had to hope and pray they didn't hit you," said Hale.

In Frankfurt, a shell had landed close by to Hale, rupturing his right eardrum. He didn't seek medical attention, opting to fight as long as he could hold a gun.

"We got pinned in a hedgerow. Lieutenant told us to get back up the hill. There were about eight or ten of us. I was the only one that got away. I had to run about two or three hundred yards of the hill. The rest of them got captured. I only got through with a little bit of luck and the good Lord's will," Hale recalled.

Hale spent the end of his military career on Normandy, being sent in after D-Day. He left the military after the war on Sep. 24, 1945. Hale was given an honorable discharge with the position of Staff Sergeant and was awarded the EAME Theater Ribbon, five Bronze Stars, American Defense Medal and the Good Conduct Medal.

While in Czechoslovakia, waiting for a plane back home, Hale noticed a ship had reached the port. Staying true to his feet-on-the-ground mantra, Hale came back home by sea.

"I didn't have nowhere else to go, so I just came back to Laurel County. My mom and dad lived in this house here in Keavy, so I stayed here with them until I met my wife. And she changed my life again," said Hale.

One day when Hale's cousin was picking him up from the church house, they saw Alma and her cousin walking down the road. They decided to give the girls a ride.

"[Hale] dated my cousin for a year before we even dated," said Alma. "We moved from Pulaski County to Laurel, and [Hale's] grandmother was the first people we met here in Laurel County. They were the only people we knew here. They were like our family because we went to church together and everything."

Alma married Hale on Feb. 22, 1947. Together they had five daughters and four sons, 26 grandchildren and 58 great-grandchildren. Today, Hale lives in his family home with Alma in Keavy. He continued to grow his garden until 2019, and today he still helps peel potatoes and can jellies.

"I just like being out in the air all the time, out there doing something in the field," said Hale. "I'm able to keep going because you can't give up. You give up, you won't get to grow old."

Martha Joyce Fraley Cundiff, 54, of Louisa, KY passed away on Saturday, May 30, 2020 in Huntington, WV after a long illness. Joy was born February 23, 1966 in Norfolk, VA to the late John and Elizabeth Fraley. In addition to her parents, she was preceded in death by her brother Brian Fraley.…

Ricky (Rick) Edward Hodge, age 65, went to spend eternity with his savior Jesus Christ on May 22, 2020. He passed away in his sleep, peacefully at home. The son of the late Edward and Eloise (Robinson) Hodge, he was born December 19, 1954, in Cincinnati, Ohio. He married the love of his life…