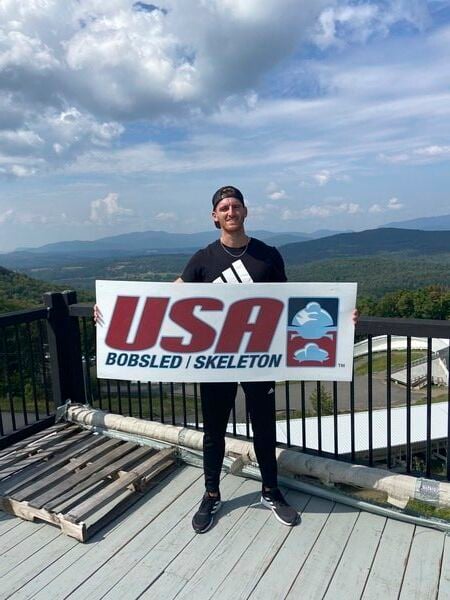 After taking part in the Team USA Bobsled/Skeleton Rookie Camp, Austin Hayes will not only be advancing on to the next training camp in November but has also have been invited to compete at the 2021 US Skeleton National Push Championships at the end of September. | Photo Contributed 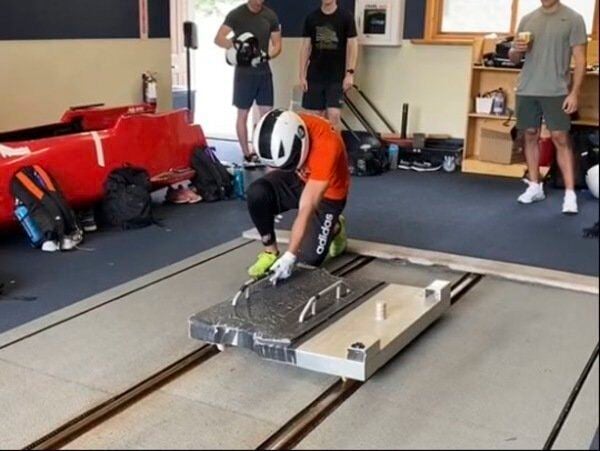 London native Austin Hayes will be coming in the 2021 US Skeleton National Push Championships which will take place on September 29 and 30. The competition will be live-streamed on the USABS Facebook Page. 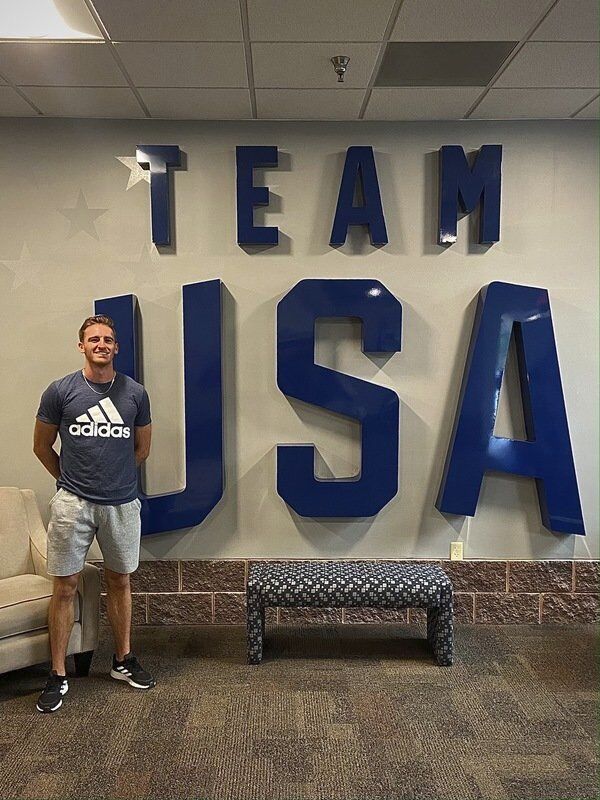 After taking part in the Team USA Bobsled/Skeleton Rookie Camp, Austin Hayes will not only be advancing on to the next training camp in November but has also have been invited to compete at the 2021 US Skeleton National Push Championships at the end of September. | Photo Contributed

London native Austin Hayes will be coming in the 2021 US Skeleton National Push Championships which will take place on September 29 and 30. The competition will be live-streamed on the USABS Facebook Page.

Austin Hayes is all about taking opportunities when they come his way.

Last month, the London native had the opportunity of a lifetime as he was invited to the Lake Placid Olympic Training Center with initial hopes of scoring a spot on the USA Bobsled team and competing in the 2022 Winter Olympics.

During the rookie camp, Hayes discovered a hidden talent for a different sport, though—skeleton, where a person rides a small sled down a frozen track while lying face down and head-first.

“I went to skeleton [practice] just to try it out—I’m in New York at the Olympic Training Center, I might as well take advantage of every opportunity, so I tried it and it actually ended up being the one thing I excelled at, shockingly,” Hayes said. “I went out there to kind of mess around with skeleton and see what it was like and by the second to last day of camp, I was talking to one of the US coaches and he said I was 100 percent a skeleton athlete, I didn’t even need to bother going to the last bobsled training session unless I just really wanted to because it was clear that this was something I needed to pursue.

“It was a very much in the moment decision, I like to jump into things without thinking which probably isn’t always the best decision but I had the opportunity, so I just went for it and they liked what they saw.”

Trying a totally new sport is nothing new to Hayes, as he had only decided to even try bobsledding in March, so trying skeleton on a whim was nothing to him.

“I can’t really explain it but for whatever reason, it doesn’t scare me,” he said. “I’m running full speed down a hill before jumping onto this sled head first with just a helmet on going 90 miles per hour down ice and it just excites me.”

On the final day of the rookie camp, Hayes took part in the camp’s skeleton push championships to see who could push the sled the furthest distance the quickest and to his surprise, Hayes came out on top. He was even invited to compete against current members of the USA Skeleton team and other Olympic hopefuls in the 2021 US Skeleton National Push Championships at the end of this month.

“Fortunately, I have a lot of experience with training against some of the most elite athletes in the world,” Hayes said of the championships. “In track and field at least, I’ve raced against multiple world record holders, current world record holders, so going into a new sport and right into competing against these elite athletes, I don’t think much of it necessarily. I just look at them as the same as me, everyone is out there training hard with the one end goal of making it to the Olympics.”

Hayes will spend two weeks training again at the Olympic Training Center before the competition.

Following the push championships, Hayes has also been invited to continue on to a more advanced training camp for the USA Skeleton team in November.

Hayes still has hopes to eventually try bobsledding again, if given the opportunity.

“The end goal for me, I would say, is just get on the national team and to compete in the Olympics and represent the United States, whether that’s in skeleton or bobsled,” Hayes said. “Right now, I enjoy skeleton a ton and that’s where all my focus is centered on and if it turns out down the road, the opportunity comes about where I can transition into bobsled, that’s definitely something I would do. Right now, I’m just taking everything in.”

The 2021 US Skeleton National Push Championships will take place on September 29 and 30 and will be live-streamed on the USABS Facebook Page.

Hayes is seeking sponsorships and monetary donations to help with funding in preparation for the championships. Some of these expenses include things such as exercise equipment, gear, rehabilitation, nutrition and travel. To donate, visit his Facebook page at https://www.facebook.com/AHAYE10.