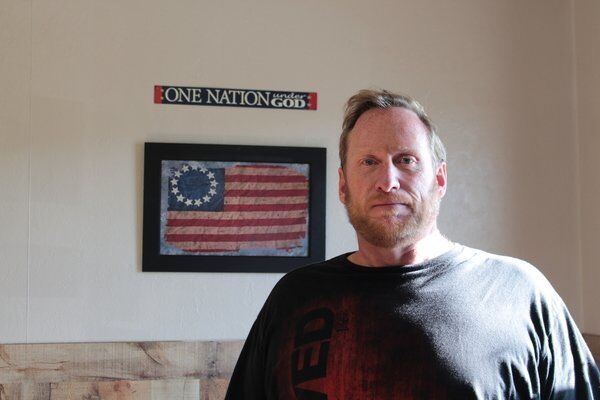 Clifford Smith, owner of Wingz 2.0, said Gov. Beshear has no legal stand to order restaurants and bars to discontinue their inside dining. 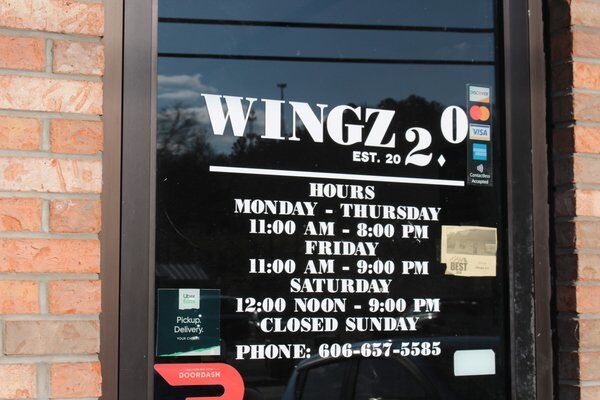 Despite the Governor Andy Beshear's order for restaurants and bars to stop indoor service as the COVID-19 cases continue to rise, Wingz 2.0 on North Main Street is continuing to keep their dining room open. The business was served with a "Notice to Cease Operations" from the Laurel County Health Department on Tuesday.

Clifford Smith, owner of Wingz 2.0, said Gov. Beshear has no legal stand to order restaurants and bars to discontinue their inside dining.

Despite the Governor Andy Beshear's order for restaurants and bars to stop indoor service as the COVID-19 cases continue to rise, Wingz 2.0 on North Main Street is continuing to keep their dining room open. The business was served with a "Notice to Cease Operations" from the Laurel County Health Department on Tuesday.

A London restaurant owner is keeping his dining room open despite Gov. Andy Beshear's executive order prohibiting indoor consumption of food and beverages as the COVID-19 pandemic rages on across the state.

Clifford Smith, owner of Wingz 2.0 on North Main Street, said on Monday that the restriction on indoor dining is a "recommendation" rather than a mandate - and is one that he will not follow.

"He has no legal authority to shut us down," Smith said. "We opened in May in the middle of this pandemic and we've had to make some changes in our staff and our service already."

Smith said he felt the restriction infringes on one's personal rights and that he will continue to offer indoor dining. As his stance against the new mandate became public, Smith said his restaurant business has boomed over the past several days.

On Monday afternoon, the flow of customers continued to grow. One family saw Smith's post on Facebook that he would not be closing his dining room - and they drove from Russell Springs just to have a sit-down family dinner. Two other ladies entered the restaurant and said they'd seen the story on the news and drove from Somerset so they too could have a meal inside a restaurant rather than pickup or drive-through service.

"I've had people come from all over - they're thankful to get to sit down and eat," he said. "I'm making a stand for my business and other businesses and people are supporting me."

Beshear issued the mandated closing of all indoor food and beverage consumption on Wed., Nov. 18 with the order taking effect on Friday, Nov. 20 at 5 p.m.

Mark Hensley, executive director of the Laurel County Health Department, said his department is overseeing such operations and a representative from the local health department had delivered a copy of the executive order to Smith on Monday after Smith's Facebook post from the weekend stated he would remain open for indoor dining. On Tuesday morning, health department officials delivered a "Notice to Cease Operations," that cited Beshear's order.

"If he doesn't shut down indoor dining, we can suspend his food service license, in accordance with 902KAR45:005 under Section 7," Hensley added.

That section addresses the situations in which a food service license can be suspended and is listed as:

"(1) If the rating score of the establishment is less than seventy (70), the establishment shall be issued a Form DFS-214, Notice of Enforcement of intent to suspend the permit in accordance with 902 KAR 1:400.

(2) A permit shall be suspended immediately upon notice to the permit holder without a hearing if:

(a) The cabinet has reason to believe that an imminent public health hazard exists;

(b) The permit holder or an authorized agent has interfered with the cabinet in the performance of its duties after its agents have duly and officially identified themselves; or

(c) An inspection of an establishment reveals a rating score of less than sixty (60).

(3) A permit holder subject to suspension of a permit may submit a Form DFS-215, Application for Reinstatement, in accordance with 902 KAR 1:400.

(4) The permit holder whose permit has been suspended may request a hearing in accordance with 902 KAR 1:400.

With COVID-19 cases rising rapidly, Beshear and health officials deemed a major cause of the spread of the virus has evolved from the close contact and removal of masks inside eateries and bar settings.

Hensley said he understood that restaurant owners/workers were upset over Beshear's latest ruling but that such steps are necessary to prevent another wave of infections.

"I know everyone's tired of this and it's hard on businesses, on people, on families. But we have to work through this - together," he added.