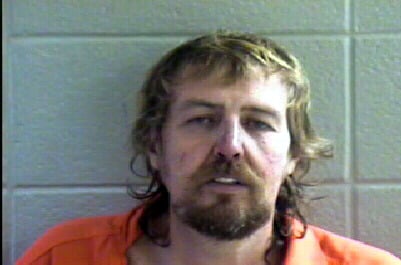 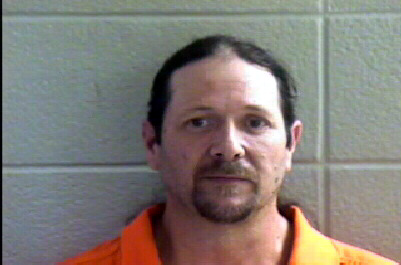 Nathan French was already facing charges of public intoxication, disorderly conduct and resisting arrest Feb. 13 when he was brought into the Laurel County Detention Center. He added a charge of second-degree assault of a police officer when he allegedly hit a deputy jailer. “The subject (French) upon entering LCDC became violent and struck official (McKnight) in face resulting in breaking officer’s glasses,” McKnight stated. Officials said deputy jailers had to use pepper spray to get French under control. McKnight was not injured and as returned to work. French was initially brought to the detention center by Kentucky State Police Trooper Darren Allen. Allen said he responded to French’s home on Rainbow Lane in London following a complaint by family members that French had become extremely intoxicated and was out in his yard where he was trying to instigate a fight with his son. When Allen arrived on the scene, he said French was laying face down in his driveway. “His wife said she couldn’t do anything with him,” Allen said. An ambulance was called to the scene, but when the EMTs attempted to place French in the ambulance, he reportedly became combative and tried to hit the EMTs. Because of that, Allen said he took French into custody and placed him in his cruiser to transport him to Saint Joseph London. “Subject combative at hospital so had to be restrained again,” Allen stated. Allen was arraigned in Laurel District Court Friday. Because he is facing a felony charge, a not guilty plea was entered on his behalf. He has been released on a $10,000 surety bond. • Truck driver arrested for allegedly driving intoxicated A truck driver was arrested by Kentucky Vehicle Enforcement for allegedly driving his big rig while under the influence of intoxicants KVE Officer Travis Rogers said he was working at the weigh station on Interstate 75 south about 7:30 p.m. March 13, when Charles Allen pulled through on his way from Columbus, Ohio to Atlanta Ga. Allen’s truck was selected for a random inspection. “From his actions he appeared to be under the influence of something,” Rogers said. “He had slurred speech and was unsteady on his feet.” Rogers said a number of field sobriety tests were conducted, but Allen failed them. However, a breathalizer test did not show alcohol in Allen’s system. Allen, who was driving a truck loaded with general freight for LandAir Transport out of Greenville, SC, was taken into custody and charged with violation of federal safety regulations, driving under the influence of alcohol/drugs and commercial driver driving under the influence of alcohol/drugs. “Someone from the company came and got the truck,” Rogers said. Rogers drug tests are being performed to determine what, if anything was in Allen’s system. However, it will be several months before the results come back.