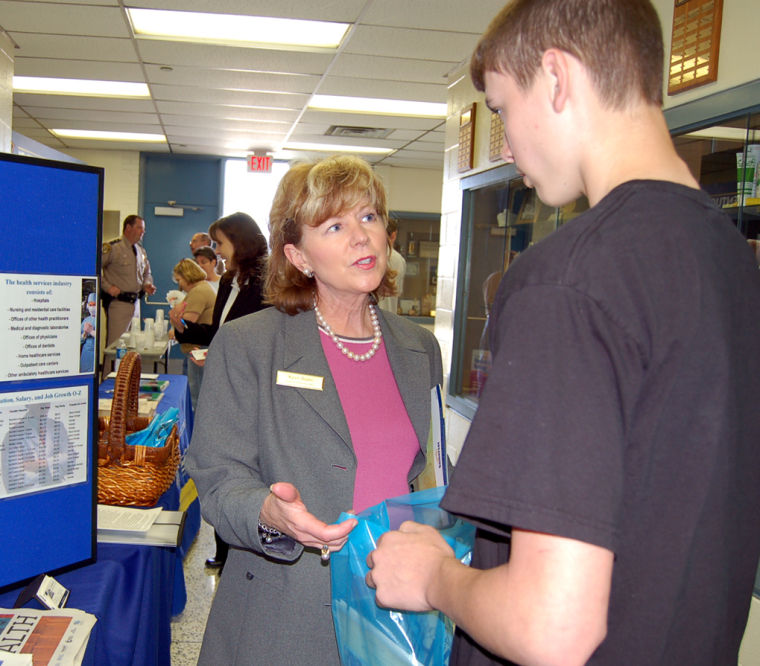 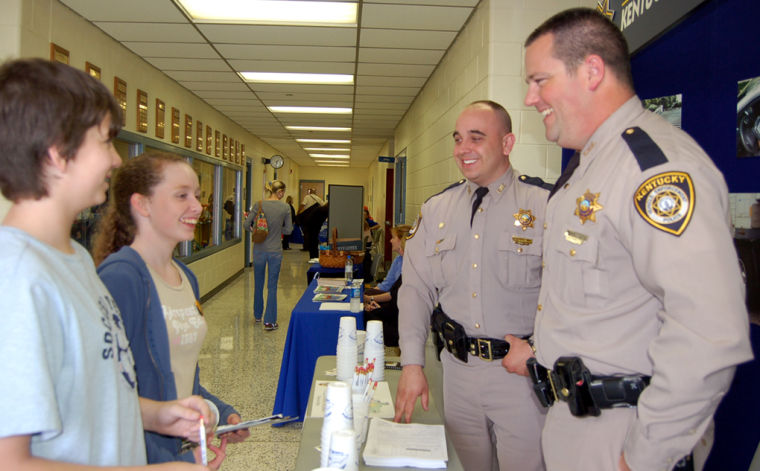 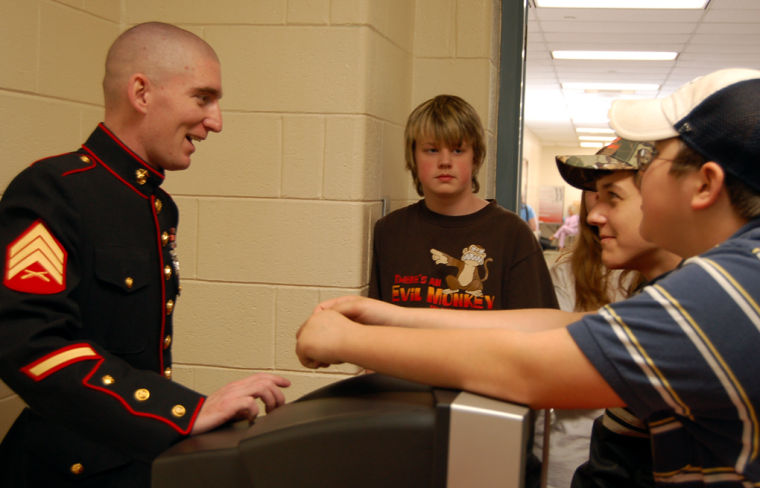 Sgt. Travis King talks to Andy Cornn, Brandon Archer and Larry Warfield about what it takes to be a marine in the United States Marine Corps.

Sgt. Travis King talks to Andy Cornn, Brandon Archer and Larry Warfield about what it takes to be a marine in the United States Marine Corps.

Somerset Community College’s hallways were lined with booths, backboards and a bunch of information Thursday, as more than 500 people came to check out the institution’s third annual career and college expo. In all, 37 area employers and agencies participated in the event, including CSX, Wal-Mart, HSBC, United Parcel Service, Marymount Medical Center, WYMT Television, Laurel Heights Nursing Home, and the Laurel County Health Department. As well, 13 area colleges were also represented. Organizer James M. Davis, who is a college counselor on the SCC Laurel Campus, said the expo’s goal was to provide SCC graduates and alumnus with an opportunity to meet prospective employers. They were also invited to speak to representatives at other colleges to see how they can continue their education. But the free event was also about community involvement. Schools from Laurel, Whitley, Rockcastle and Clay counties were invited to attend, with students crawling the hallways carrying bags filled with literature, pens, pins and other goodies. Those manning the booths were impressed by the numbers and interest of attendees. “Students wanted to know our qualifications, whether we like our jobs, asked what the agency does,” Kentucky Vehicle Enforcement Officer Greg Reams said. “We’ve had a real positive response. It’s been a real nice turn out today.” Sgt. Travis King, who was the representative of the United States Marine Corps booth, said he fielded all types of questions from students. He said kids asked how long he has been a marine (seven years), where he has traveled (over 20 countries) and how long boot camp is (13 weeks). Whitley County Middle School student Andy Cornn was inspired after speaking to King. “I think it would be pretty cool,” he said.