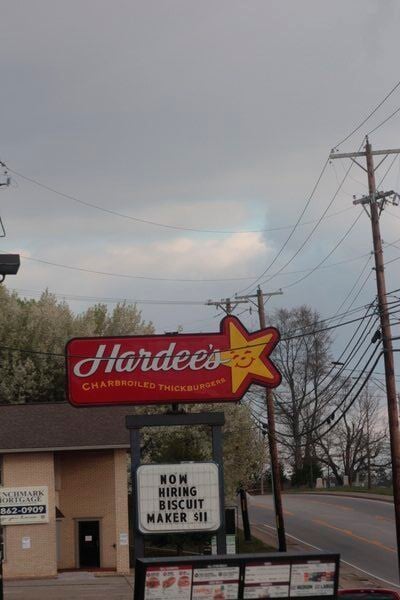 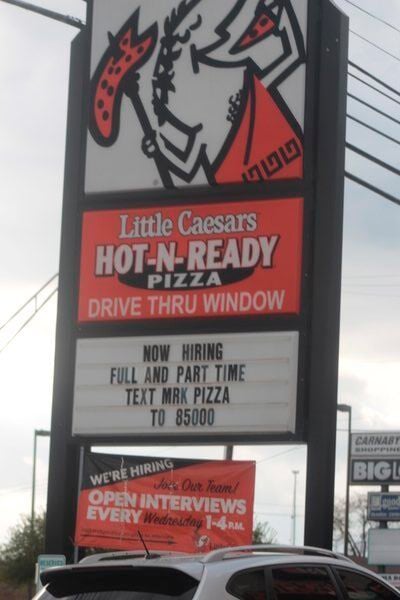 Local restaurants and chain restaurants are in need of employees as restrictions have been lifted and more people are dining out.

Local restaurants and chain restaurants are in need of employees as restrictions have been lifted and more people are dining out.

The Sentinel Echo will be publishing a series of articles regarding the hiring crisis in the county. This initial edition looks into the problems faced by many local restaurants who have recently been forced to close during lunch time due to a shortage of employees. This section investigates the trials that restaurant owners/managers are facing as their business booms with customers but cannot accommodate their business load with few employees available to serve the customers.

Mike Caffrey hasn't had a day off work since Christmas.

He's been working every day, as many hours as possible at his London restaurant, Old Town Grill. Caffrey isn't money hungry or greedy - he's simply trying to keep his store going with a limited number of employees.

"I can't get any workers," he said. "And it's not just me - it's everywhere, in London, in other states, nationwide. People don't want to work."

Despite the pandemic that shut down many indoor dining facilities last year, Caffrey and other restaurant owners are now in dire straits for employees.

Caffrey agrees with the logic of those who aren't actively seeking work, as well as realizing that many people formerly employed in the restaurant business left during the shutdown to seek jobs in other professions.

"I understand why they left. But it's hard to run a business when you can't get anyone to work. It doesn't help that people are getting $600 a week unemployment, other government benefits, supplemental insurance. Then you have the stimulus and many are getting back huge tax refunds too so they don't feel they need to work," he said. "I'll hire anybody between 17 and 80 and I can't get any workers and it's so frustrating. I've been doing restaurant business for 36 years and this is the hardest year I've ever had."

Caffrey said he has advertised on Facebook, run banner ads, and even paid for advertising over local radio stations in hopes of recruiting more staff. The dilemma is becoming worse, he said, having to shut down for lunch on weekdays except Friday because he lacks the staff to serve the demand he has in customers.

"Business is picking up but I don't have the staff to serve people. There's an expectation of customers - they want to come in, have a drink and appetizer. But they don't want to wait for an hour for their meal," he explained.

The cancellation of lunch is a huge business loss for Caffrey, but he realizes that he cannot push his existing staff beyond their limits.

"My two main preps are 65 years old. One has had cancer, the other has COPD. They're good workers but I can't expect them to work 7 days a week. They have to have a day or two off," he added.

Caffrey oversees several restaurants and the shortage of staff has pushed him to managing the London OTG while his wife manages the business in Somerset. Both are working double shifts to maintain their businesses, but Caffrey admits it is taking a toll.

"People think because we have a restaurant, we're rich. I'm not like a corporation - what I make in my store is what I have to live on. If my stores don't succeed, I'm unemployed. I don't have a retirement plan. I live on what my stores generate," he explained.

Like OTG, Shiloh's, The Abbey and other restaurants which serve alcohol cannot hire persons under 21 in certain positions.

Co-owner Shawn Yantis said the lack of staff has caused The Abbey to close on Sunday and Monday - simply to let the staff rest.

"That hasn't really hurt us, but it hasn't helped us," he said. "I need cooks and servers, maybe another bartender. But I really need cooks. My highest turnover is in the kitchen. Before the shutdown I had five cooks, now I only have three. I can't work the cooks seven days a week - that's the best way to burn them out. So we're closed two days."

Although the servers at The Abbey only make $2.13 an hour, they make up the difference in tips. The same applies to bartenders who make $4 an hour plus tips.

"We have regular clientele who tip well," Yantis said. "So most of them make decent money. The tips are like a payday every day."

He is concerned about his lack of staff when the weather clears and the tent in the back of the restaurant is open for seating, stating that it will be similar to another dining room - and fears he won't have enough staff to handle the increased customers.

Charlie Zanto, director of operations for Shiloh's, Shiloh's Express and Steak 'N Shake, is fully aware of the situation and said he is more than happy to hire those between age 16 and 20 but what they can do is limited under Kentucky law.

He does, however, gladly place the younger group in positions of host and hostess where they handle take out orders and seat customers. He said he is fortunate that a high majority of employees who were laid off during the pandemic shutdown last year had returned.

"Amazingly, we got about 90% back at all three locations - Shiloh's, Shiloh Express and Steak 'N Shake," Zanto said. "When we could open back up for dining in, it was a little slow because people were afraid to get out. But it's picking back up again and we don't have enough staff working."

Zanto said the three businesses in London are doing well, despite staff shortages.

"All three restaurants are doing very, very well. And we've given system increases pay wise. Our servers make $2.13 an hour but they keep all the tips they get - they don't get those raises. But we have the highest paid server in the area, right here," he added. "They take home $200 for a night's work sometimes and that's pretty good money."

Zanto said he is hiring people at all three restaurants.

"I still need 10 people for all positions. People come in and say they want to do one job but they may do better at another one," he said. "I've learned that if you let people do what they want to do and the times when they want to be here, you will keep them longer."

Recruiting them has even presented problems, however, as Zanto said people submitting applications often show no interest - or sometimes don't even answer their phone. He, like Caffrey and Yantis, believe part of the problem is the additional unemployment bonus, coupled with it being tax refund season and the recent stimulus payments.

Yantis sympathizes with fellow restaurant owners and the dilemma they all face.

"There are 'Now Hiring' signs all over town - everywhere," he said. "The jobs are out there. We just can't find the bodies to work."