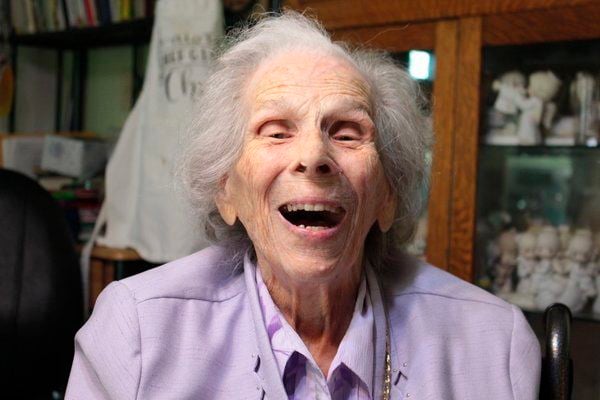 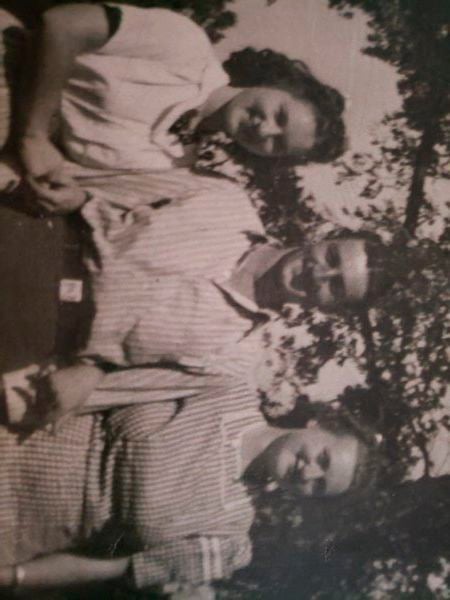 Dan Hale, who reached his 100th birthday in March, is pictured here with his sisters, Virginia and Irine Hale. Dan was 19 years old in this picture, which was taken just before he left for the military during World War II.

Dan Hale, who reached his 100th birthday in March, is pictured here with his sisters, Virginia and Irine Hale. Dan was 19 years old in this picture, which was taken just before he left for the military during World War II.

Two Laurel County residents have already endured many epidemics and hardships, but even they are surprised at the extent that the COVID-19 pandemic has had on the world.

Dan Hale celebrated his 100th birthday in March and was 9 years old when the Great Depression economic crisis took place. The oldest of three children, with two younger sisters, Hale spent much of his youth going behind a mule plow in the fields and the family's garden. In that era, families living in the country primarily raised their own food, and Hale's family was no exception.

The garden provided the vegetables, while fishing and hunting was the source of meat.

"We had squirrel, rabbit, and we raised cattle and hogs to kill for meat," Hale recalled. The family also had a milk cow and chickens.

"Neighbors in that time would help each other by swapping work and borrowing a milk cow. Chickens were used in town to barter eggs for food and could sell hens," he said. "There was a local place that ground cornmeal and they would keep a portion of the cornmeal as payment."

Fresh milk was kept cold by keeping it in a spring during the hot summer months, and the garden produce was dried and canned to preserve it for food during the winter months. Neighbors shared and divided their supplies when others ran out.

Hale's father worked on the railroad when the economic disaster hit, but Hale doesn't recall his father's job being affected. But he does recall getting the news of the Great Depression from neighbors who had a radio or TV, although his own family did not.

News also came from his grandmother, Alice Hale, who operated a general store that also included the post office she ran.

"Customers were given credit who bought items at the store and it was recorded in a small book. When she became ill and couldn't run the store anymore, she relieved those people of their debts by tearing up the book," he explained.

People during that time of American history only went to town once a month, where they picked up their mail at another post office. If a family ran out of supplies before the month's period, they would borrow from their neighbors, then repay them once they restocked from their trip to town.

Hale remembers school being held only from August to December, so children could help with the garden crops. The teacher would stay with families in the area due to limited transportation.

Hale, who served in the military during World War II, also recalls rationing of food.

"Rationing stamps were given out once a month and families could only get limited amounts of coffee, lard and sugar," he said.

Another item sparsely found during that time were nylon stockings, because nylon was being used to make parachutes for the military personnel as fighting across the world continued during the 1940s.

As news of the coronavirus pandemic spread across the world, Hale felt that the United States was very proactive with the social distancing, but did question the extent of the business shutdown. He does feel that the United States was more strict than other countries, but that much of the pandemic could have been controlled better had there been restrictions on travel to the U.S. from other countries in the beginning of the pandemic.

Pauline Hulett has some similar beliefs. As she approaches her 104th birthday next month, Hulett said the Great Depression was not a major factor in her life growing up.

"The Depression was for city folks. We were country people," she said. "We raised our own food in the garden and with hogs and cows and chickens. I learned to milk a cow and helped milk 14 a day. We sold milk. The Great Depression didn't bother us."

The family also raised corn, which was taken to the mill and ground into cornmeal, as well as raising wheat. Tobacco was set by hand in those days, and the selling of the crop is what generated money for Christmas gifts for the children in her family, as well as pay off any credit at local stores where families often charged their supplies.

Being raised in Bryantsville, Kentucky, which is near Lexington, Hulett began her educational training by riding a Bluegrass bus to school, at age 7. Although the family moved, she continued through school until she completed the eighth grade - which was quite an accomplishment in those days. But Hulett went on to high school and graduated.

The family moved to Camp Nelson, where Hulett rode the school bus in the morning, but walked home in the evenings. It was during that time that her family joined in with her uncle in operating a general store near Danville. She recalled the rationing of supplies during World War II, although she said operating the store didn't create a hardship for her family.

Hulett's father always had a car, she said, and she learned to drive a Model T Ford when she was a mere 9 years old. The family would always go into town on Saturdays where she would go to A&P Grocery. On Sundays the family went to church.

"We went to the Methodist Church. I was baptized in the Kentucky River when the church building was at Camp Nelson. I wore a white dress and just walked into that water," Hulett said.

Her mother played piano at the church and learned to play the organ. She always knew the preacher would be at their home for Sunday dinner.

"We had preachers from Asbury College come and preach," she said. "I always knew they'd be there in the spring for fresh fried chicken and strawberry shortcake."

As one of nine children, Hulett remembers World War II as a difficult time for her family as well.

"There were six brothers in my family and four of them were in World War II at the same time. My brother Andy got shot in the leg, one was in the Battle of the Bulge and the others were in Normandy and France," she continued.

She also remembers her mother being severely sick with the flu one year. Hulett was only 2 years old then and the family had a newborn baby. But an aunt took the baby to care for it while Hulett's mother recovered - but instead, the baby died.

"I can remember my mother saying if she'd just kept the baby with her, it never would have died," she said. "My mother grieved over that baby."

Hulett has seen a lot of changes in her lifetime - some of which she doesn't feel has been best for the other generations. She married at age 18 and had six children - two of whom she has outlived.

"We didn't have dogs in the house when I was growing up and cats stayed in the barn," she said. "People now don't know what hard times are. We raised our food, went blackberry picking and made pies and jams, made lye soap, and put up food for the winter. Women worked then as much as men, taking care of the children and putting up food."

She said she believed that this generation would never make it with the limited resources that she had growing up.

"If people had to live that way today, they'd go under the very first day," she said.