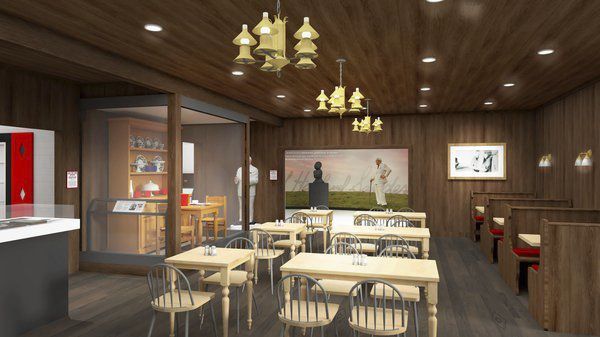 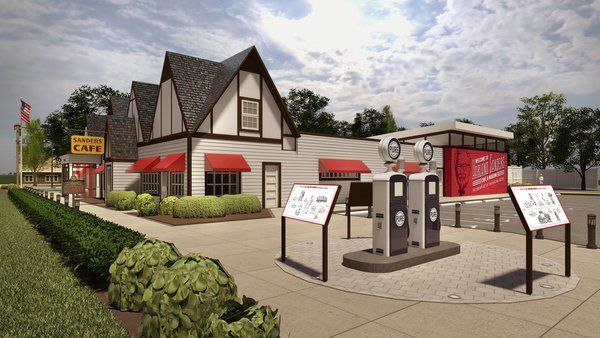 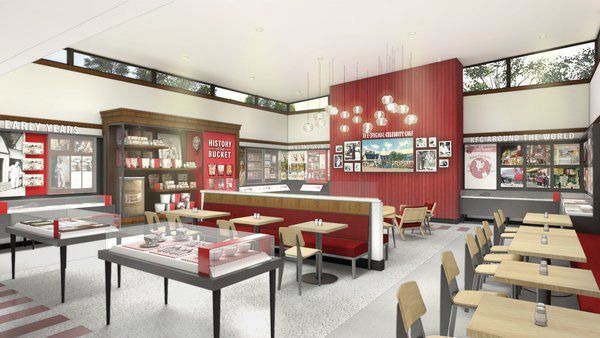 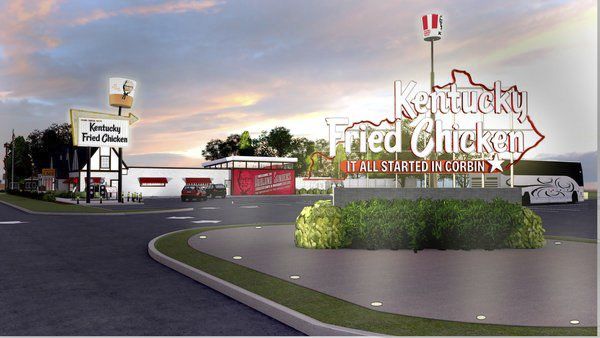 A rendering of the exterior of what Sanders Café will look like after the renovations.

A rendering of the exterior of what Sanders Café will look like after the renovations.

CORBIN – Kentucky Fried Chicken® franchise partners, JRN, Inc., are making a significant investment to renovate and expand the famous Sanders Café KFC located in Corbin. Major construction will begin this week to update and expand the restaurant and museum, transforming the guest experience for its visitors from all over the world.

Today, the restaurant features the original Sanders Café dining room, showcases a model of the Colonel’s original kitchen and a replica hotel room. Those elements will keep their historical integrity and receive some updates. Renovation plans also consist of a 3,000-square-foot addition, which includes a dining area expansion that will offer seating for up to 132 guests.

Plans for the restaurant’s renovation were entirely custom created to keep the historical integrity of the location while adding additional square footage and expanding memorabilia displays that highlight the history of the place and the KFC brand.

Though the redesign is unique to this location, some design elements are drawn from KFC’s signature American Showman design aesthetic, which pays tribute to Colonel Sanders.

Some key elements featured in the interior of the restaurant will include:

— Model of Sanders Café’s original kitchen and a hotel room

Sanders Café, located at 688 Hwy 25 in Corbin, is the birthplace of KFC’s Original Recipe. It is where KFC’s founder, Colonel Harland Sanders, perfected his secret recipe of 11 herbs and spices more than 75 years ago. That recipe is still served today in KFCs everywhere.

Originally established in 1937 as a gas station along U.S. Route 25, Sanders Court eventually expanded to include a motel and café where the Colonel offered guests a hot meal and a place to rest along their journey.

KFC franchisees Linda and John R. Neal purchased the Corbin KFC in 1973, and following a renovation, they reopened it as the Harland Sanders Café and Museum on Sept. 9, 1990, which would have been the Colonel’s 100th birthday.

The restaurant continues to be owned and operated by JRN, Inc., headquartered in Columbia, Tennessee. Despite the passing of John R. Neal, JRN remains a family-operated company with his sons becoming second-generation KFC franchisees.

“We grew up in the KFC business and to be the caretaker of the place where it all began is truly special,” said Tyrone Neal, President, JRN, Inc. “We welcome thousands of visitors from all over the world to Corbin each year to see the birthplace of the Secret Recipe, and we want them to have a KFC experience like none other. That’s what this renovation is all about.”

In 2007, JRN purchased the Colonel’s former home and property, which is adjacent to the restaurant and is also undergoing renovations.

“The Neals have been incredible partners and their commitment to maintaining the Harland Sanders Café and Museum in Corbin as a historical landmark is unwavering,” said Brian Cahoe, chief development officer, KFC U.S. “This renovation will give visitors from all over the world an incredible KFC experience, while preserving the historic integrity of the location. We are grateful to the Neals for their vision and for their dedication to preserving the place where it all began.”

The Sanders Café was owned and operated by Colonel Sanders from 1940-1956 and was added to the National Register of Historic Places in 1990, which also marks the year when it was last renovated.