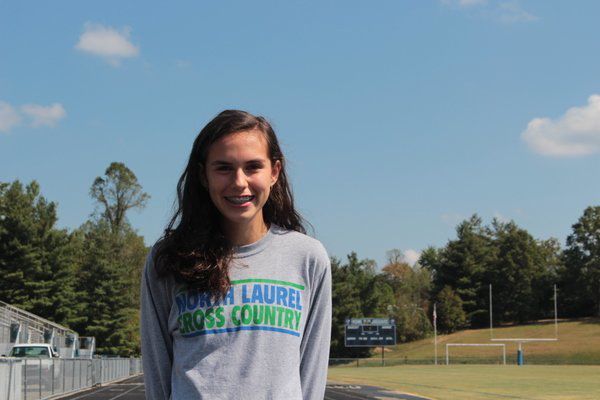 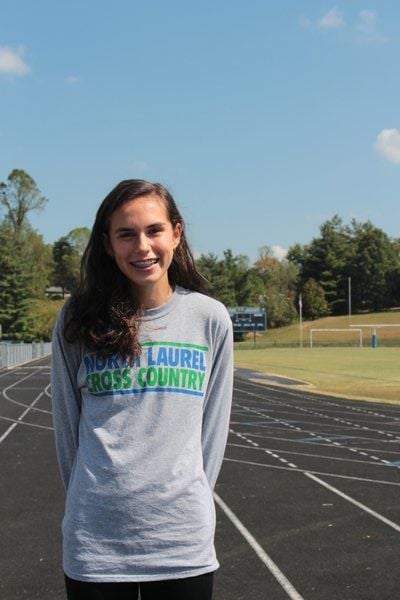 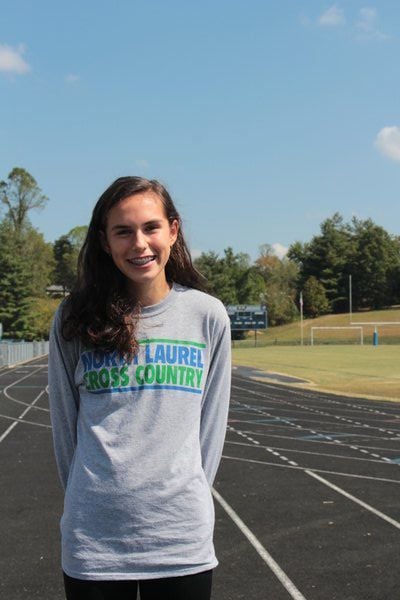 Instead, she runs directly to them.

Jackson is a member of the school's track and cross country team and, with the help of her teammates, recently broke the school record in the 400 meter and 800 meter competition. The team also won the regional title.

Jackson also juggles three AP classes of U.S. history, biology and language and composition as well as Spanish and anatomy and maintains a 4.0 GPA. She also works 20 hours per week at the London Kentucky Fried Chicken.

"I got a 5 on my AP Spanish test which is the perfect score," she said, smiling.

Although Daniela is taking Spanish in high school, she is already bilingual, speaking both English and Spanish.

She said she loves her anatomy class and likes any course dealing with the body and how it functions.

"I want to become an OB/GYN," she said. "My grandma had lung cancer and I always wanted to help her. I'd like to help women with their health. That's very important to me."

She won't deny that she is also interested in the obstetrician part of that certification and would have no problem working in a hospital to deliver babies.

Although she knows that will be a long and difficult journey of school and training, Jackson is no stranger to hard work. In fact, that's the mindset of her entire family.

Her mother, Maria Luisa, was raised in Mexico but came to America and married Danny Jackson. The couple had two daughters, with the eldest daughter serving as Daniela's role model.

"My sister influenced me most in life," she said. "She ran and worked and I always thought if she could do it, I could do it too. We say she was the guinea pig, so I've always felt that more was expected of me because of her."

Her day involves getting up for school, doing her classwork, participating in track and cross country practice immediately after school and often, going in to work until 10 p.m. When she has a test the next day, she utilizes her limited free time to study.

"I get up around 6 and I get here to school around 7:30. I use that time until class time to study," she said. "I don't consider myself smart. I consider me working to improve."

While keeping her grades at the near perfect level, Jackson said her parents are not real sticklers in demanding excellence. They do, however, expect her to do well.

"My mom compares the grades on my report cards and sometimes she'll say, 'You dropped some in this class.' But she also notices when I come up in a class," Jackson explained. "We realize that we aren't the most brilliant people, but we work hard."

The inspiration Jackson gets from her parents is to simply go for a career in something you enjoy doing.

"Both of my parents have had jobs they didn't like. So they always told us to study what you love," she explained.

She doesn't fall prey to many of the pressures that teens today face. For one, she stays busy between practicing and competing on the cross country team during the fall and track in the spring. Secondly, a lifestyle filled with partying and partaking of activities that don't enhance your future are simply not enticing to Jackson.

With their Mexican heritage, the family travels to her mother's homeland once every year and attend their church - the Universal Church of God and participate in the Feast of the Tabernacle, a Mexican custom. While in the United States, they watch services online.

This teen wants to be remembered by her classmates as being a hard worker as well as being generous and kind to others. Success, she feels, is interlinked with hard work and happiness.

"I think being successful is doing things you like. My thing is running. I work out problems when I'm running," she said.

Her words of advice for those whose goals seemingly do not reach their expectation are simple.