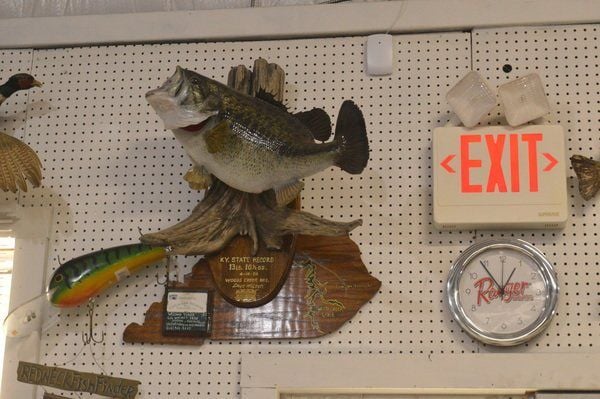 The current record-holding bass in Kentucky. It was caught by Dale Wilson on Woods Creek reservoir in 1984. 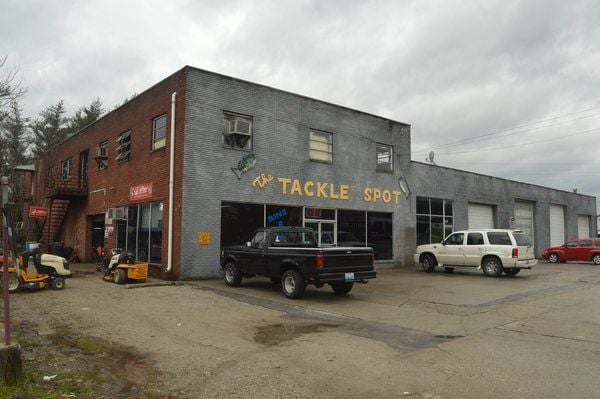 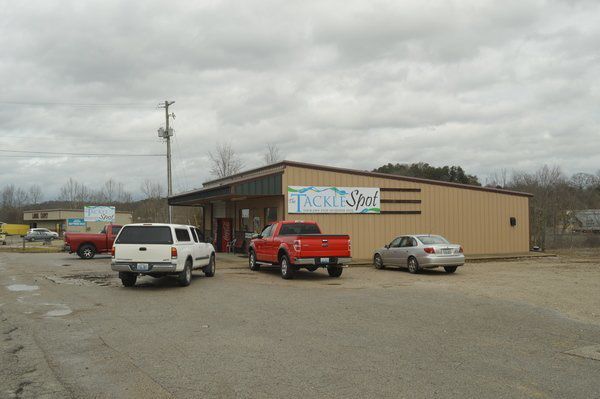 The current record-holding bass in Kentucky. It was caught by Dale Wilson on Woods Creek reservoir in 1984.

Bass caught throughout the years all hang along its walls. Right above the doorway is a bass weighing 13 pounds, caught by Dale Wilson on Woods Creek in 1984. This bass holds the current Kentucky State Record, says Bill Stewart, owner and founder of The Tackle Spot.

"I started The Tackle Spot in '85 - that was a long time ago," reminisced Stewart. "I started it because I had nothin' else to do. At the time, the building was empty and the rent was awful cheap. So I started the shop as a hobby."

The Tackle Spot is a locally owned shop offering fishing and archery necessities, as well as a place for fishermen to get together and talk about old times. Formerly on 1903 North Main Street, the store moved to 990 North Laurel Road last month.

"I've been fishin' since I was a teenager," Stewart continued, "There was nothin' to do when I was a kid 'cept fishin' and huntin'. It was a kid's curiosity that got me into fishin'."

Stewart was eating salad in his office as he spoke with Dennis Hammonds, the coach for South Laurel High School's fishing team.

"I enjoy fishing, and it's a no-brainer it took off at South," said Hammonds. "The kids love gettin' out on the lake and having fun. We've got kids who enjoy goin' out and fishing every opportunity they have." Hammonds boasted that his pupils won regional competitions the last three years in a row, with some of his students even winning nationals.

"I talk to a lot of the guys that come here. A lot of them are my boat captains," added Hammonds. He explained that boat captains act as individual coaches for each student. They teach kids different fishing techniques and how to use different types of bait.

"This is a good place to pick up boat captains" Hammonds continued, "that's the key to high school fishin' -- havin' enough boat captains."

Hammonds met Stewart several years ago fishing together in a tournament. The shop now offers South bass fishing team members a discount on fishing gear, and Stewart is considering acting as a boat captain for their team in 2019.

"The Tackle Spot works with us real well and they've got products I like using" added Hammonds. "The Quantum rods are real sensitive. If you're throwin' a crankbait and you hit something, the rod will yield with it and won't get held up as much."

While he assists South's fishing team, Stewart said he appreciates all of Laurel County's local sports and enjoys providing moral support. As for The Tackle Spot, he isn't sure what the future of the shop holds.

"I'm really old. I'd probably die off an' leave it. That's the truth. I have no family and no kids," said Stewart.

He still fishes as a hobby, now competing in Veterans of Foreign Wars (VFW) fishing tournaments as an honorary member.

"When you're fishin', just go out there and have a good time. Enjoy the outdoors," said Stewart.

"If you go out with the attitude of enjoyin' it, you'll be hooked," said Hammonds, "It's something you can do all your life. You'll meet a lot of cool people too."

John Henry McGeorge, 88, of London, passed away Friday, July 10, 2020, at St. Joseph - London. He was born on July 10, 1932, in Jackson County, Kentucky, the son of the late Robert and Edith Woods McGeorge. He is survived by his wife, Lillie Mae York McGeorge of London, four sons, Charles Mc…