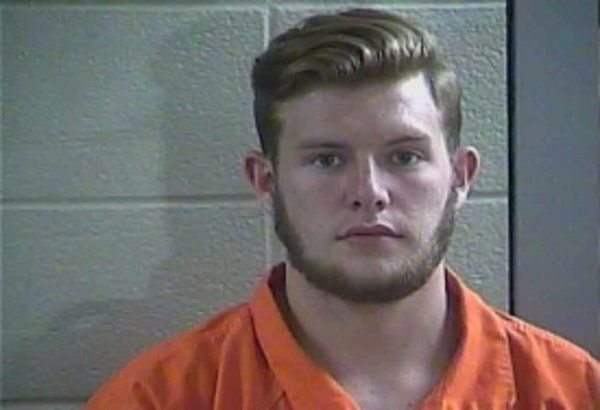 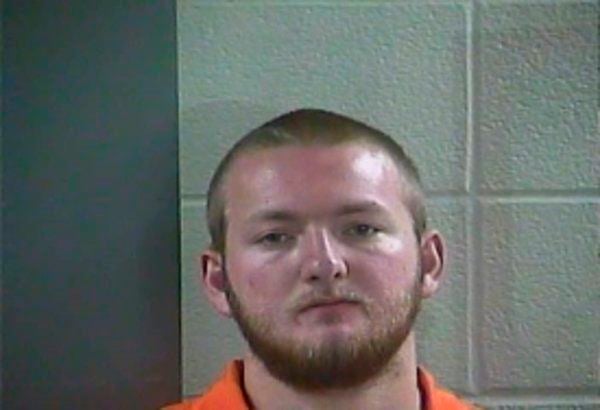 Two men accused of abusing a stray dog and inevitably causing its death appeared in Laurel Circuit Court Monday where another pretrial conference was set.

Noah Blevins, 18, of London and Toby Harrison, 20, of East Bernstadt stood before Judge Greg Lay on Monday for a pretrial conference.

Blevins had been arrested Oct. 30 for bond forfeiture and remained in jail Monday when he appeared in Laurel Circuit Court, where his attorney filed his withdraw from the case.

Attorney David Hoskins was also on hand to take over Blevins' defense. Hoskins said there had been some miscommunications with 18-year-old Blevins and Blevins did not know he had to report to court, which had caused the bond forfeiture.

Judge Greg Lay gave Blevins another chance and allowed him to be put back on his original $25,000 cash bond. Blevins was released later Monday afternoon from Laurel County Correctional Facility.

To allow Blevins' attorney time to get familiar with the case, another pretrial conference was set for 9 a.m. Dec. 16.

The case of the abused dog occurred on July 31, and resulted in the arrests of four young men over a four-day period. Harrison and Blevins are charged with torture of a dog, second-degree cruelty to animals and third-degree unlawful transaction with a minor.

The two were indicted in October by a Laurel grand jury. The indictment states that Harrison and Blevins intentionally inflicted "extreme physical pain upon the dog motivated by an intent to increase or prolong the pain of the dog and thereby causing the death of the dog." It continues with the cruelty to animals charge as "intentionally mutilating, beating or tormenting a dog," as well as "knowingly and unlawfully selling, giving, purchasing or procuring an alcoholic beverage" for a person under age 18.

The incident came to light when a video of someone punching a dog in the face and knocking it to the ground, was placed on social media, with the public contacting authorities regarding the incident. An investigation into the incident led Laurel Sheriff's officials to Harrison and Blevins as well as a 17-year-old. Just days later, a fourth person, 18-year-old David A. Griffith, was arrested in connection to the incident.

After the video went onto social media, the teens were arrested and charged with abusing the dog, which was found with numerous stab wounds and left in a field in the East Bernstadt area. The property owner recognized the dog as a stray she had been feeding and launched a search of her property. The dog was found suffering from the beating and stab wounds and died while the property owner was en route to a veterinarian office.

Days later, Griffith turned himself in to Sheriff's officials and admitted that he was the person who videoed another male hitting the dog. He is charged with obstructing governmental operations for his initial statements that he only transported two males from the East Bernstadt area to their homes.

Griffith denied any other knowledge of the abuse, but is facing a jury trial on January 8, 2020, in Laurel District Court for misrepresenting facts to authorities and for supplying alcohol to minors. Although only one of the four involved in the incident are under age 18, it is illegal in Kentucky to purchase alcoholic beverages under age 21.