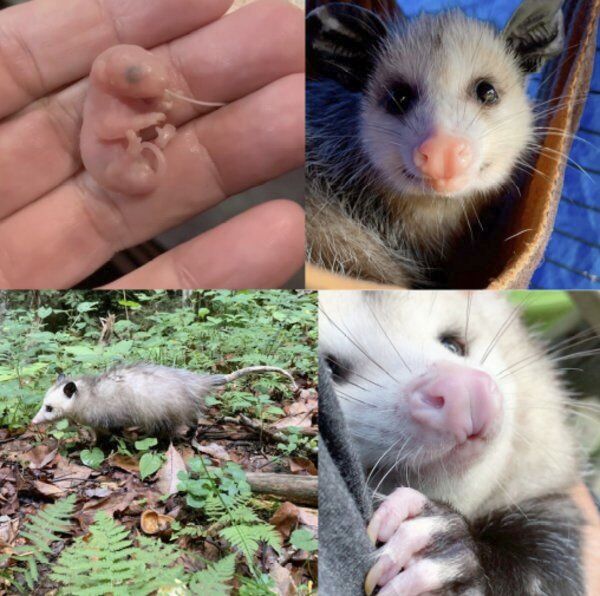 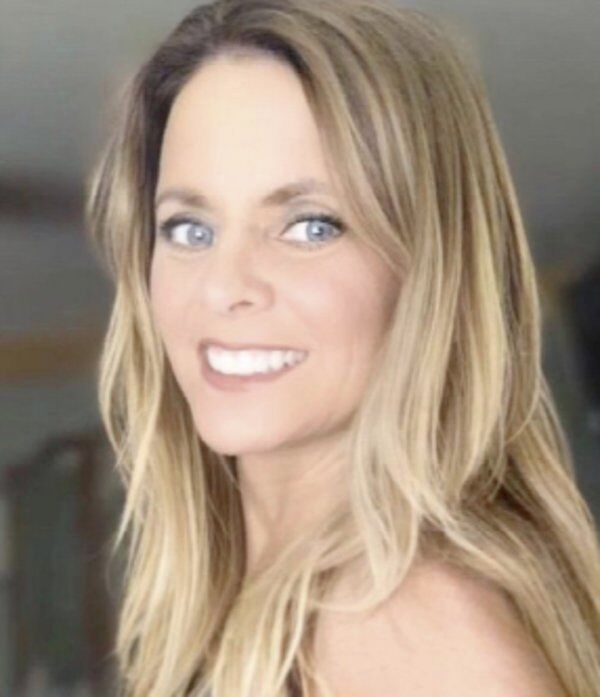 Before you say “Ewww! That nasty animal that will give you a disease” or “That’s a big ‘ol rat and will eat you up!”... hear me out, because I used to say those things too, before I was reintroduced to the awesome Virginia opossum!

Over 70 million years ago dinosaurs roamed the Earth. While they are now extinct, one animal who shared the same land with the dinosaurs still exists today… The Virginia Opossum! And yes, there is a difference between opossums and possums. Possums live in Australia. We’ve got a different animal here in North America--the opossum--and it’s our only native marsupial! South and Central America does have their opossums… 103 species of them, to our 1 species. They are not even remotely related to rodents. Their closest relatives are Koala Bears, Kangaroos, Wombats, Tasmanian Devils and Sugar Gliders. They are nocturnal, meaning they sleep during the daytime and hunt for food and mates at night. They are solitary after becoming an adult--they don’t live in a group with other opossums.

The Virginia Opossum’s fur usually has a white undercoat with the ends being a variation of gray, black, brown and a cinnamon color. Some can be solid white and a few of those can be albinos. They are born with white ears, but as they age, their ears turn black. Their ears and toes have no fur on them, which makes them highly susceptible to frostbite. An adult will weigh between 8-14 pounds. Their back feet look like a monkey's foot, with four toes and one opposable thumb that has no nail on it, which helps them hold on to the branches that they climb. Their front feet look rather human with five fingers.

Opossums also have a cloaca, the posterior orifice that serves as the only opening for the digestive, reproductive, and urinary tracts of many vertebrate animals. All amphibians, reptiles and birds have this orifice too, from which they excrete both urine and feces and also have their babies from.

And their tails… they are amazing! They have what is called a Prehensile Tail. Nothing like a rat’s tail at all! The tip of it has a print that is unique to each opossum, like a human fingerprint. They are extremely dependent on their tails for their survival in the wild. They use them like an arm or a leg. They carry nesting material and food with them, they use them when climbing up and down trees as a sort of security grip. They also use them to push down when they need leverage to go up on something they're climbing. Without their tail, they are non-releasable. It is a myth that they sleep hanging from their tails. They can hang from them if they slip from a tree branch, but only for a second or two.

Opossum females, called Jills, (males are Jacks) have a very unique reproductive system. She has 13 nipples in her pouch, 12 being in a circle and 1 in the center. They have a bifurcated (double) vagina, a divided uterus and a marsupium, which is her pouch.

The reproductive system of the opossum has fascinated many and has led to interesting folklore. It was once believed that the male opossum mated through the female opossum’s nose. She would then sneeze the young through her nose and into her pouch. Of course, this is not true. There are several reasons why this belief was held. One reason is that opossums are so small at birth (the size of a jelly bean) it is difficult to witness the event. Observers had seen the female with an empty pouch one day and the next day she was seen with her nose in the pouch making sneezing sounds. Later, upon examination of the pouch, tiny embryos were found. Actually, the female opossum was probably cleaning the pouch prior to the birth. Another reason for this strange belief is because of the shape of the male opossum’s genitals. It is bifurcated, like a 2 pronged fork. It was believed its shape was a perfect fit for the female opossum’s nose. This isn’t true either.

Baby opossums (Joeys) are born just 12 days after their parents mate! She can have up to 25 babies, but the first 13 that makes it from her cloaca to her pouch and latches on is all that she can care for. They don’t even have a placenta. These babies are so underdeveloped that their back legs and tails aren’t even formed completely. They have to use only their front legs to make it to her pouch. When they get to the pouch, they latch on and swallow the nipple (that more closely resembles a feeding tube) which swells in their throat to keep from coming out. The mother then regulates their nutrition. They live like this for about 2 months. They do NOT nurse (suckle). Therefore, when joeys are rescued from a deceased mother, they have to be fed with a feeding tube (so please don’t try to feed them if you find them).

Babies are born from January through June. After about 2.5 months, the joeys will come off the teat and ride on their mother’s back and eat what she eats. She never leaves them in a den, she takes them everywhere she goes. The joeys are on their own around 4.5 months old. If you find a baby opossum alone, the mom (unlike other mammals) will NOT come back. We don’t know why. So if

An opossums life cycle is so short compared to other animals of the same size. In the wild the normal life expectancy for an opossum is around 18 months, mostly because of predators and humans. In captivity, with a proper balanced diet, no predators and a home to live in, they’ll usually live to 3 years old. We really don’t understand why opossums die of old age at such a young age. It is rather sad.

Like other marsupials, an opossum's body temperature stays around 94 degrees. Because of this low body temperature, viruses can’t thrive. So the chances of an opossum having the rabies virus is the most slim chance of any mammal. An opossum would have to already be deathly sick with a super high temperature for the rabies virus to live in it. However, opossums rarely get sick because viruses cannot thrive in that low of a body temperature. Opossums are also immune to venomous snake bites. There is a peptide found in opossums' blood that neutralizes the snake's venom. Scientists are currently working on a universal anti venom using opossums. Lyme Disease is also no match to the opossum! They’re immune to that too! And if you have opossums on your property, the ticks get on the opossums, the opossums eat them (thousands a year) and there you go… Lessening your chances of contracting Lyme Disease.

How can we discuss opossums without talking about “Playing Opossum”? Contrary to most people’s beliefs, opossums are not going to attack you. If you happen upon an opossum, the first thing it will do is show you it’s pretty smile (mouth full of teeth). It figures that, along with a good ‘ol “Arrrrrr!!” that will make you leave it alone because it’s scared of you. If that doesn’t scare you and running away isn’t an option for it, it will get so scared and anxious that it will “die”. This is a totally involuntary reaction to being so scared and thinking it can’t get away from the danger. Usually, if being attacked by a dog, this “playing dead” happens. The opossum knows it can’t win the fight so it gives up. When playing dead, the opossum's heart rate drops, its eyes become fixated, breathing is almost impossible to detect, it emits a dead animal foul odor, the tongue hangs out, drools out the mouth, and stiffens its body. It can stay this way up to 6 hours! The dog then gets disinterested in the “dead” opossum and the dog leaves…. After a while the opossum gets up and walks away. They can actually stay in this state for up to 6 hours! They can be picked up and carried and buried (yes it happened to me once and the opossum dug its way out! So now I always wait before I bury them) when they are in this “dead” state.

So if you have an opossum living in your area, it’s eating ticks, kills and eats rats, mice, and snakes, it doesn’t dig in your flower beds or gardens, it most likely don’t have rabies, if it’s a mom, she’s a great mom. What’s not to love about them? Out of all of the wildlife that I could have in my yard, the opossum is always welcome.

I’ve had so many people come up to me and say that the only opossum they’ve ever seen was dead on the road. The reason is this…you’re driving down the road eating your food, you don’t want the rest of it, so you roll down your window and toss it out saying “Some animal will eat that and it won’t go hungry” and you feel good about that. What you’re doing is training animals to come to the road to eat and what happens when they do this? They can’t outrun the automobile. You may have good intentions, but unfortunately you are making things worse for the animals by tossing out food and trash. They see the road as a giant buffet! If you want to help feed hungry animals, take your remaining food home with you and leave it out for them close to some woodland area, away from roads and teach your children to do the same.

Most of the opossums that I get in my facility have been hit by a car, attacked by a dog or cat, and a lot of orphan babies from mother opossums that have been killed. I understand that sometimes accidents happen. But I want to ask you to do something and help save lives by doing this simple thing. If you come upon an opossum that seems hurt or deceased, bring the hurt one to me or call me and let me know where it is. If it is deceased, please check it to see if it’s female ( they are very easy to tell the gender, females have pouches, males don’t). If it’s female, check her pouch. If there are Joeys in it, gently and slowly hold its head and pull them off the teat (remember that it is swallowed so be gentle). Keep the joeys warm and bring them to me or you can bring the deceased mother to me with the joeys and I’ll remove them. If this isn’t done the joeys will die, get killed or eaten. They WILL NOT LEAVE THEIR MOM. Help me save their lives.

Save my number and if you happen upon an injured or orphaned wildlife animal, call me and help the animal get saved. You can be a part of what I do by making that first step to save a life.

My name is Tonya Poindexter and I’m a wildlife rehabilitator licensed by the Ky Dept of Fish & Wildlife, the IWRC and the USDA. If you’d like to inquire about having us do a wildlife educational program or if you find an injured or orphaned wildlife call me at 606-231-7171 or go to my website WildernessTrailWildlifeCenter.org to find out ways you can help or donate.

My wildlife facility is a 501c3 nonprofit charity corporation and we run strictly on donations, which you can take off your taxes. I do not get paid for what I do. I do this because I made a promise to a skunk named Pepē.