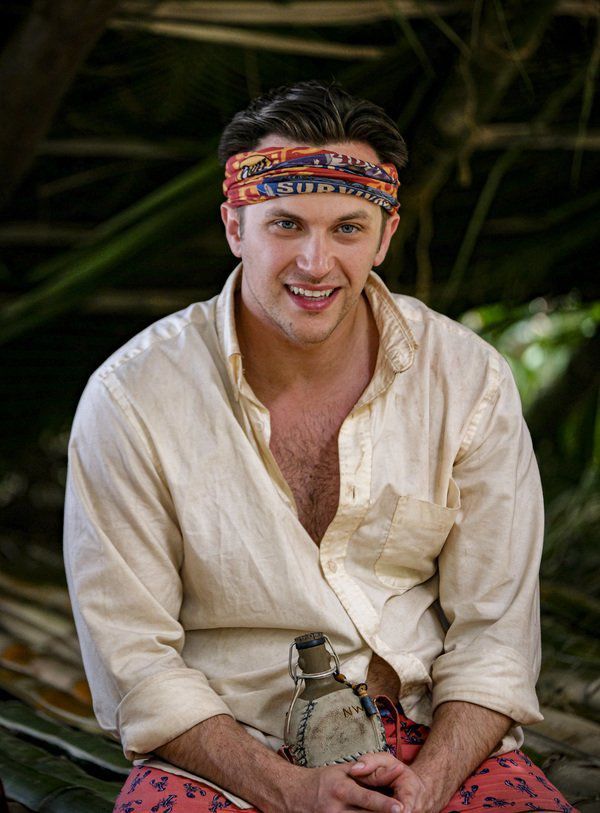 Nick Wilson competes in the 20th anniversary and 40th season of "Survivor" when it premieres tonight, Wednesday. 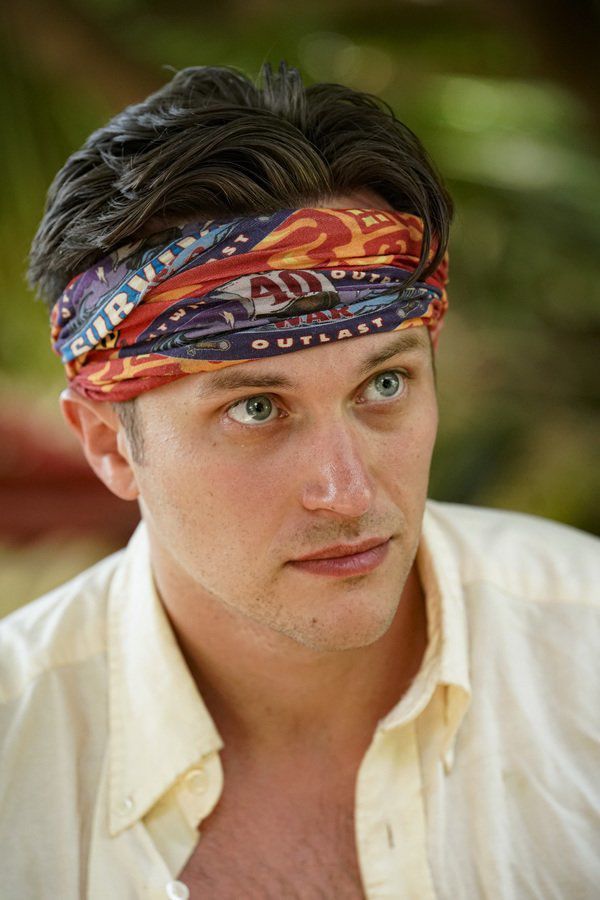 Nick Wilson will be on the new season of "Survivor" which begins tonight. 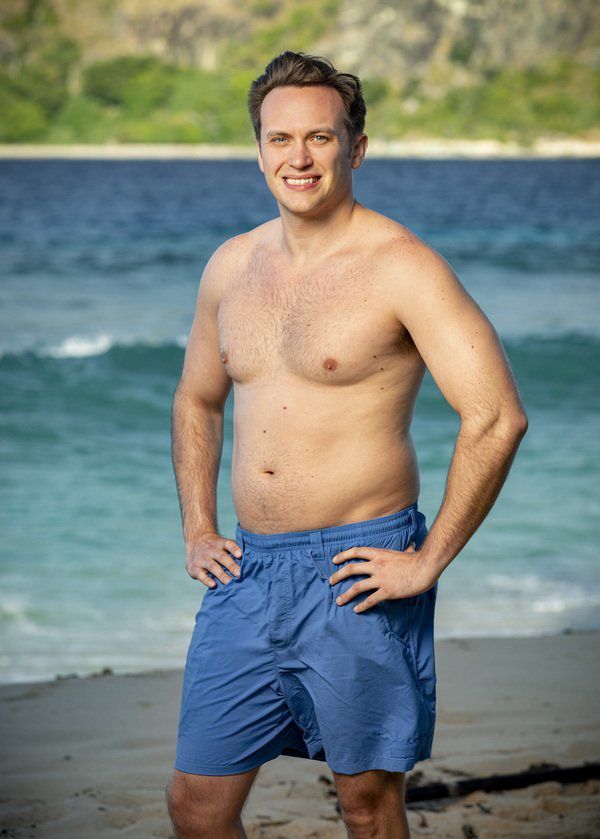 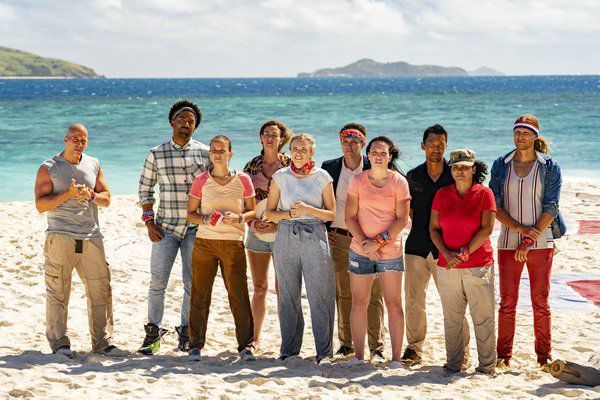 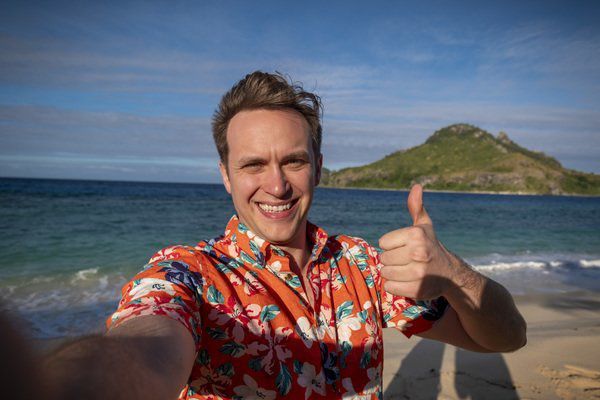 The season was recorded in Fiji in May and June of 2019. 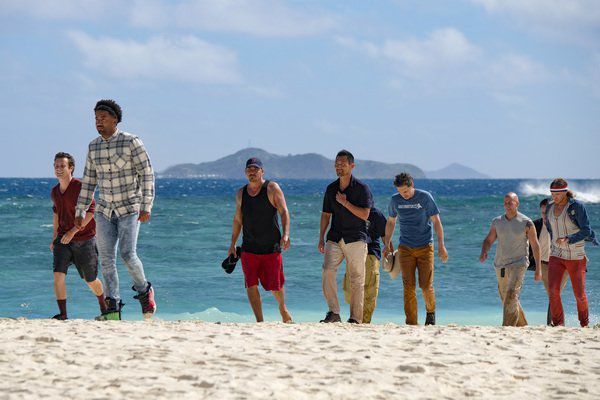 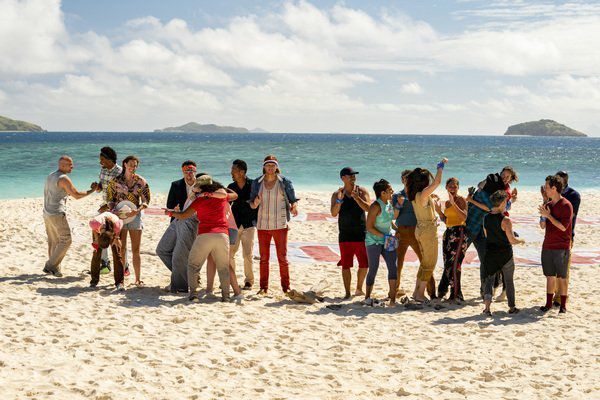 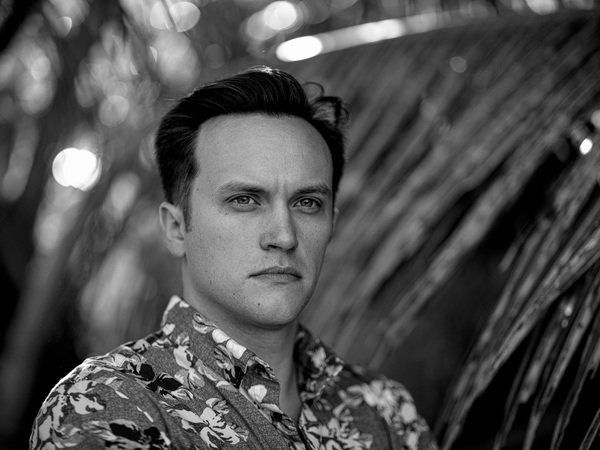 Nick Wilson will face new challenges in his second appearance on the show. 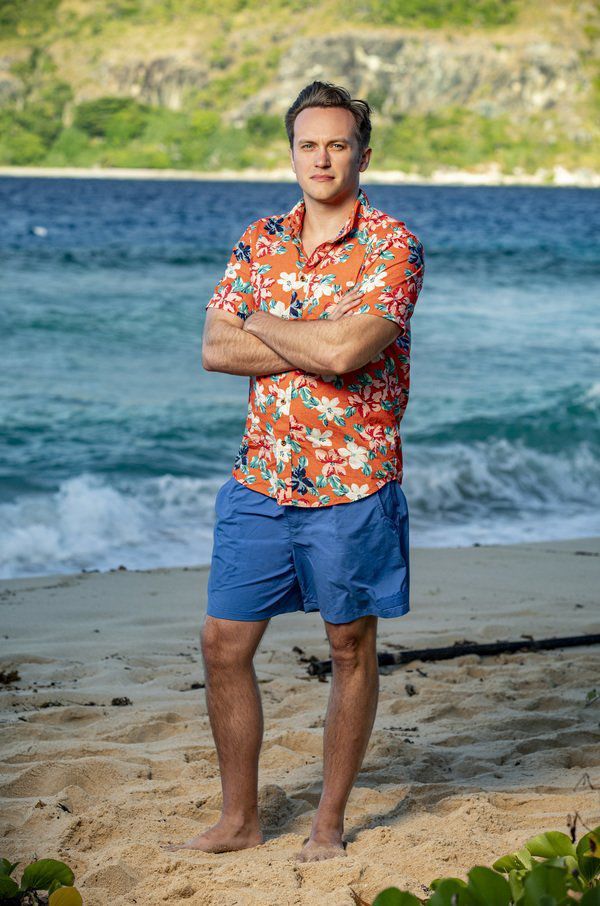 Nick Wilson returns to compete against other winners from the past two decades on "Survivor: Winners at War", when the Emmy Award-winning series returns for its 40th season, with a special two-hour premiere, Wednesday, Feb. 12 (8:00-10 p.m. ET) on the CBS Television Network. 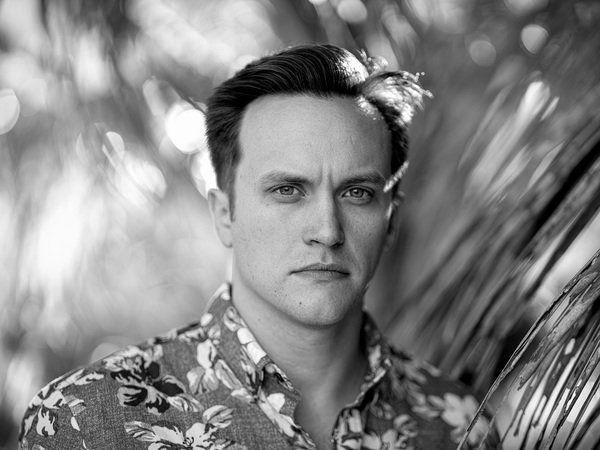 Nick Wilson is competing for $2 million in this season.

Nick Wilson competes in the 20th anniversary and 40th season of "Survivor" when it premieres tonight, Wednesday.

Nick Wilson will be on the new season of "Survivor" which begins tonight.

The season was recorded in Fiji in May and June of 2019.

Nick Wilson will face new challenges in his second appearance on the show.

Nick Wilson returns to compete against other winners from the past two decades on "Survivor: Winners at War", when the Emmy Award-winning series returns for its 40th season, with a special two-hour premiere, Wednesday, Feb. 12 (8:00-10 p.m. ET) on the CBS Television Network.

Nick Wilson is competing for $2 million in this season.

He outwitted, outplayed and outlasted becoming the Sole Survivor in the 37th season of “Survivor”. Now Williamsburg’s Nick Wilson is taking on the challenge again in season 40, but with some new twists to make the 20th anniversary edition of the popular reality TV series one that stands apart from the rest.

“When I first stepped foot on that beach, and from the first second on TV I think everybody will understand, this is reality TV history,” Wilson told The Times-Tribune. “This is 20 years in the making. Nobody ever thought ‘Survivor’ would last 20 years and it’s still the greatest reality show on television and 20 years, 40 seasons, 20 winners, $2 million prize, it’s the first time there’s been an all-winners season on reality TV, I mean, I’m not just saying this because I’m on the season, it’s amazing.

“It’s probably the best season ever and the hype is real,” he said with a laugh.

“Survivor: Winners at War” premieres tonight, Wednesday, at 8 p.m. on CBS. The two-hour long premiere will re-introduce viewers to 20 winners of “Survivor” and pit them against each other for a $2 million prize, the largest jackpot in reality show history.

Being a fan of the show, Wilson walked on the beach for the filming of season 40 seeing faces of people he had watched growing up.

“It’s almost like walking into your TV set, it’s crazy and it’s kind of hard not to get star struck as a fan because I’m playing against them and it’s $2 million,” he said. “I don’t care who I’m a fan of, if it’s Elvis Presley out there, for $2 million I’ll do what I have to do to try to win for myself and my family. I’m not going to give it to someone just because they’re my favorite player and I love them.”

Wilson competed in “Survivor: David vs. Goliath” where he earned his David title and overcame a rough start to go on to win three immunity challenges in a row to guarantee his spot in the final three. There was no denying that he had overcome the disadvantages, used his skills and outwitted, outplayed and outlasted the other 19 contestants.

It was just a couple months later that he got the call from CBS asking if he would come back on the show. In January 2019, he started a new job with the Commonwealth’s Attorney Office and in February he went on a vacation where he got engaged to his fiancée, Grisel, and the day he returned home from vacation, he got the phone call.

“The turnaround was the toughest part for me. So much was going on in my life at the time,” he said.

“I had moved on and was looking forward to getting married and planning my wedding and all that and just felt so blessed to experience ‘Survivor’,” he said. “I thought I would go back one day, but I never realized it would be that quick.”

Wilson was in a season that has been deemed one of the best in the history of “Survivor” and he thought others from his season would be called back for an all-star season or fan favorite season before he would get to return.

Since Wilson knew it was the 40th season and that this would be the 20th anniversary of the show, he began to speculate that the cast may be an all-winners cast.

Until the cast arrived on the beach of Fiji in May of 2019 to film, they didn’t know for sure. But it was in fact an all-winners cast.

“Survivor” is filmed over a span of 39 days and members of the jury will cast their vote for who they want to win the title of Sole Survivor before the public even sees the season. Then the season is played on TV and usually a live finale episode will be aired where the winner is revealed to all.

Since Wilson speculated it would be an all-winners cast he started looking at the players he might have to go up against. In the 37 seasons of winners that would have been available to choose from at the time of filming (because seasons 38 and 39 had not been aired yet), 36 winners including Wilson would have been a possibility, as one woman, Sandra Diaz-Twine, won twice.

But he thought that could also be a good thing for him.

“That’s what makes ‘Survivor’ so great is that every single thing that could be a disadvantage could also be an advantage and if I am the only person or one of the very few people that don’t have pre-existing relationships, I could kind of be a free agent and people are going to need my vote,” he said.

That was his strategy going in this time.

However the game of “Survivor” is always changing. Where the show started with just having two in the finale, it now has three or arguably four and two compete in a fire making challenge for the third spot. When the show premiered on May 31, 2000, there were no hidden immunity idols, no secret islands, but the game has evolved and adapted.

“I played the game of ‘Survivor’ in the most recent state that it’s in, I played the game that you presume you will be playing again,” Wilson said of an advantage he had over players like season 3 winner Ethan Zohn who will compete in “Survivor: War of the Winners”.

“It’s almost like an athlete coming out of retirement, it’s harder for someone who hasn’t played in a long time to play well, possibly,” Wilson said. “I had just done it, I was in ‘Survivor’ shape a little bit better than others because I had just played so recently.

“But at the same time I didn’t take that for granted,” he continued. “I was aware that there can always be twists. You’ve seen it throughout ‘Survivor’ history — Redemption Island, even the final four fire making, even in my season we got an idol nullifer, it’s not a huge twist but it’s a new wrinkle in the game that can change everything. So I was happy that I had played so recently because I played today’s game, but at the same time it was not lost on me that the game is always changing.”

And change is coming in season 40.

“These returning masterminds will compete in epic challenges, face the return of Edge of Extinction, which gives voted-out players a second shot to win, and tackle a brand new layer of the game with the introduction of fire tokens,” CBS released in a media statement. “Fire tokens will serve as currency on the island and add more complexity to the already intense battle. The new twist allows players to use the tokens to buy advantages to help players stay in the game or get themselves back in the game.”

Since the game is always changing, it is hard to prepare for it, Wilson said. Before “David vs. Goliath” Wilson said he worked out and strategically prepared by trying to journal and envision things he wanted to happen. He didn’t have as much time to do that before “Winners at War”.

“I kinda just went about life as normal,” Wilson said — well, his new normal after winning during his first round of the show. Since winning Wilson frequently gets asked to stop to take photos and is congratulated for his win during his every day routine.

“I think it’s because we’re from Whitley County,” he said, adding that he feels blessed to have that support.

His first season on “Survivor” Wilson set out on what he felt was a calling. He played wearing his Whitley County “jersey,” as he described it, wanting to play for more than just himself and to bring hope and inspiration to the hollers of Whitley County.

“Yea, I am from Whitley County and I’m proud of it,” he said of what he set out to show. He did that.

This time around, Wilson wanted to play for himself.

“I just wanted to have fun,” he said. “Really my motivation out there was to show I’m the greatest ‘Survivor’ player ever and that I should be considered a legend too.”