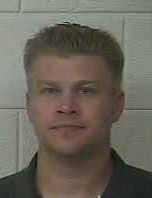 As one of his last acts as governor, former Gov. Matt Bevin issued an unconditional pardon to a London man who was sentenced to 19 years in prison for the death of Donald Mills.

Patrick Brian Baker, 41, was convicted in 2017 by a jury in Knox County Circuit Court of reckless homicide, first-degree robbery, impersonating a peace officer and tampering with physical evidence following a three-day trial and hours of deliberation.

The indictment said that on May 12, 2014, Baker and Christopher Bradley Wagner posed as law enforcement officials to force their way into Mills’ home, where they fought with Mills before Baker shot Mills. They also restrained Mills' wife and took various items from the scene, according to the indictment. Three children were also in the home at the time of the incident.

In addition to Baker and Wagner, three others were indicted for murder in the case of the death of Mills, who was 29.

Wagner accepted a plea agreement in the case Sept. 2, 2016, in exchange for a lesser sentence of 15 years.

Bevin signed the executive order for the pardon on Friday, prior to his last day as governor this week. The order stated "Patrick Baker is a man who has made a series of unwise decision in his adult life. His drug addiction resulted in his association with people that in turn led to his arrest, prosecution and conviction of murder."

Patrick Baker’s brother, Eric as well as a Victoria Baker listed at the same address, according to the Kentucky Registry of Election Finance, both donated to Bevin’s campaign in July 2018.

When Commonwealth Attorney Jackie Steele was asked his thoughts on whether or not these donations may have impacted the pardon he said it was a possibility.

“I don’t know what played a role in it, but I do know the other two people that I convicted of that crime and the crime and death of Donald Mills are still in prison...so… that’s the only difference I can think between the other two,” said Steele.

Steele said there is a massive amount of work that goes into these cases by law enforcement, the Commonwealth’s office as well as the victim's family in hopes to get closure and Bevin is just throwing it all away.

Steele said Bevin think’s he’s smarter that everyone else and said it’s appalling.

“It makes you sick to your stomach,” said Steele.

The order by Bevin goes on to say, "The evidence supporting his conviction is sketchy at best. I am not convinced that justice has been served on the death of Donald Mills, nor am I convinced that the evidence has proven the involvement of Patrick Baker as a murderer."

Baker appeared in Knox County Circuit Court on December 4, 2017, where Judge David L. Williams issued a formal sentencing, but not before taking a moment to reflect on the case and the magnitude of Baker’s actions.

“We all have a short time on this earth, but you significantly reduced the amount of time that this victim had,” said Williams at the time of the sentencing in 2017. “I’ve been practicing law for 30 something years, and I’ve never seen a more compelling or complete case…the evidence was just overwhelming.”

The jury originally recommended the sentences to be served concurrently, which would have carried a total prison time of 16 years. Williams ruled that Baker would serve his sentences consecutively.

“That’s what the sentence is going to be. I believe it would be a miscarriage of justice to do any less,” said Williams. “It’s 19 years because that’s all I can give you…if I could give you more, I would.”

According to documents obtained by the Knox County Court Clerk’s office, jurors had multiple convictions available to choose from regarding each individual count against Baker. For the specific count concerning Mills’ death, jurors had seven options in all, ranging from murder to reckless homicide — the highest and lowest convictions available. The former could carry a sentence of up to life in prison, with the latter being one to five years.

The jurors chose the lowest charge of reckless homicide.

As for the four counts of first-degree wanton endangerment, a mistrial was declared; typically meaning jurors could not come to a unanimous decision of “guilty” or “not guilty.”

With the executive order issued by Bevin on Friday, Baker's sentence was set to time served.

The order was filed by Secretary of State Alison Lundergan Grimes on Wednesday.

Corbin-based businessman Terry Forcht has been linked to requesting former Gov. Matt Bevin issue a pardon for Patrick Baker, who received one …