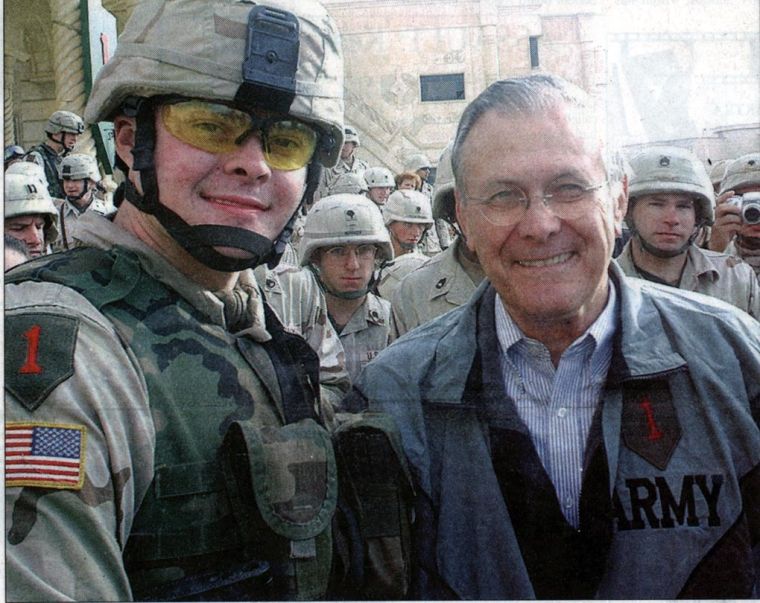 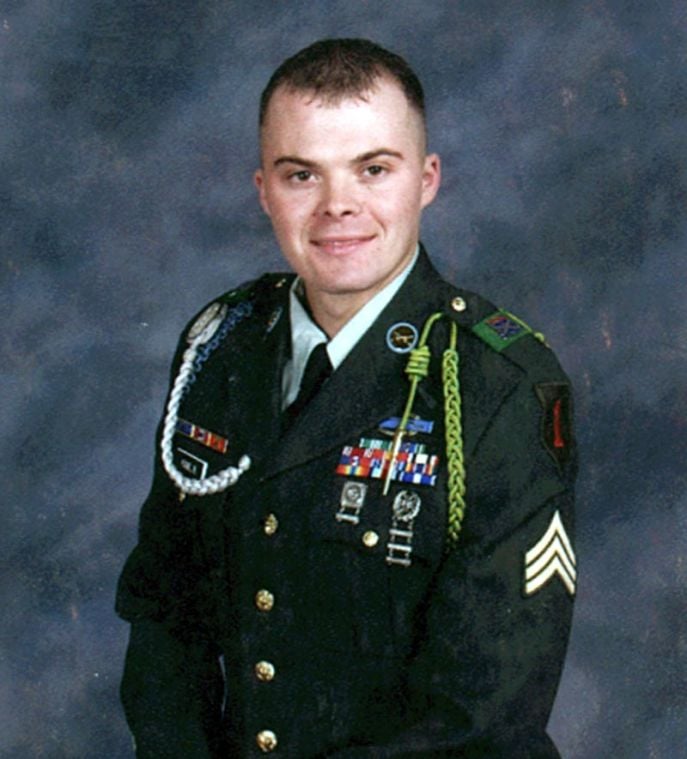 Chris Hamlin was a good soldier. He was kind, polite, big-hearted and, above all else, loved his family. And he was proud. He was proud of his service, proud of his training, proud of his country — proud to make his family and community just that. Hamlin, 24, died May 4 in Baghdad, Iraq, when an improvised explosive device exploded near the military vehicle in which he was riding. It is a loss that resonates through his hometown. “I don’t think I have any words,” said Otis Johnson, in describing his stepson’s death. “It’s a great loss to us, to our community and to our country.” Hamlin’s grandmother Zola Hamlin said it’s difficult to comprehend he’s gone. “It’s real hard,” she said. “It’s like it never happened at times.” Gov. Ernie Fletcher ordered flags at all state office buildings be lowered to half-staff Monday in Hamlin’s honor. The flags will remain at half-staff until sunset on the day of his funeral, which has not yet been arranged. Pfc. Larry I. Guyton, 22, of Brenham, Texas, died Saturday from injuries suffered in the same explosion. Two other soldiers were also injured. Hamlin was serving with Bravo Co., 1st Battalion, 5th Cavalry Regiment, 1st Cavalry Division, based in Fort Hood, Texas. A 2001 graduate of North Laurel High, he headed to basic training in Fort Benning, Ga., just a couple of months after receiving his diploma. He was an athlete, playing basketball and running track at North High. He also took JROTC classes for three years at the school, and was very involved in the program’s extracurricular activities. Commander Kenneth Vanourney remembers Hamlin as a “good kid who did a good job.” During his service, Hamlin e-mailed the JROTC classes, keeping them up to date on his military experience. When he was in on leave, Hamlin would often don a uniform and speak to the students at his alma mater. “He always gave the impression he enjoyed what he was doing,” Vanourney said. “It’s a terrible loss for the community. From our perspective, he was doing what he wanted to do in life and he was good at it, but his job cost him his life.” Vanourney described Hamlin as a “polite and respectful” soldier, who always talked about the Iraqi children and how much he wanted to help them. Hamlin always had a smile on his face, the JROTC commander pointed out, and was “proud of the fact he was a soldier and very proud to put on his uniform.” “It just tears my soul up,” Vanourney said. “I never heard him speak a bad word about his life, and it's just sad it ends this way.” Hamlin’s zest for life is evident in the travel mementos he presented to his family like trophies. His grandmother’s house is littered with reminders of her brave grandson — a plastic bottle of sand from France’s Normandy Beach, with a picture of him standing on the beach taped to the front, a tiny replica of the Eiffel Tower and currency from the Holy Land. “We’ve always been real close,” Zola Hamlin said. “He stayed down here with me on his last leave.” Hamlin was a “fine soldier and a fine grandson,” she added. He was tall — 6 feet 3 inches — and muscular — he lifted weights in his spare time — but was also sensitive and genuine. He was a good student and an artist, often painting stirring images of Jesus, animals and even doing a sketch of his grandfather, Thurman Jerome Hamlin. He wrote poetry as well, including a poignant piece about his family, which will be displayed during his visitation and funeral. Zola Hamlin said her grandson was “real generous with all his relatives,” many times handing out money to those who were in need. “He didn’t have any enemies — everybody liked him,” she said, pointing out his fellow soldiers in Iraq have planned a memorial service in his honor. “He was a very caring person,” Zola Hamlin noted. “He would never pick a fight, but he wouldn’t let them get the best of him either — even if there were three or four of them or he got whipped, he wouldn’t let them get the best of him.” “He was brave,” she reflected. “Too brave.” Zola Hamlin talked to her grandson on Wednesday, and said he was in good spirits. He called her from atop a building, where he was on guard duty. She heard a bomb erupt while they were speaking, and her grandson said the device had exploded about half a mile from where he was standing. “He couldn’t sleep over there for the constant bombs,” she said. Hamlin completed military sniper training at Fort Benning in 2006, and had reupped his enlistment. He was serving his third tour of duty in Iraq, which had been extended to June. He was originally scheduled to come home in March. His stepfather said Hamlin was talking about attending college at the University of Kentucky. He was considering a career as a law enforcement officer or a corrections officer at a federal prison. Johnson said Hamlin, a NASCAR fan, loved crab legs and always anticipated coming home and enjoying the treat at Chinatown’s Friday buffet. Hamlin is the son of Autumn Hamlin, of London, and Ronnie Veach, of Saxton, Ky. He is the nephew of April Hamlin Young, of Louisville. London Funeral Home is in charge of arrangements, which were incomplete Tuesday morning. Hamlin is the 56th Kentuckian to be killed in Iraq. News Editor Allison Altizer can be reached by e-mail at aaltizer@sentinel-echo.com.