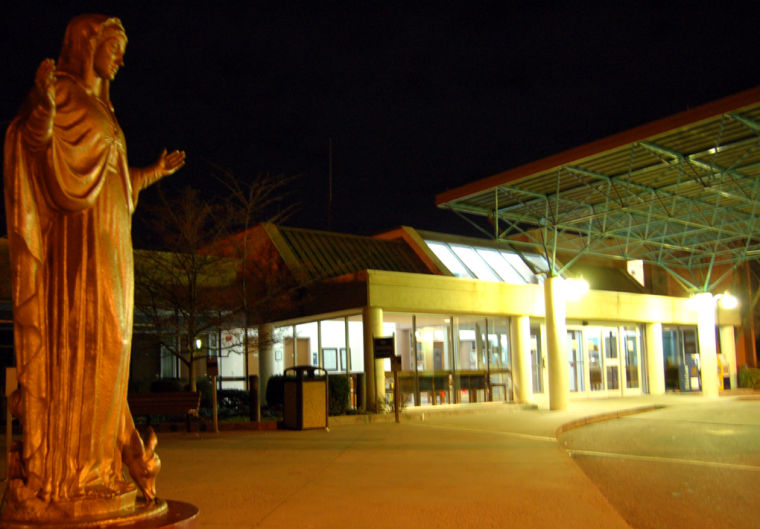 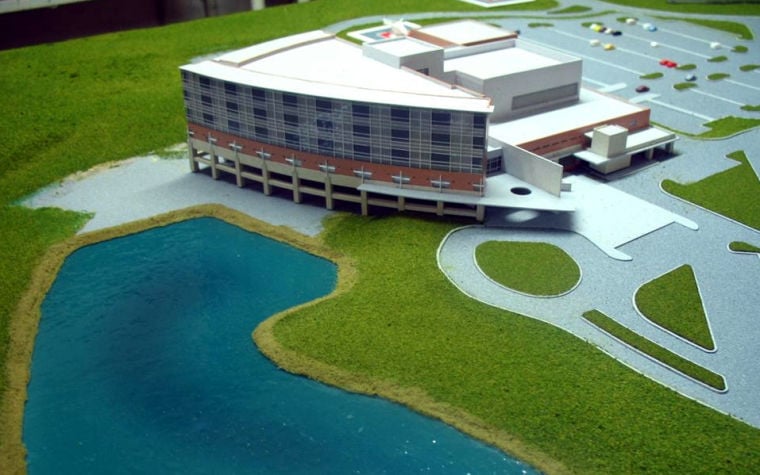 St. Joseph London will start construction on a hospital facility near Parker Road. It is expected to be finished in 2010.

St. Joseph London will start construction on a hospital facility near Parker Road. It is expected to be finished in 2010.

During the London-Laurel County Chamber of Commerce monthly luncheon meeting, Ginna Dempsey, CEO of Marymount Medical Center, announced the hospital’s name had changed. The new official name is St. Joseph London, effective Wednesday. “Since the first days of Pennington General Hospital in 1926, through the purchase and renaming of the hospital to Marymount/Our Lady of the Mountain by the Sister of Charity of Nazareth in 1946, to today — our mission has always been a commitment to care for the people of southeast Kentucky,” Dempsey said. “The name has not changed our commitment.” Seven of Kentucky’s most respected health care organizations have completed their plans to come together as one. The facilities that formally began operations as Saint Joseph Health System earlier this month include Marymount Medical Center, London; Flaget Memorial Hospital, Bardstown; Our Lady of the Way Hospital, Martin; and Saint Joseph HealthCare, Lexington, Berea and Mount Sterling. Operations at St. Joseph London will go on as normal. “A lot of things are still being determined, but we don’t foresee any changes,” said Sharon Hershberger, public affairs director. “I don’t think anyone will lose their job, but we haven’t been told that at this point. We don’t think that will be a probability.” Under the Saint Joseph Health System structure, a new board of directors was formed in December 2007, replacing the local hospital boards. Each hospital organization is forming a hospital council made up of local community leaders. “Yesterday we formed our physicians’ staff, employees and volunteers and other members of the community,” Dempsey said. “This is an exciting time for us. We will start construction on our new hospital at the end of January, soon to be finished in the year 2010. Also part of this new consolidation, there was a new board of directors formed. Our own Mike Fiechter was nominated as chair of this new board, which was quite an honor for us at Marymount because he had been past chair of our board of directors. Now, he will be the chair of the new regional system of Saint Joseph Health System.” Fiechter said he was honored to be elected chair of the governing board. “All who are involved in this undertaking — fellow board members, hospital presidents, medical staff leaders and Catholic Health Initiatives executives, along with all of our employees and medical staffs — demonstrate a level of commitment to each of the communities our hospitals serve that is nothing short of impressive,” Feichter said. “I’m proud to be associated with this effort and really excited about its potential to take community health and the delivery of health care services to new levels across the commonwealth.” The goals for the new organization are to: • Grow health ministries and partner with physicians and others to create healthier communities, locally and across Kentucky • Deliver a consistent experience of high quality care at all facilities • Provide safe, preferred work environments of choice • Take an active role to advocate for health-related needs and issues, locally and statewide One of the stated goals in joining together is to build the presence of the new system across the commonwealth. The name “is a way to instantly communicate our affiliation, core values and national reputation for quality, as well as the strength and size of our system, throughout Kentucky,” said Gene Woods, the CEO of Saint Joseph Health System. As part of creating a common identity, the names of some member organizations of the new system will change. Most of the hospitals will adopt the Saint Joseph name with their location, such as St. Joseph London, St. Joseph Martin, St. Joseph Berea and St. Joseph Mount Sterling. The system’s two hospital in Lexington will continue to be known as St. Joseph Hospital and St. Joseph East. Flaget Memorial Hospital will be identified as a member of Saint Joseph Health System. Woods pointed out that the formation of the system is a growth strategy, not a takeover by Saint Joseph. “We are all joining together to grow and to build something new that has not existed before,” Woods noted. A little ceremony is planned for Jan. 28 at noon during which new signs will be erected at St. Joseph London.