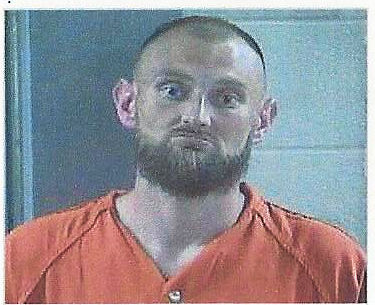 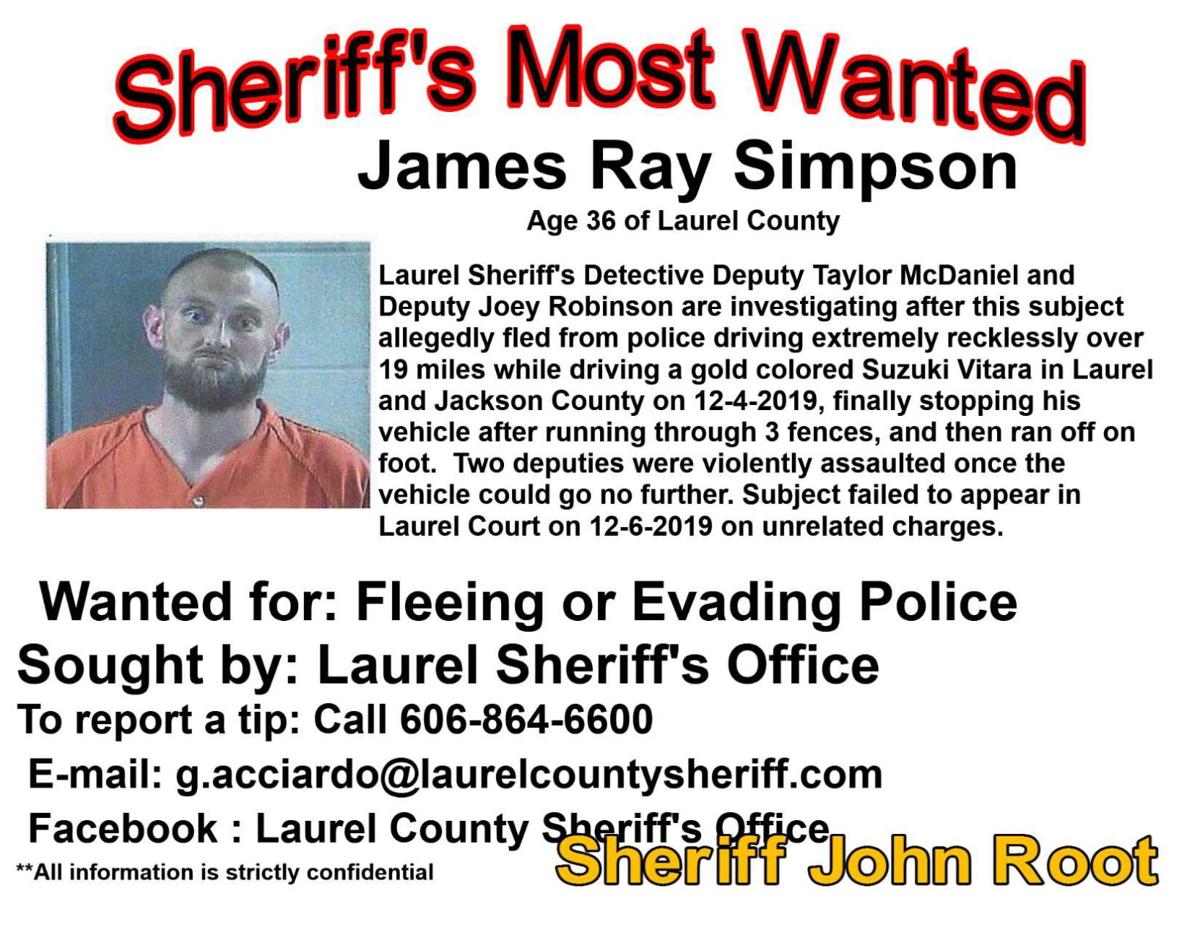 Laurel County Sheriff's Office is searching for a Laurel County man who deputies believe fled from a vehicle involved in a two-county vehicle pursuit on Wednesday.

James Ray Simpson, 36, is wanted for fleeing or evading police.

Simpson was believed to be driving a gold colored Suzuki Vitara that fled from police for 19 miles through Laurel and Jackson counties.

According to a press release from the Laurel County Sheriff's Office, Deputy Taylor McDaniel observed the vehicle traveling northbound on KY 30 driving 70 mph in a 55 around 11:03 a.m. Wednesday.

When McDaniel made a turnabout engaging his emergency equipment and attempted to stop the vehicle, the vehicle accelerated to speeds over 100 mph traveling approximately eight miles into Jackson County, the release said. The vehicle traveled into a ditch line and up a bank, crashing through three fences and traveling across a field for approximately 200 yards.

The vehicle came to stop at a heavily wooded area where its two occupants fled on foot, according to the release.

One of the male suspects then confronted deputies violently assaulting deputies before being taken into custody, the release from the Sheriff's Office said. His name has not yet been released.

According to a press release from the Laurel County Sheriff's Office on Wednesday, an investigation is underway in an attempt to determine why the vehicle fled from deputies initially.

Simpson was scheduled to appear in Laurel Court on unrelated charges Friday, but he failed to appear.

Call 606-864-6600, contact the Laurel County Sheriff's Office on Facebook or email g.acciardo@laurelcountysheriff.com if you have any information on the whereabouts of Simpson.