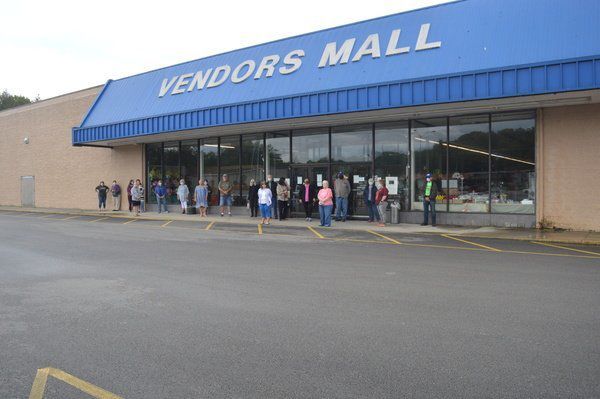 Vendors stand outside the vendor's mall, waiting to retrieve their items or at least get in contact with the owner. 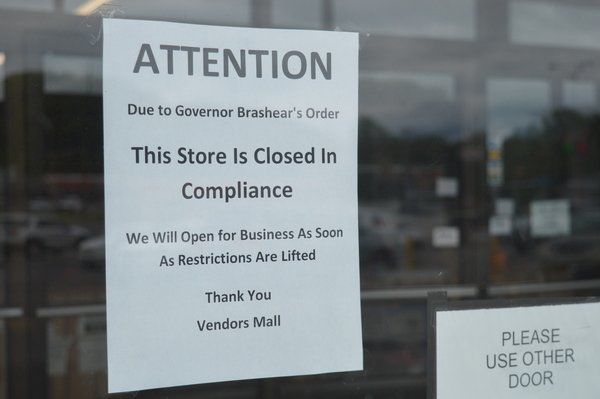 The vendors say this note on the door is the only communication they've had with management since the vendor's mall closed in March.

Vendors stand outside the vendor's mall, waiting to retrieve their items or at least get in contact with the owner.

The vendors say this note on the door is the only communication they've had with management since the vendor's mall closed in March.

"We have been locked out since March 12," said Debra Paul, a vendor at the Vendors Mall in London. "We were not notified they were going to lock us out. Vendors haven't been paid their money. All their merchandise is locked up in here. The owner won't answer any calls. And some of these people — this is their only livelihood."

Since March, the Vendors Mall had to close due to the COVID-19 pandemic. Vendors told the Sentinel-Echo that the owner, Teresa Mullins, asked vendors to contact the Vendors Mall number and make an appointment to retrieve their inventory. Apparently, most of the vendors have yet to hear back.

"She tells us we have to have an appointment to get in, but we can't get a hold of her to get in, so nobody has spoken to her except one person since March 12," Paul said.

On Wednesday afternoon, numerous vendors stood outside the Vendors Mall, hoping someone — anyone, would at least let them know what's going on.

It wasn't the first time vendors stood near the entrance since the store's closing. Earlier during this period, some of the vendors had stood by the building looking for answers.

"We heard that there were two trucks down here, so we ran down," said vendor Mary Rush. Rush said it turned out to be an electrician, but he said he couldn't give out the owner's phone number.

Many of the vendors want to ensure their inventory hasn't been stolen. Some want to sell their goods through other means, such as the vendor who wants to sell her flowers for Memorial Day. A lot of the vendors are also in need of their paycheck, which Paul says they haven't received since April.

According to the vendors, they're all supposed to receive their paychecks by the 6th of each month. Two months have passed since the store closed in March.

"For a lot of people, this is their life," said Paul. "This is how they support their families. I'm retired, but the rest of these people — we've got people I'm concerned about, who can't pay their groceries. I mean, they can't do anything."

According to the vendors, an elderly woman who sells items at the Vendors Mall needs this income to help pay for her medications, which cost $700.

The only form of communications the vendors have had since March, they say, was a note on the entrance stating the store is closed due to the pandemic.

"All we ask is that we have been contacted and they let us get our stuff," said a vendor who wishes to remain anonymous. "Like with the other businesses, it's not Teresa's fault they had to shut down, but it's her responsibility to let us know what's going on. That's the thing, and it's been over two months, and we've not heard a word from her."

The Sentinel-Echo reached out to the given number for comment, the Vendors Mall number at (606) 862-8606, but did not receive a reply. The same number and owner name was listed on the Better Business Bureau's website.