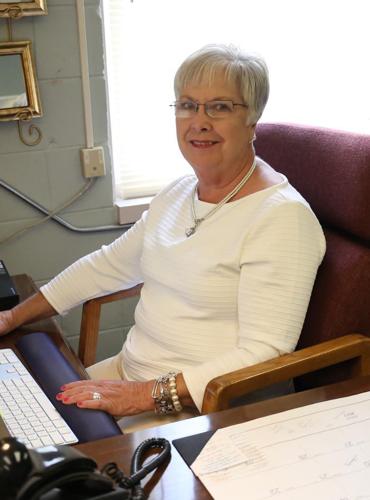 Longtime Sentinel-Echo lifestyles editor Sue Minton passed away five years ago. Starting at the newspaper in 1976, she was the longest-tenured employee. 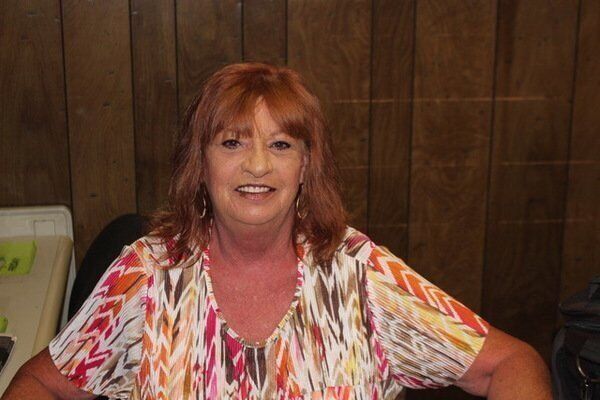 Longtime Sentinel-Echo lifestyles editor Sue Minton passed away five years ago. Starting at the newspaper in 1976, she was the longest-tenured employee.

While most people have a few days in which they dread going in to their office or workplace, the day of September 28, 2017 was one of the most difficult for the staff of The Sentinel-Echo.

I had called the office around 8:10 a.m. to tell Sue Minton that I’d found a great feature picture for the Friday front page. Managing Editor Denis House had requested off that day so Sue was laying out the Friday paper. She didn’t answer her cell phone — which was highly unusual. So I called the office and wanted to speak with her. The response was, “Nita, I’m sorry.” That was an odd response. After I questioned again whether Sue was there or not, circulation assistant Kelly Jo Stewart said, “I’ll tell you when you get to the office.” Sensing that something was terribly wrong, I insisted that she tell me what was going on. She complied, telling me that Sue had suffered a heart attack the night before and had passed away.

It seemed so impossible, so unreal, so unexpected. Sue had left work the day before en route for a doctor’s appointment. She had bid us all goodbye, as she always did, exiting with her standard “I’ll see you all tomorrow.”

But we didn’t see her on Thursday. What we did see was a group of heartbroken employees who grieved the loss of the Sentinel’s longest employee. As word of her death spread through the community, the extent of her influence became very clear as all those who knew here joined in grief.

My writing skills were truly challenged as I called for comments from some of Sue’s closest friends to write a tribute to one of the greatest ladies I’d ever known. I couldn’t refrain from crying while talking to them, and writing a story to honor her memory remains one of the hardest things I’ve ever had to do. I couldn’t stop the tears as I typed, often breaking down and having to stop typing in a futile effort to compose myself. To this day, that was undoubtedly the hardest story I’ve ever had to write.

Sue Minton was “everybody’s mother.” It didn’t matter if you were 20 or 60 — Sue was full of wisdom and knowledge that she imparted in a gracious manner in nearly every situation. If we in the newsroom had difficulties contacting someone for a news article, Sue could pick up the phone and make one call and get what we needed. She seldom took credit for her own writing skills, although she was indeed a good writer herself. It was ironic that the edition on the day of her death featured a story about a church mission group’s trip to assist others in need.

I always think about Sue when the World Chicken Festival comes around. With our building being by the main stage, we all gathered in the office to watch the entertainment from the windows of the Sentinel Echo newsroom. Sue would gather her family — sister Brenda and nephew Matthew, her mother, her daughter Denise and grandchildren Weston and Hailey — and we’d all comment on the bands performing. Matthew absolutely loved the Chicken Festival and it was Sue’s delight to share the fun with him each year. I often think how fortunate it was that the days of September that year fell so that the festival had been held the week before Sue passed away. I’m so glad she got to enjoy that experience with her family, as I’m sure they cherish that final memory as well.

Yesterday, September 27, marks five years since Sue’s death. There have been so many changes in that short amount of time. The Sentinel that she knew is now a vacant building and the London and Corbin paper staff have combined to an office beside Forcht Bank. But in the move, Sue came with us — Shari Sevier has a picture of Sue on her desk and the large portrait and wreath hangs on the wall behind my desk — the desk that formerly belonged to Sue.

We’ve lost many people that worked with Sue in these five years — former sports editors Jim McAlister and Tom Lienenhoff, former reporters Heather Harris and Carol Mills. The staff has come and gone — currently only Shari and I remain from the Sentinel staff of the “old building.” Two of Sue’s brother-in-laws have passed on, as well as many friends and other family members. The staff has come and gone over these years — again, Shari and myself are the remaining members of the Sentinel staff that Sue worked with.

And we are determined that her memory will live on as long as we are here. Rest in Peace, Sue. We miss you!