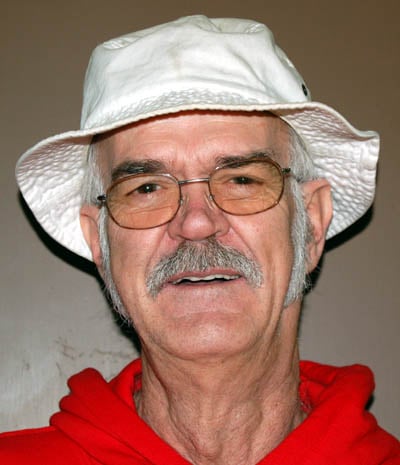 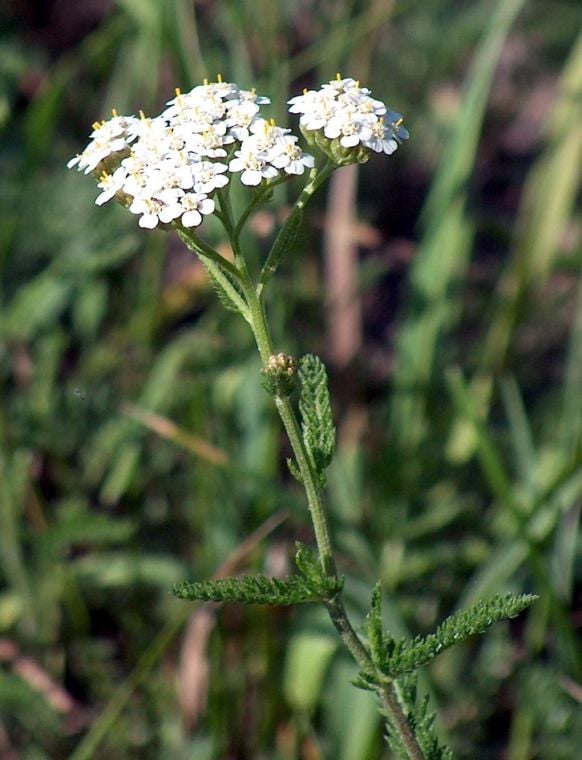 Yarrow’s genus name “Achillea” came about because Achilles used it to treat his soldiers’ wounds. Since then it has been used to treat minor cuts and sores. This plant has several other common names and only two of them tell anything about the plant. Bloodwort tells us that it is used because of blood or bleeding and it is used to stop minor bleeding. Thousand-leaf is what the species name, “millefolium,” means. The other common names — milfoil, sanguinary, and stanchgrass tell me nothing about the plant. Yarrow is not native to North America but it has become naturalized throughout the temperate regions, except the southwest, in the United States. The settlers from Europe brought it with them to America to ensure that they would have it for medicine. It is one of only a few plants that are referred to as an all-heal plant. Europeans used it to stop minor bleeding of cuts and scratches, to get rid of infections in old sores, and to reduce fever. They also chewed the leaves to stop the pain of a toothache. Native Americans learned of its medical value and made a tea to treat the common cold and urinary ailments. They also put warm tea in their ears to treat ear aches. There is scientific evidence that supports its use to treat swollen muscles and joints from injury or infection and to treat cuts and sores. Yarrow can be found in bloom from May through October. It likes to grow in open fields and along roads. It is a perennial that grows to three feet high and has a large white head of small blossoms and its leaves are fernlike. Columnist Connie Taylor can be reached by e-mail at connietaylorflp@yahoo. com.