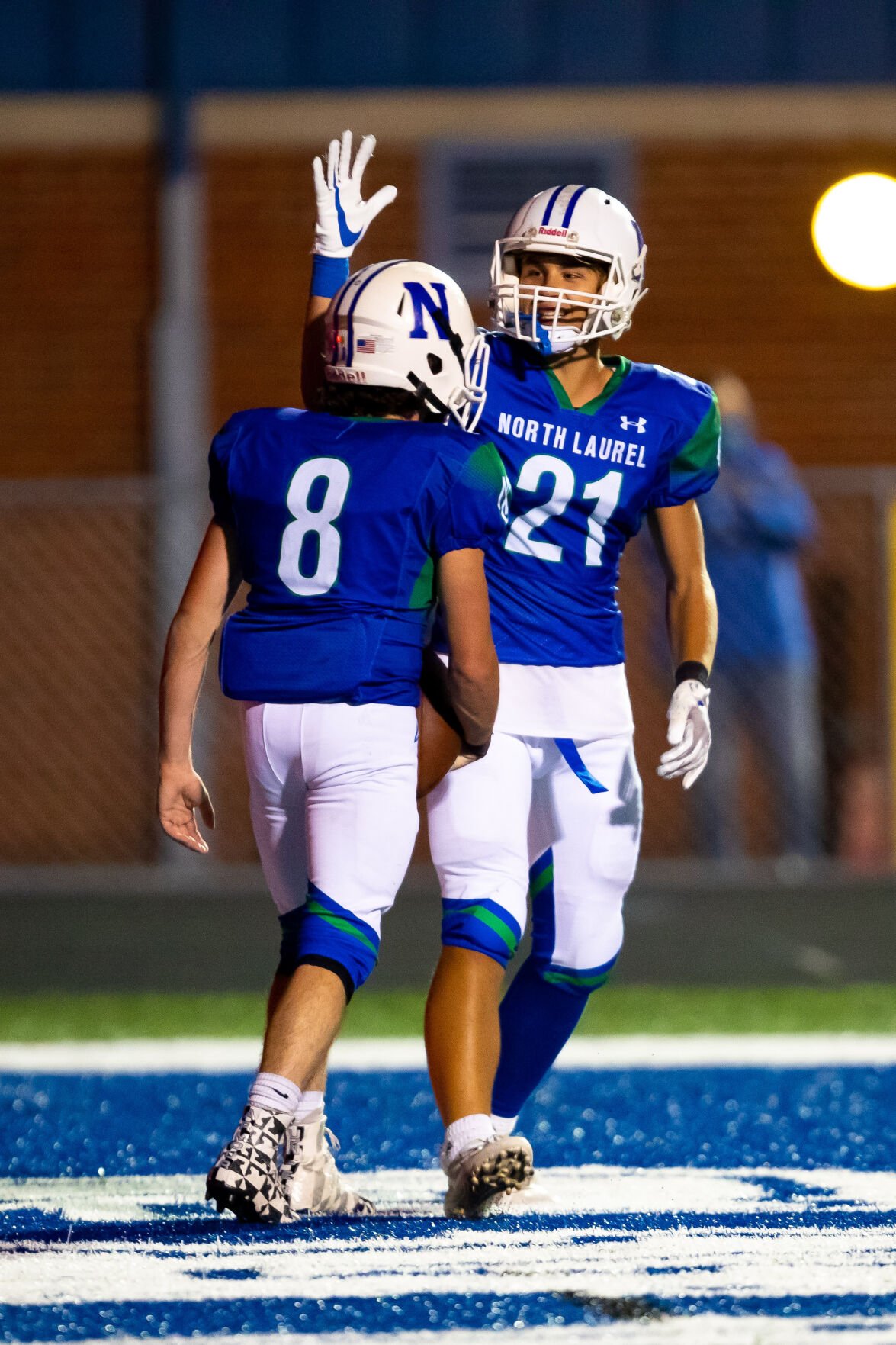 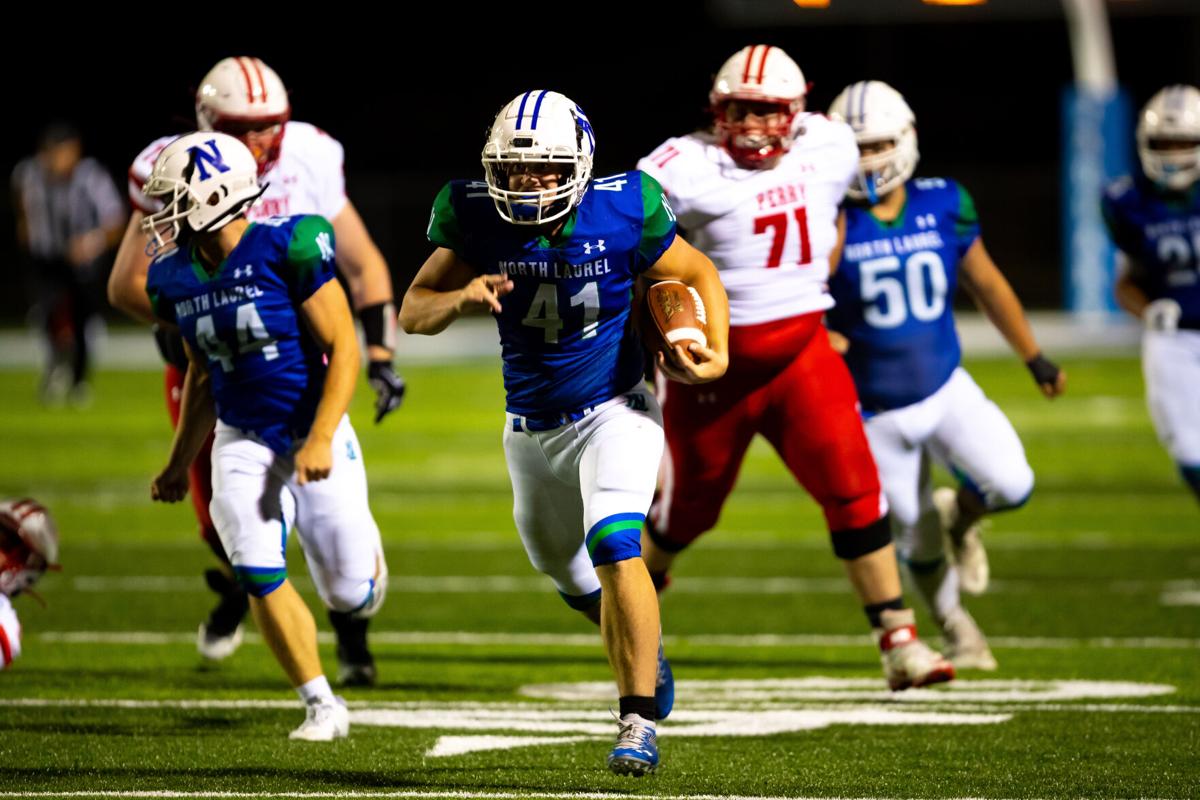 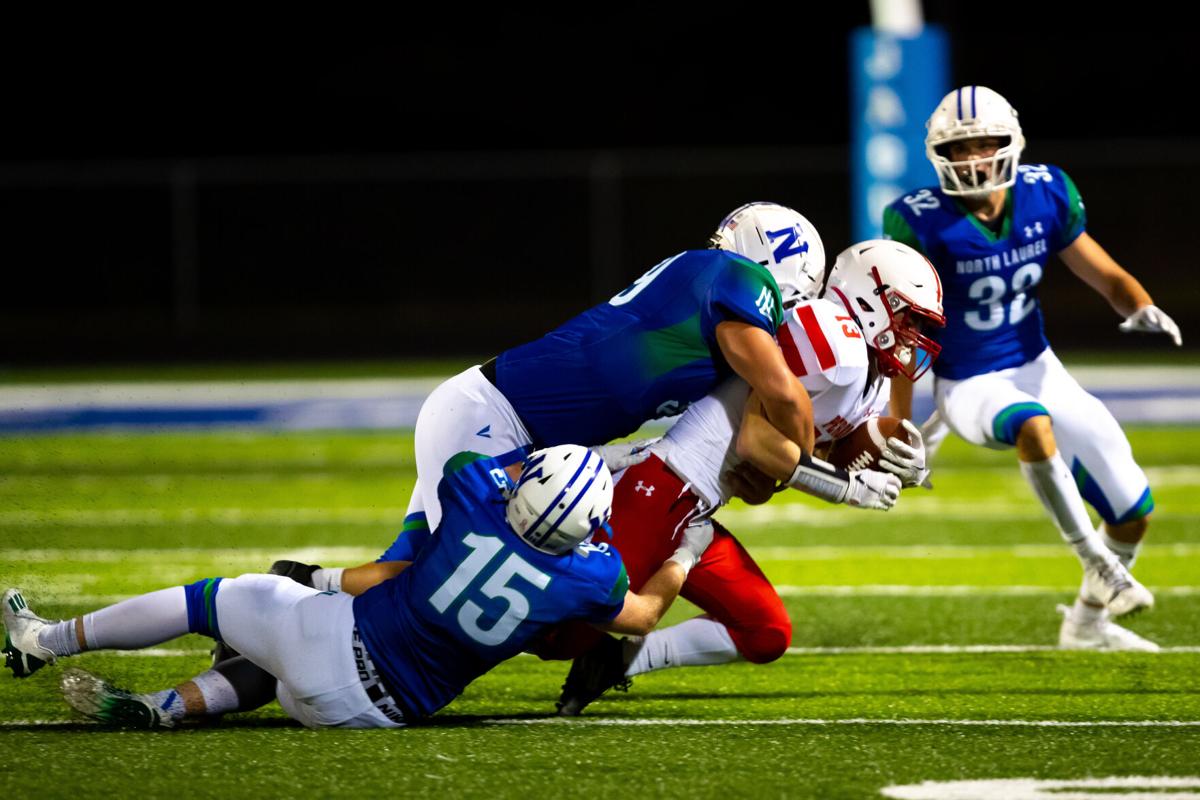 A poor finish to last week’s game versus Lincoln County left a bad taste in the mouths of the North Laurel Jaguars, leaving them feeling like they had something to prove in week two when they hosted Perry County Central in their first home game of the season.

It was not just any first home game, but their first on their brand new field. With their pride at stake, the Jaguars stepped up and took care of business, running over the Commodores early and often on Friday night. The trio of running backs Connor Robinson, Jacob Bowman, and Grant Woods was too much for Perry Central to handle, as the backfield helped their team to a whopping 46-7 win for North Laurel.

“Last week, we played well up to the last eight minutes of the ball game. This week we saw some things we needed to do differently. We tried to run the ball a lot more out of our power set like we used and we did a good job at it,” said Jaguars Coach Chris Larkey. “It really set the tone of the game for us. Our defense played better, we tackled better. I thought Connor Robinson, Grant Woods, and Jacob Bowman all played well. That’s what we wanted to do was to get them the ball and they did really well.”

It took very little time for the Jaguars to come alive on Friday. The took a 16-0 lead at the end of the first quarter, setting the tone early. The second half was really the decisive point in the game, as North Laurel scored two more touchdowns, and converted on both two-point conversions, extending their lead to 32-0 at the half.

The third quarter was much of the same. North Laurel scored another two touchdowns and missed on both extra-point attempts. With a 46-0 lead over Perry County Central heading into the fourth quarter, the Jaguars played several bench players in the game’s final period. The Commodores scored their only touchdown of the game as time was winding down, giving the Jaguars the 46-7 victory.

Larkey said that he did not want to place undue pressure on his team by talking about their new field before the game, but their goal all along was to pick up the first win to take place on the new field.

“I think that’s important. I didn’t mention it to them before the game, but after the game, I let them know that we won the first game on the new field,” said Larkey. “It was a good win for us.”

While the offense was clicking on all cylinders for most of the night, Larkey said he was happy with his team’s performance on the other side of the ball. He noted the speed of the Perry County Central offense and said his defense was able to take away what the Commodores wanted to do for much of the game.

“Our defense played really well, overall. Perry has fast kids. If you miss a tackle here or there, they go and score a touchdown,” said Larkey. “I thought we played well defensively. We took away their screens. We took away their runs up the middle. We just took them out of the game.”

With the win, the Jaguars are now 1-1 on the season. They will return to the gridiron next week, taking on their cross-town rival South Laurel. Larkey said his team will build on the win and move on to the next game.

“Tonight we did what we loved doing. We ran the football, we controlled the clock, and had good field position. We also spread it out a little bit. We can do both, and we took what Perry was giving us,” said Larkey. “This was our first game on the new field and we won. It sure beats losing. We came out injury-free, and now we’re going to get ready for the next one.”