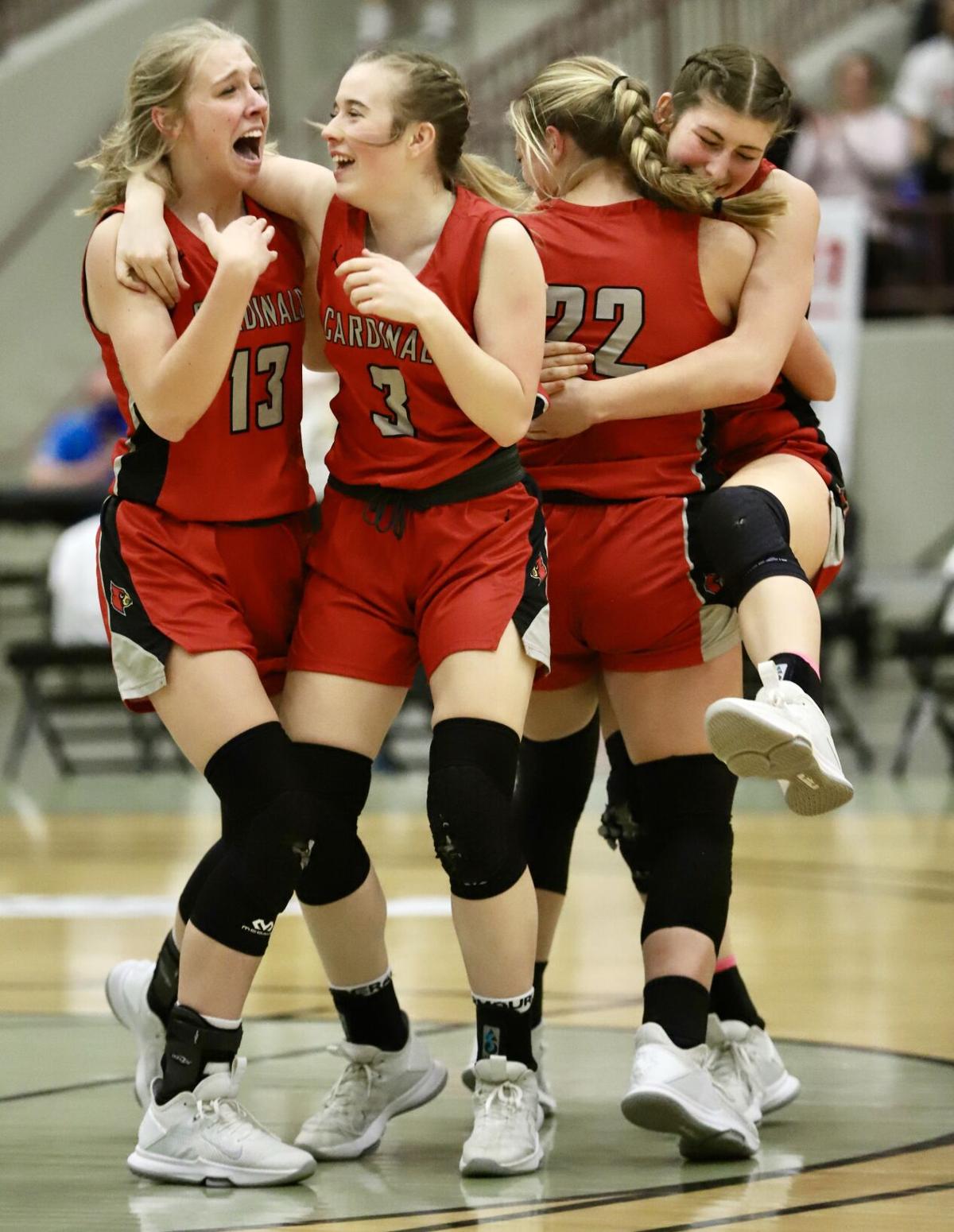 South Laurel is now 20-10 after beginning the season with a 1-5 mark. The Lady Cardinals celebrated after winning the 13th Region Girls’ Tournament on Monday. | Photo by Les Dixon 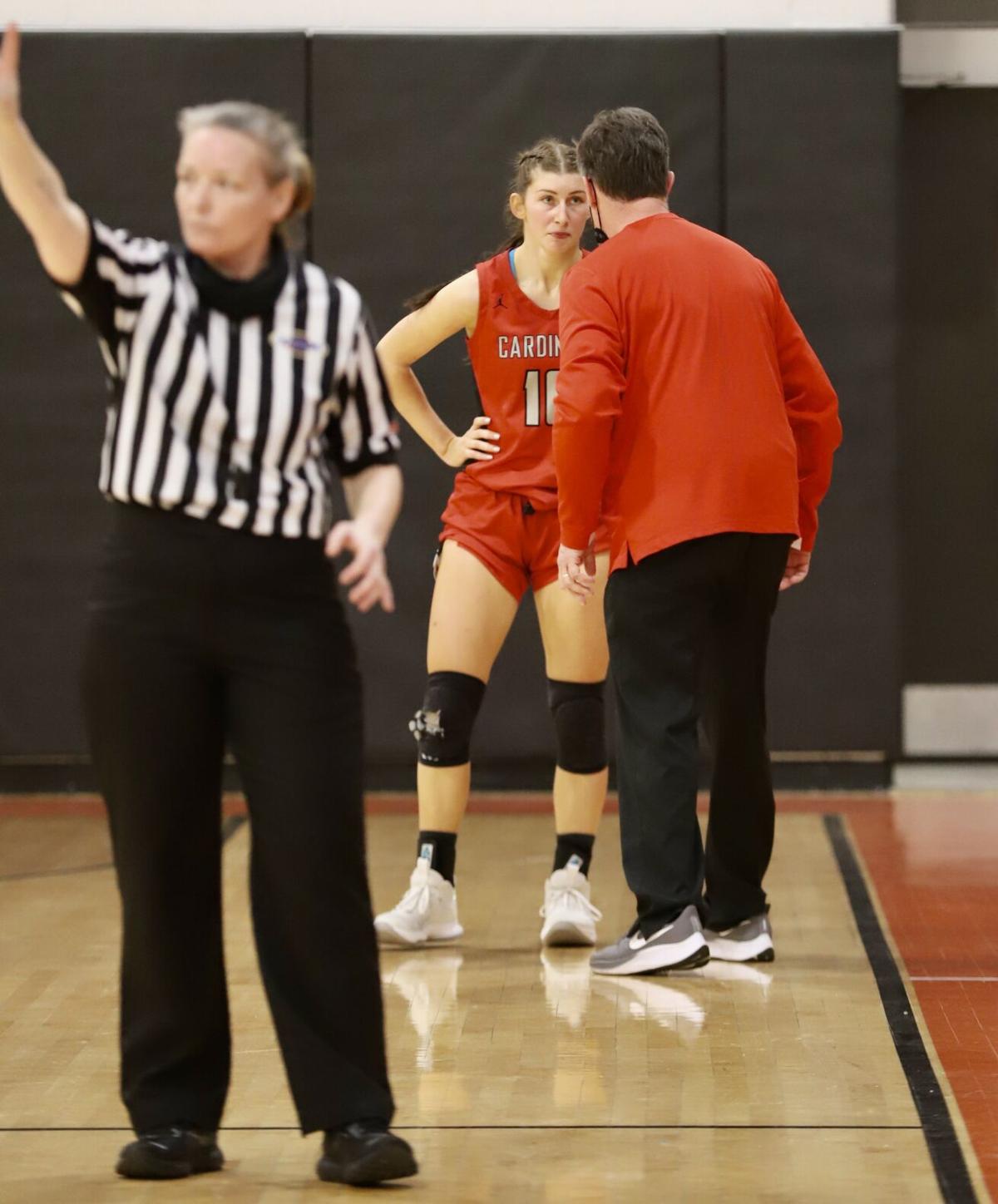 South Laurel is now 20-10 after beginning the season with a 1-5 mark. The Lady Cardinals celebrated after winning the 13th Region Girls’ Tournament on Monday. | Photo by Les Dixon

LONDON — The 2021 season hasn’t been an easy one to endure at times for Chris Souder and his South Laurel Lady Cardinals.

After coming off last year’s Elite Eight run which came to an abrupt halt due to the COVID-19 pandemic, Souder’s Lady Cardinals find themselves in familiar territory after defeating crosstown rival North Laurel, 63-57, in the girls' 13th Region Tournament championship game.

South Laurel will be making its second consecutive trip to Rupp Arena, but the road to Lexington has been a bumpy one.

“Before the season started, yes I definitely felt we had a solid chance to win the region,” Souder said. “Now after everything they endured, I wasn't as sure if we could pull it together in time. I also felt like I had done a terrible job pushing the right buttons, and it is my job to do figure that out. I bet we didn't play 10 games all year with our complete roster.

“Now looking back, that probably helped us more than hurt,” he added. “I am honest with the girls and told them North Laurel had been the clear-cut best team all season, but we just had to be the best team on one night. That is exactly what they did, proved we were the best that night, and the rest of the season didn't really matter. It truly isn't where you start but where you finish.”

To get to where they wanted to be, the Lady Cardinals had to recover from a 1-5 start along with disappointing losses to district opponents Corbin and Whitley County.

“When we started 1-5, I was angrier at myself than discouraged,” Souder said. “I took for granted that we would just be like last year, and we weren’t, that was more on me than the team. I was doing too much telling/yelling versus teaching, and it set us back some.

“When we beat Wayne County and they were undefeated, I knew the potential was there, but could we fix it, was the million-dollar question,” he added. “It was still a roller coaster and it finally hit me when my son basically told me to get over it, this team isn't like my Mercer teams and last year's team. We are going to be in a dog fight every game and just prepare for it. That is why I like having him around, he isn't afraid to tell me what I need to hear.”

What made this year’s run to Souder's seventh regional title as a coach was accomplishing a feat many didn’t believe could happen.

“We told our kids when we were 1-5, that losing breeds problems and to get ready to tighten your circle,” he said. “We didn't always do that but we always came back around. This team has developed a toughness about them that I wasn't sure they could acquire. But the early struggles built championship-level character that we were promoting all season.

“We talked about ‘LEO’ — Love Each Other attitude but I made them stop saying it until they meant it,” Souder added. “It is easy to love when all is going well but it is tested when adversity hits. I also would not let them break the huddle on ‘Rupp’ until we truly understood what it takes to get there. I think we will be breaking the huddle on ‘Rupp’ now. I’m just proud of what they stand for. They bought into what it says on the front of the jersey versus the back of the jersey.”

Heading into their Sweet 16 matchup with Franklin County, Souder said the keys to his team’s success haven’t changed.

“Give 100 percent at all times, don't get outworked, and play for each other,” he said. “When we did those things, I’m not sure we lost a game. We are also working on being player-led versus coach-led, to which we are very close. I am very proud of that because we really struggled with that during the season. I tell them when we are playing our best, the worst thing I can do is get in their way. They won the region not me, I just guided them. I want them to know this is all about relationships and they are starting to figure that out. Just look at the pure joy and love they showed in those region championship pictures that are floating around. That makes me smile as their coach, and to be honest, gives me cold chills.”

With his team’s game against Franklin County on the horizon, Souder said his team is ready to make a run.

“If you are in it, you might as well try and win it,” he said. “We are going in with the attitude and approach to win it because our goal in this program is to win a state championship. As I said, we are playing with house money, so once again, we are going to have fun and through this tough journey, it will be a happy ending regardless. This is one special group of young ladies, and I am blessed to be their coach.”