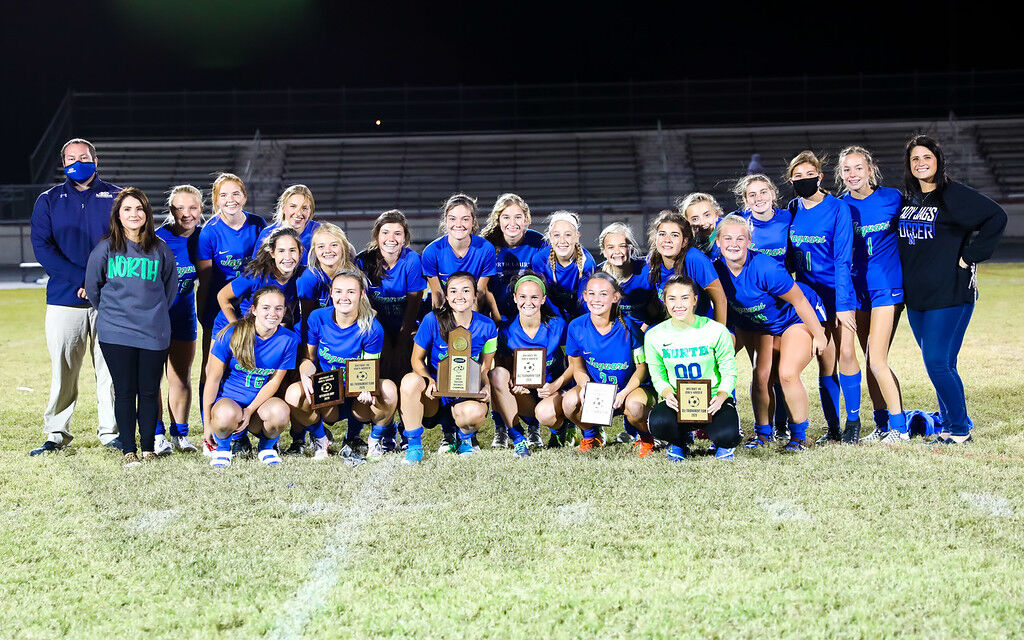 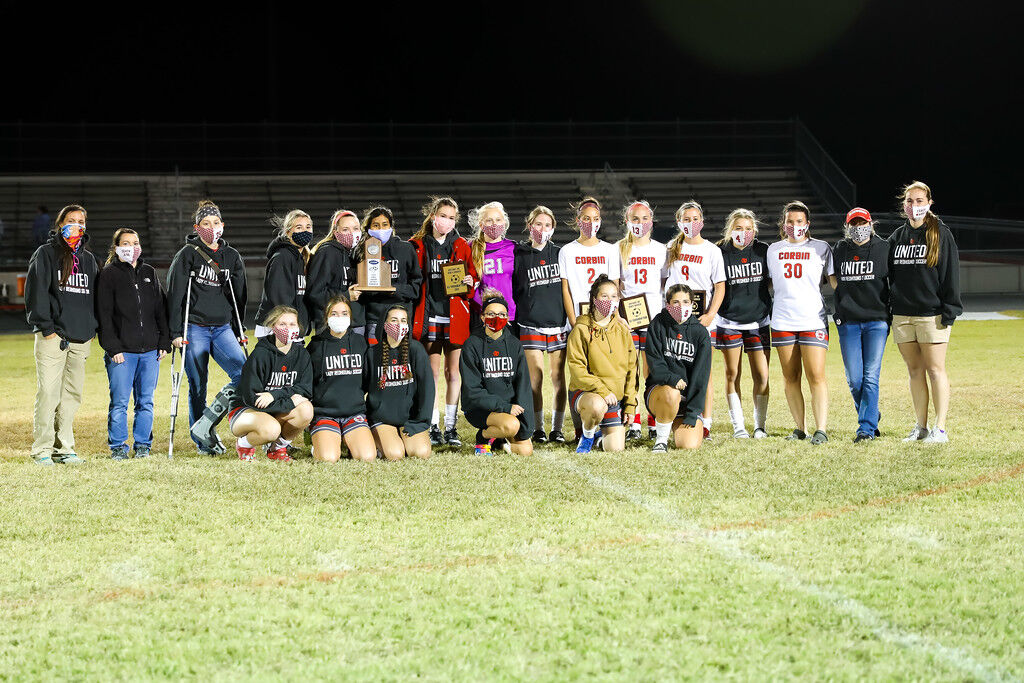 The North Laurel Lady Jaguars captured the 49th District Title on Thursday night, when they took down the Corbin Lady Redhounds 5-1 in the girls soccer showdown.

The win gave the Lady Jaguars their fourth-straight district championship, and extended their win streak versus regional opponents to 23 games. Their last loss to a team within the 13th Region came in the 2017 regional finals, when they lost to Corbin. The two teams are the favorites to contend for the regional championship again this year.

It was a rather slow night for both teams, to start the game. Due to unbearable winds, both Corbin and North Laurel struggled to get much going on the offensive side of things.

The Lady Jaguars were able to get on the board first, when Makayla Mastin found the back of the net midway through the first half to put her team ahead 1-0.

Corbin answered just a few minutes later. Olivia Jones scored just under the 12-minute mark to tie the game at 1-1. Neither team was able to find any goals the remainder of the half, and the teams stayed tied going into the break.

Things really started to heat up for the Lady Jaguars once the second half got underway. A quick goal by Amelia Anderson gave North Laurel a 2-1 lead, and another goal by Madison Dagley extended their lead to 3-1 midway through the second half.

Dagley went on to score her second goal of the game, and Maddi Mastin added another, to give the Lady Jaguars a 5-1 lead that they carried on to win the match.

North Laurel Coach Jessica Miller said that she is not only happy for her team and what they have been able to accomplish this season, but believes there is more in store for her squad.

“I’m very proud of the team and everything they have accomplished so far,” said Miller. “I believe these girls can go all the way if they want to.”

The Lady Jaguars had several accolades handed to them at the conclusion of the game. Megan Anderson, Olivia Rudder, Maddie Dagley, and Ellisia Anderson were all selected for the All-District team. Dagler was also chosen as the Offensive Player of the Game.