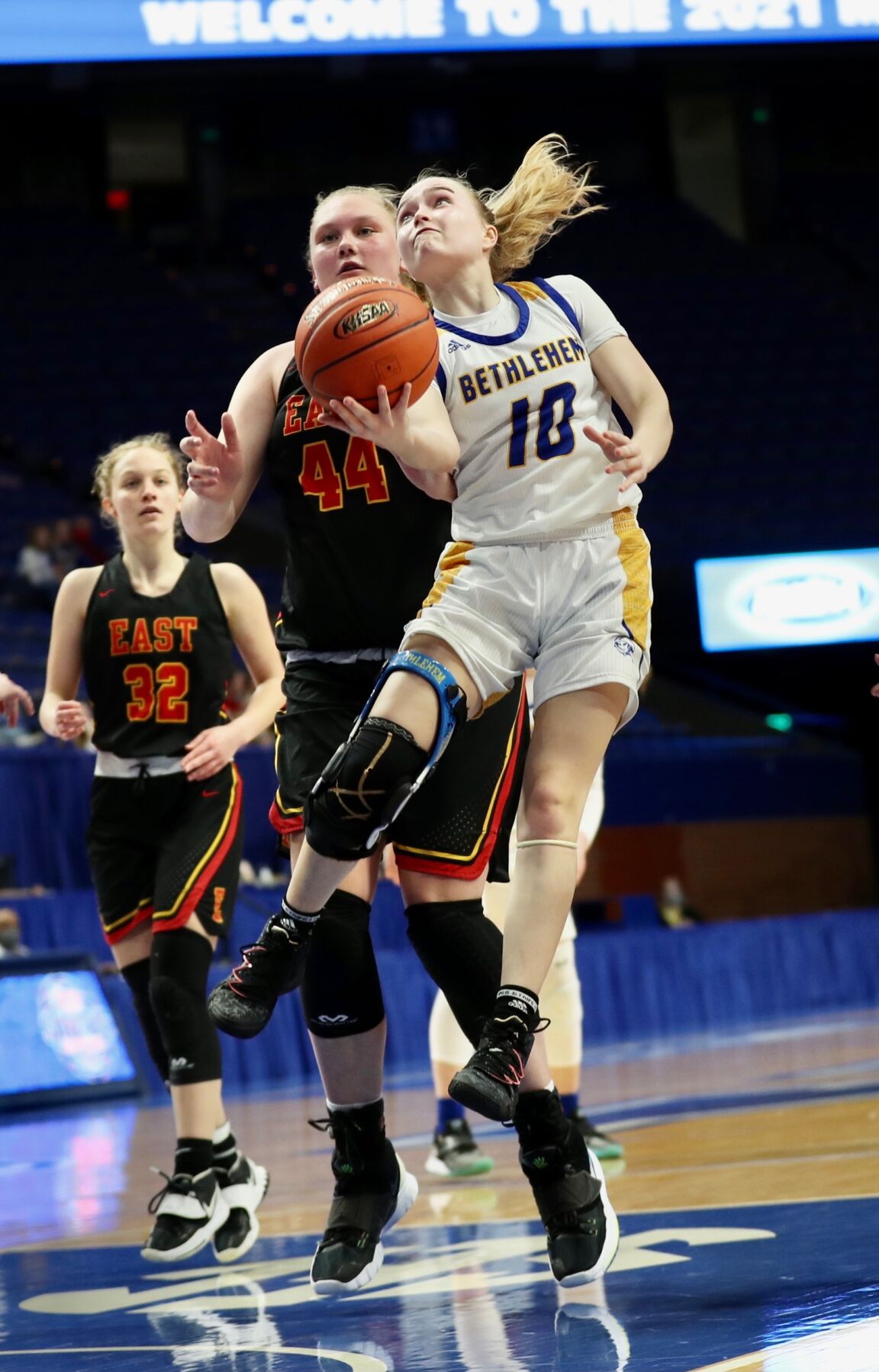 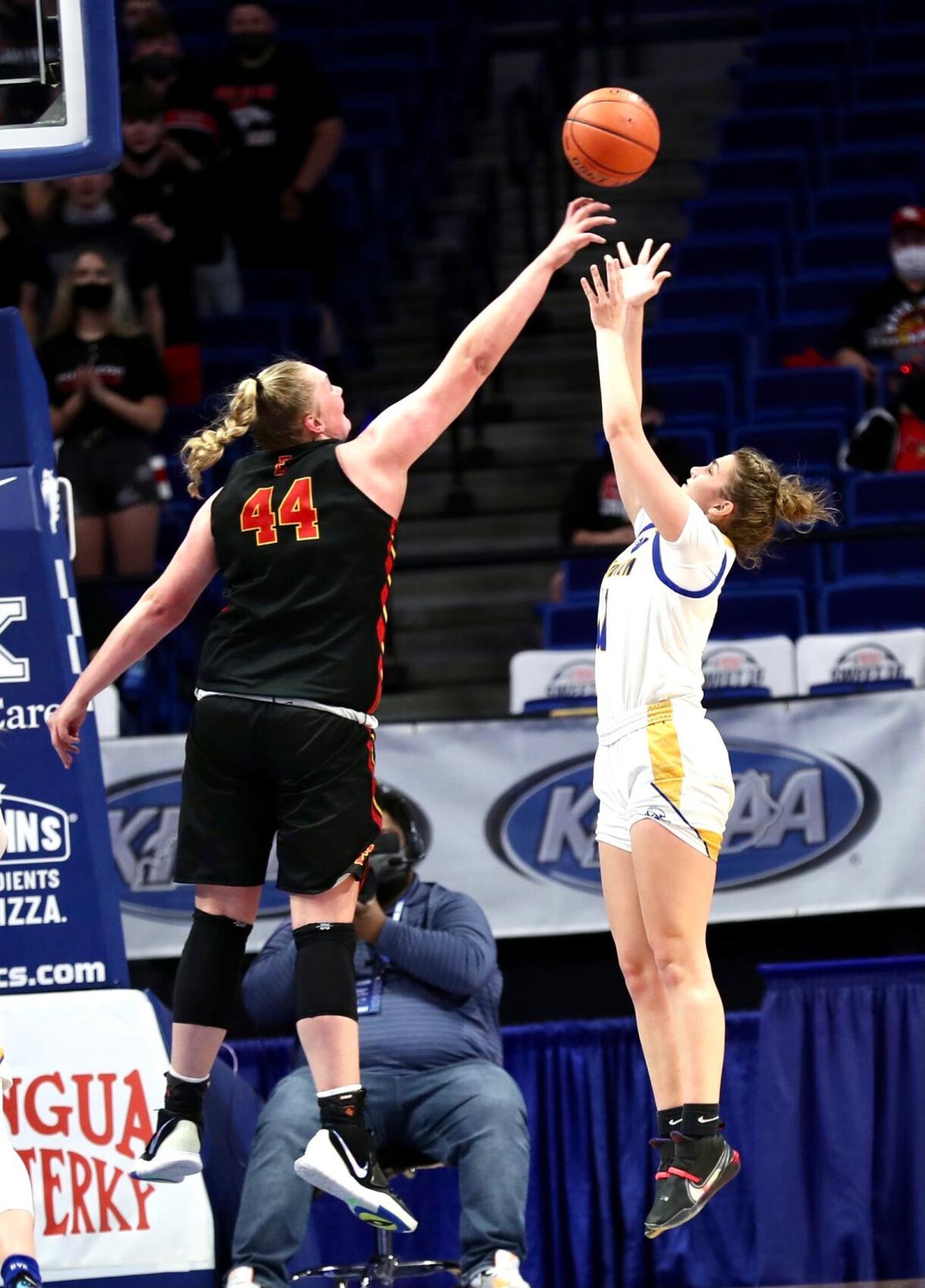 LEXINGTON — All “A” Classic champion Bethlehem kept its chance of winning the 2021 Mingua Beef Jerky Girls’ State Tournament championship alive by holding on to defeat Bullitt East, 70-65, on Thursday.

Senior Ella Thompson led Bethlehem with 23 points, eight rebounds, and four assists while Carlie Thurmond added 16 points and three assists in the win. Emma Filiatreau added 11 points and seven rebounds in the win. The Banshees hit 23-of-62 shot attempts, including an 8-19 effort from 3-point range.

Gracie Merkle led the Lady Chargers with 27 points and 18 rebounds while Emma Egan added 12 points, and Selena Granado finished with 10 points. Bullitt East turned in a 26-of-63 shooting effort while hitting 4-of-12 shot attempts from behind the arc.

Both teams came out firing in the first quarter with Bullitt East’s Egan scored eight points to give her team a slim 14-13 advantage heading into the second quarter. The Lady Chargers connected on 6-of-11 shot attempts during the period while Thompson’s five points led the Banshees. Bethlehem shot 4-of-16 from the floor but connected with two 3-pointers while going 3-for-3 at the free-throw line.

The roles were reversed in the second quarter with the Banshees turning up their defensive pressure while limiting Bullitt East to 3-of-14 shooting during the period. Bethlehem trailed by as many as five points (23-18) before using a 10-2 run to take a slim 28-25 lead into the locker room at halftime.

A 3-pointer by Filiatreau and a jumper by Thompson allowed the Banshees to build their three-point edge.

Bullitt East continued to battle throughout the third quarter before finally tying the game at 46 apiece going into the fourth quarter. Lexi Starr broke free for an open 3-pointer and knocked down the shot with two seconds remaining in the period.

The Lady Chargers’ lead grew to 50-46 after opening the fourth quarter with two baskets but Bethlehem reclaimed a 51-50 advantage with 6:15 left before seeing the lead change hands numerous times down the stretch.

Bethlehem finally took control of the game with 4:31 remaining in regulation thanks to a 3-pointer by Thompson that gave the Banshees a 58-54 advantage. Bethlehem’s lead grew to 64-58 with 1:10 left before seeing Bullitt East to 66-65 after a 3-pointer by Reid with 24 seconds remaining. The Lady Chargers never got any closer as Thompson and Thurmond each hit a pair of free throws to wrap up the win.