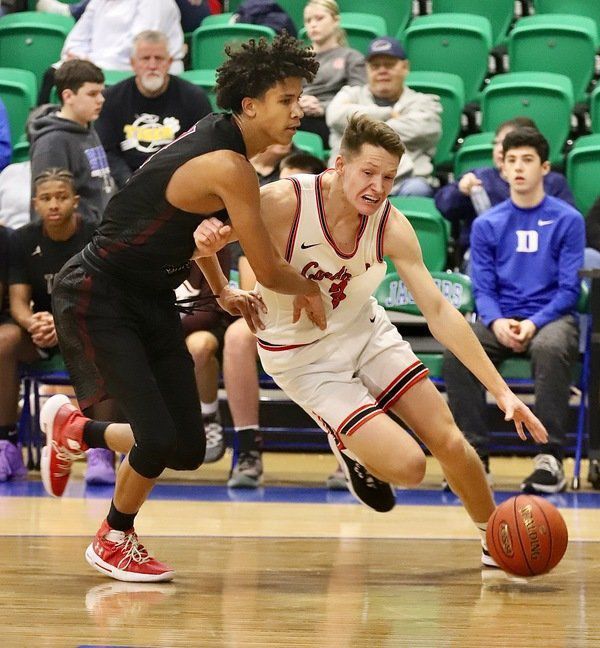 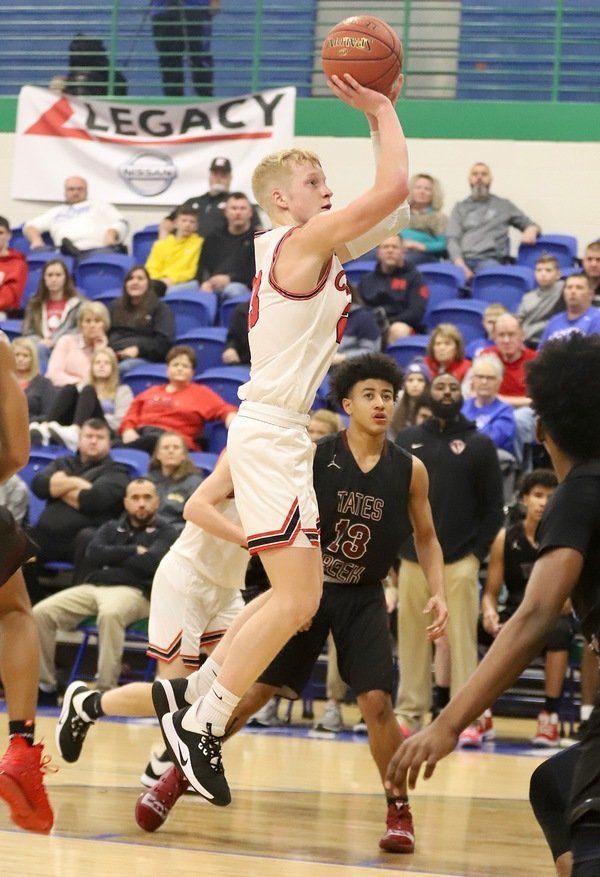 South Laurel senior Matt Cromer scored 12 of his game-high 30 points in overtime. The Cardinals' notched a 66-64 win over Tates Creek. 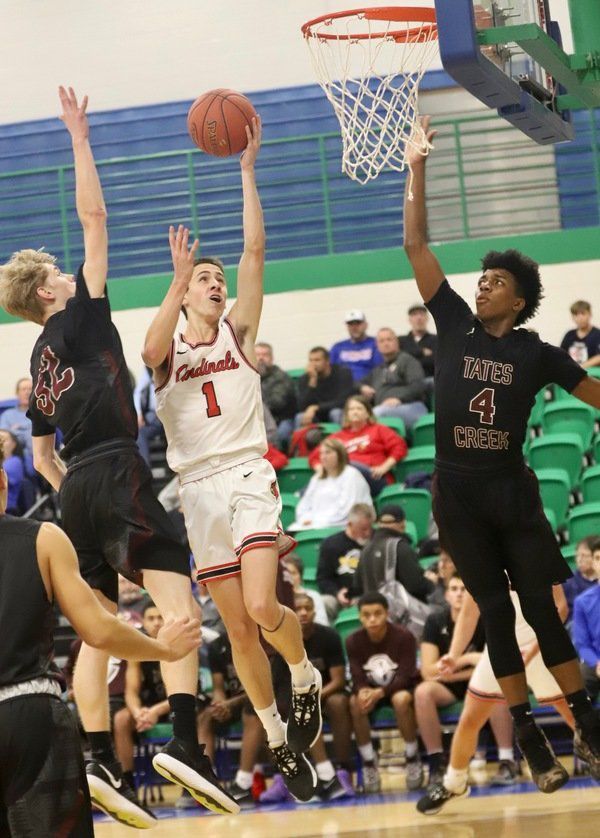 South Laurel senior Matt Cromer scored 12 of his game-high 30 points in overtime. The Cardinals' notched a 66-64 win over Tates Creek.

LONDON — After opening the season with wins of 42 and 32 points, South Laurel coach Jeff Davis was anxious to see how his team would respond in a close game.

The Cardinals (3-0) responded well in their third game of the season by pulling off a come from behind 66-64 overtime win over Tates Creek during Saturday’s Legacy Nissan Classic.

South Laurel trailed by as many as nine points in the second half before rallying to pick up the two-point victory.

“This was a challenging game for us, and it’s going to get even tougher next week,” Davis said. “I thought we played well at times and I thought we played out of our minds where we forgot the stuff we were supposed to do. We had those moments tonight, but one thing I love about this group is the grit. We got into foul trouble, but we did what we needed to do to win — we had guys step up.”

Senior Matt Cromer recorded his second 30-plus scoring effort of the week by finishing with a game-high 30 points while scoring 12 of those in the overtime. Micah Anders followed with a 13-point scoring effort while Brett Norvell finished with 11 points.

But the play of Caden Jones, Parker Payne, Rhys England, Ford Breeding, and Wes Wright also proved to be crucial during South Laurel’s third win of the season.

“Caden Jones does all of the little things you’re not going to see in the scorebook,” Davis said. “Ford Breeding did a lot of good things, too. He’s still trying to get his legs back from running cross country. Those guys are the ones that do the little things that make us better.

“Parker Payne came off the bench and played like he was a sophomore,” he added. “Now we need to see if we can keep the consistency. We also had Rhys England come in and play well. I’m hard on Rhys and he comes in and gets a huge rebound at the end of the half. If they (Tates Creek) get that rebound and score, we’re still down in the fourth quarter. They don’t understand how important those things are. Wes Wright came in and done a good job, too. We are slowly getting there in developing depth and now we are getting experience.”

Both teams had a feeling out process in the first half as the Cardinals managed to lead 27-25 at halftime before seeing the Commodores use a 16-6 run in the third quarter to take a 41-33 advantage.

South Laurel forced overtime by outscoring Tates Creek 17-9 during the fourth quarter while Cromer took over in the extra periods, scoring 12 of the Cardinals’ 16 points.

”That team is good,” Davis said of Tates Creek. “They took Henry Clay down to the wire. They’re only going to get better. This was a big challenge tonight. I’m just really proud of how our kids took our game plan and did a good job of it.”

South Laurel will be back in action Tuesday on the road against 50th District for Whitley County at 7:30 p.m. The Cardinals will travel to Jackson County on Friday to play Bowling Green at 7:30 p.m. before going up against 12th Region favorite Lincoln County at Madison Central (6 p.m. tip) on Saturday.

Another red-hot start by the South Laurel Cardinals led to their second win of the season.

The Cardinals (2-0) continued their dominating ways during Friday’s Legacy Nissan Classic by doubling up Montwood (Texas) with a 64-32 victory.

South Laurel built a 27-3 advantage in the first quarter and never looked back during its 32-point rout.

“I don’t think we came out focused in the Frankfort (scrimmage a few weeks ago),” Davis said. “Our guys still remember what happened after that — what we went through. I hope they continue to change.

“That’s what we are trying to do is change the bad habits,” he added. “It’s not always gonna be like this. We aren’t going to be hitting all of our shots. Our quick start tonight came from our energy on defense. It’s always great to start off hitting your shots, but it’s not going to be like that. We will see some adversity tomorrow and it will be interesting to see how we react and respond.”