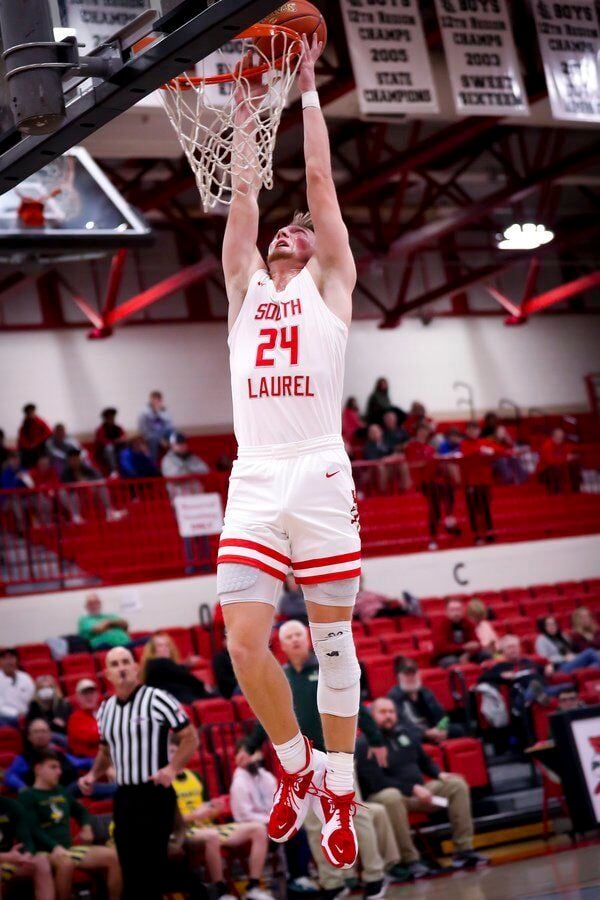 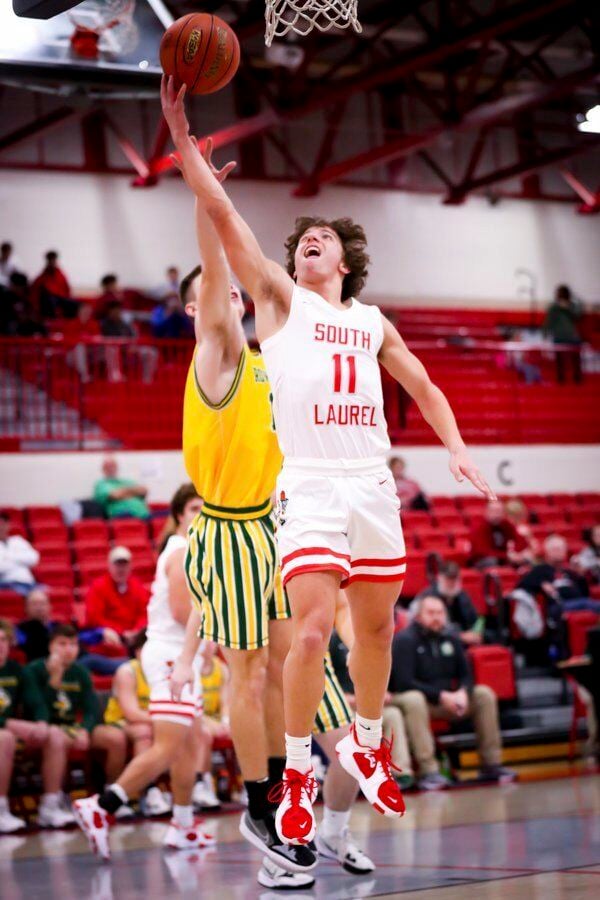 A second half surge propelled the South Laurel Cardinals to a win on Tuesday night in the opening round of the Legacy Nissan Dribble Drive Challenge at South Laurel.

The Cardinals came away with a nice 56-37 win over the visiting Rowan County Vikings. South Laurel was up just 21-19 after a slow first half, but a 23-6 run in the third quarter powered them to the win.

It was a strong performance on the defensive end from South Laurel. The 37 points allowed on the night was the lowest scoring total the Cardinals have allowed all season, and was nearly 20 points under the Rowan County scoring average of 56 points per game entering Tuesday night.

South Laurel got off to a slow start in the first quarter of the matchup. Payne scored five points in the period, but the Cardinals trailed 11-8 after one.

Behind the sharpshooting of Payne, South Laurel picked things up in the second quarter. Payne knocked down three big three-point shots in the second Reed and Eli Gover each scored big buckets, helping the Cardinals to a 21-19 halftime lead.

The third quarter was the turning point in the game and the most impressive for the Cardinals. England scored seven points and Payne added five in the quarter. Eighth grader Jordan Mabe scored all six of his points in the third, helping South Laurel to the 44-25 lead entering the fourth.

Five different South Laurel players scored in the fourth. Reed added four points, while Payne, Caden Jones, England, and Ayden Smith all scored, as well, as the Cardinals cruised to the 56-37 win.

With the win, South Laurel advances to the second round of the Legacy Nissan Dribble Drive Challenge. They will take on Cooper, who played Rockcastle on Tuesday.