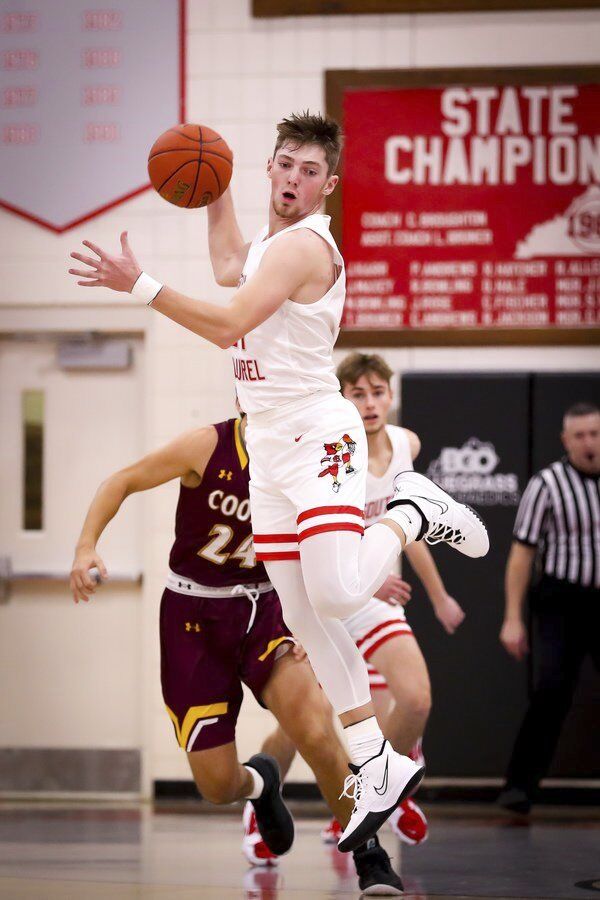 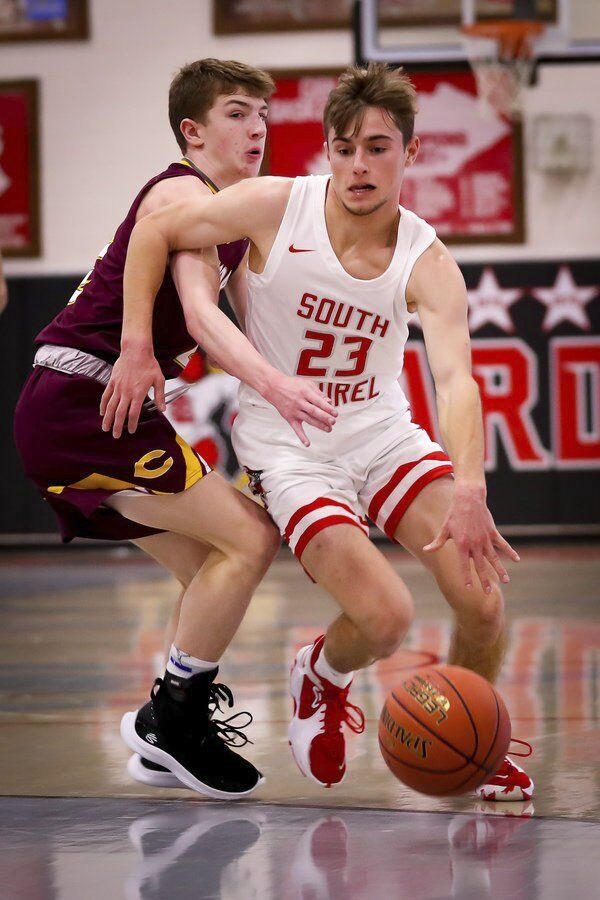 South Laurel's Parker Payne pushed the ball up the floor during Wednesday's game against Cooper. | Photo by Les Nicholson

South Laurel's Parker Payne pushed the ball up the floor during Wednesday's game against Cooper. | Photo by Les Nicholson

LONDON — After a big win over Rowan County on Tuesday in the opening round of the Legacy Nissan Dribble Drive Challenge, the South Laurel Cardinals dropped a 45-39 loss against the Cooper Jaguars in the second round of the tournament on Wednesday.

The Cardinals outscored Cooper 20-8 in the first quarter, but South Laurel’s offense went cold for the remainder of the game, scoring just 17 points in the next three quarters combined.

The 37 points scored by South Laurel is the lowest scoring output this season, after entering the game with a scoring average of 60 points per contest.

Parker Payne led the Cardinals with 12 points on the night, followed by Eli Gover with nine.

With South Laurel on top 20-8 at the end of the first, the Jaguars slowly began to claw their way back into the game. The Cardinals connected on just two field goals - a basket from Caden Jones and a three from Jordan Mabe - in the second quarter, but still maintained a 27-16 lead at the half.

The third quarter was the turning point in the game for both teams. South Laurel scored just four points in the period, with a three by Gover and a free throw from Jones. Cooper did not fare much better, scoring just nine points, but were able to cut into the Cardinals’ lead even more, as South Laurel led 31-25 after three.

Cooper heated up on offense in the fourth quarter. Payne did his best to keep South Laurel on top, scoring five points in the fourth, but Jaguar’s guard Montana Phillips knocked down three three-point shots and they got another one from Blake Berry to put them on top 37-34 with just two minutes left in the game.

With the loss, South Laurel has now dropped three of their last five with a record of 7-3 on the year. They will now take on Lincoln County in the next round of the tournament.