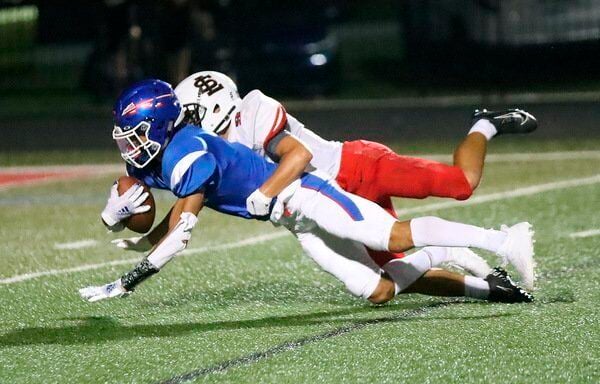 South Laurel's Hunter Bundy attempted to make a tackle during the Cardinals' loss to Madison Central. | Photo by Nathan Hutchinson 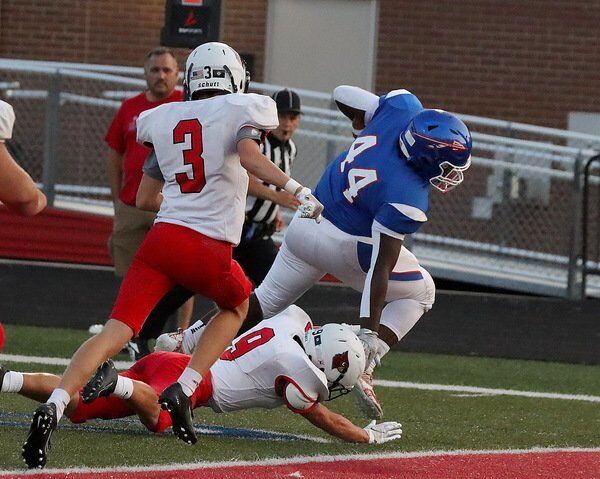 South Laurel was limited to 10 yards of total offense during Friday's loss to Madison Central. | Photo by Nathan Hutchinson 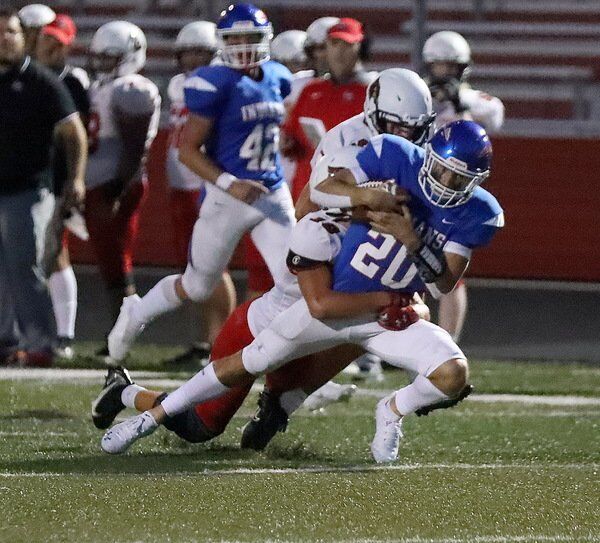 South Laurel's Hunter Bundy attempted to make a tackle during the Cardinals' loss to Madison Central. | Photo by Nathan Hutchinson

South Laurel was limited to 10 yards of total offense during Friday's loss to Madison Central. | Photo by Nathan Hutchinson

RICHMOND — Jeffery Kinley thought he had scored his first varsity touchdown after he took a handoff from quarterback Eli Steele and walked into the corner of the end zone during the first quarter of a match-up with South Laurel on Friday in Richmond.

A penalty, though, erased the play.

Madison Central senior was disappointed, but certainly not deterred.

The senior got another chance — on the other side of the ball — just a few minutes later.

Kinley picked up a fumble and returned it 19 yards for a touchdown.

The Indians (3-1) forced six turnovers and limited South Laurel to just 10 total yards as they rolled to a 69-6 win at home on Senior Night.

Kenyatta Hardge had three rushing touchdowns and Brady Hensley had two TD runs as Central ran out to a 49-0 halftime lead and racked up 408 yards of total offense, while not committing a turnover.

Jake Muntz came up with interception just 30 seconds into the game and one play later, Hardge scored on a 7-yard run.

Hardge added a 6-yard TD run later in the first quarter, while Hensley had scoring runs of 15 and 13 yards to give the Indians a 28-0 lead.

Jayden West had a 36-yard TD catch and Kinley's defense score pushed the Central lead to 42-0.

Hardge had a 6-yard run with 51 seconds left before halftime.

Blake Snyder scored on a 49-yard run in the third quarter before Brock Eads (8 yards) and Jackson Rohrer (15 yards) had rushing touchdowns in the fourth quarter.

Central finished with 284 yards rushing on 24 carries (11.8 yards a carry) with eight touchdowns.

The Cardinals (0-4) had -55 yards rushing as they suffered an 18th-straight loss. South Laurel was also 1-of-11 on third down and 1-of-6 on fourth-down attempts.

Central finished with 20 penalties for 213 yards.