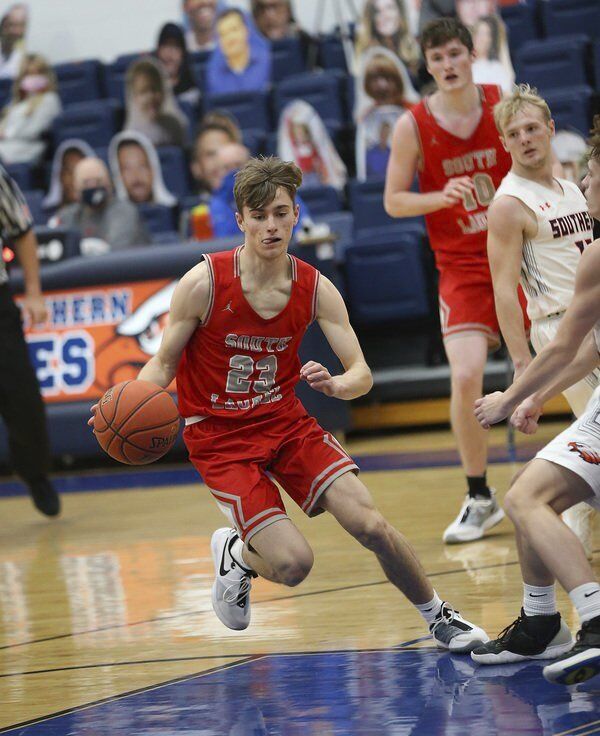 Parker Payne drives through the lane during Tuesday's win over Madison Southern. | Photo by Ricky Elkins 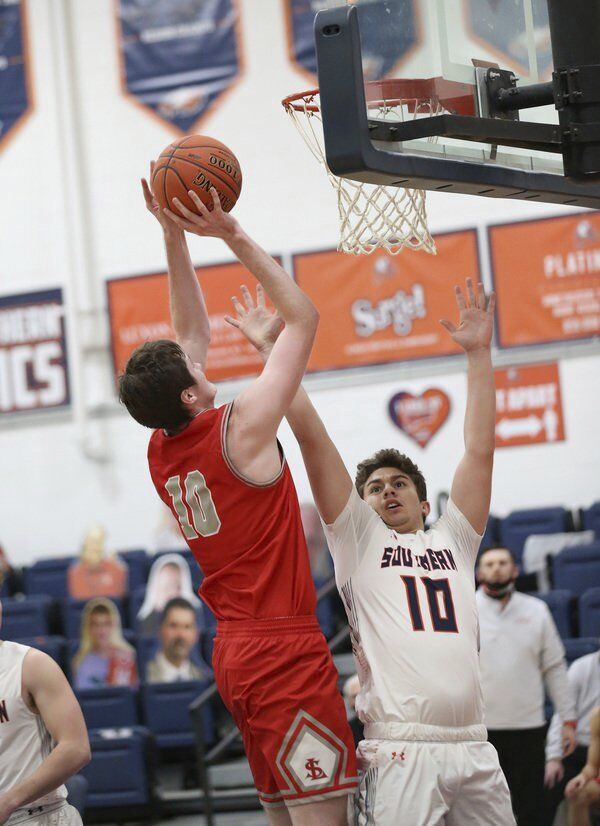 South Laurel's Rhys England scored 18 points on 7-of-9 shooting during the Cardinals' 73-61 win over Madison Southern on Tuesday. 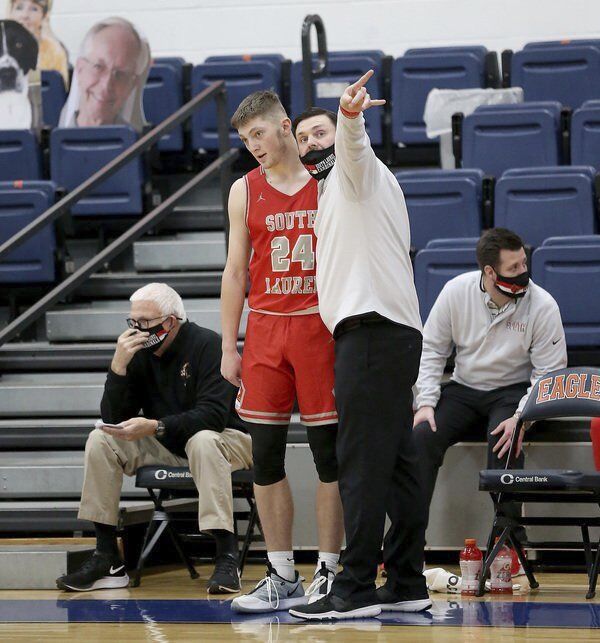 South Laurel coach Jeff Davis talks things over with Brayden Reed during a break in action. 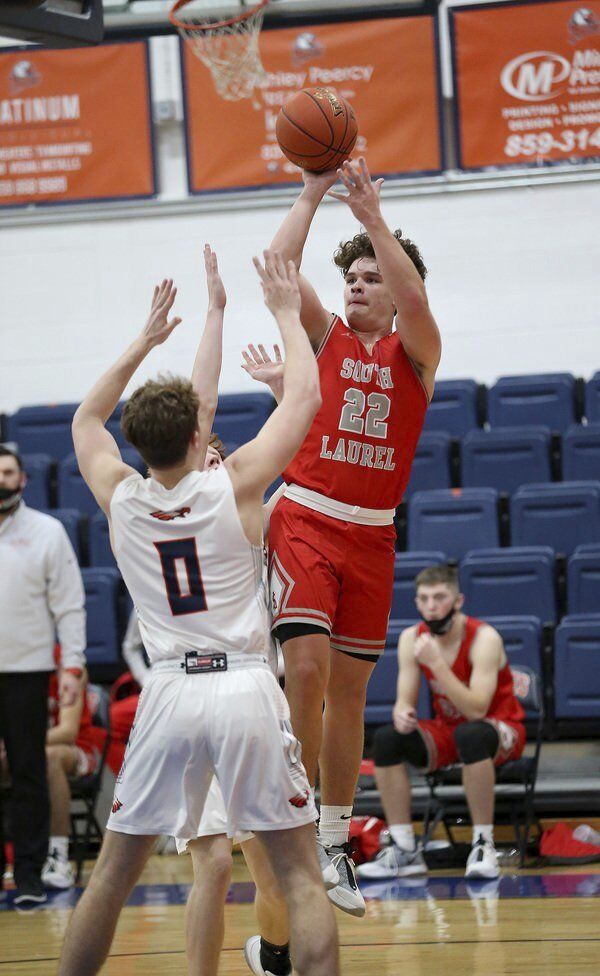 Parker Payne drives through the lane during Tuesday's win over Madison Southern. | Photo by Ricky Elkins

South Laurel's Rhys England scored 18 points on 7-of-9 shooting during the Cardinals' 73-61 win over Madison Southern on Tuesday.

South Laurel coach Jeff Davis talks things over with Brayden Reed during a break in action.

After a big win over Trinity on Saturday, the South Laurel Cardinals followed up with an impressive performance on the road at Madison Southern Tuesday night.

The Cardinals fell behind early, but put together a stellar night from the floor to storm back to take the 73-61 win.

Madison Southern came out strong to start the game and knocked down four three-point shots in the first quarter to take an early 20-11 lead. The Cardinals picked things up on both ends of the court in the second court. Anders and Smith both connected on three-point shots and England and Brayden Reed each scored four points in the period, to put South Laurel on top 29-28 at the half.

Coach Jeff Davis said he thought his team needed some time to settle down after the Eagles came out attacking to start the game. Better shot selection helped the Cardinals pull ahead by one in the second quarter. South Laurel shot an incredible 62-percent in the first half and finished with 56-percent for the game.

"Madison Southern has a good team. They really get after you. I think they hit everything they shot in that first quarter," said Davis. "We settled down in the second quarter. We moved the ball better and took better shots."

South Laurel was able to maintain their lead throughout the second half, due to their tight defense. Davis noted the play of Jones, who guarded Madison Southern's best scorer in Trent DeVires. DeVires entered the game averaging 20 points per contest. Jones held him to 15 points, and just four field goals on the night. Six of DeVires points came from free throws.

"Caden Jones did an excellent job in guarding DeVires," said Davis. "I thought we played well defensively. England and Payne rebounded well for us."

With a 51-43 lead heading into the fourth quarter, the Eagles tried to send South Laurel to the line to get back into the game. The Cardinals went 15-for-20 from the line to seal the game and cruise to the 73-61 win.

Davis said putting together back-to-back wins against two quality opponents in Trinity and Madison Southern was exactly what his team needs, especially with the lack of varsity experience that many of his players have.

"My worry coming into the season was would we be able to teach and correct while also keeping the kids' confidence up. Winning helps with their confidence and we still have been able teach and get better," said Davis. "It really is a credit to these kids. They have each others' backs, they play hard, and they are a lot of fun to coach."

With the win, the Cardinals are now 4-0 on the year. They will return to action on Friday, traveling to Whitley County.