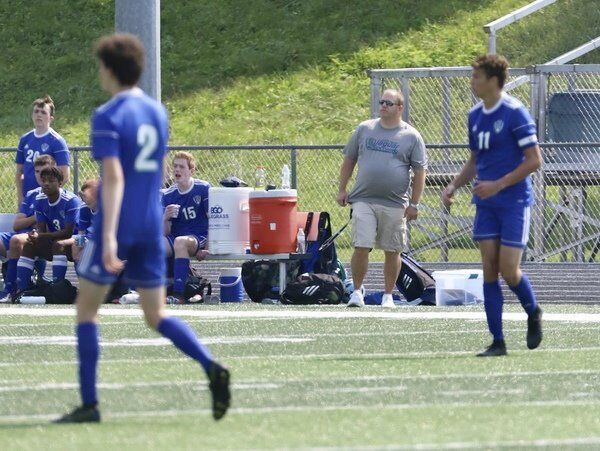 LONDON — It looks as if David Broyles’ North Laurel Jaguars are beginning to hit stride at the right time.

North Laurel broke open a one-all game in the second half by scoring four unanswered goals to defeat Whitley County, 5-1. The win improved the Jaguars to 4-4-2 overall and 1-1 against 49th District opposition. The loss dropped Whitley County to 2-6-3 overall and 0-2 against district foes.

North Laurel jumped out to an early 1-0 lead after Grant Abner assisted Jackson McCowan’s goal. The Colonels answered during the 22nd minute which ended up making the score 1-1 going into halftime.

“We started the game off strong and opened the scoring early when Grant Abner found Jackson McCowan for a goal,” Broyles said. “We had several shots on goal, but just couldn’t find the back of the net. We held the lead until about the 18 minute mark when we had a let down on defense allowing Whitley to score.”

And that’s when the Jaguars began to put the game away.

Seth Miller assisted Grant Abner minutes until the second half to give the Jaguars a 2-1 edge while Shaun Robinson’s assist set up Abner’s second goal, giving North Laurel a 3-1 lead.

“We came out in the second half with pressure and determination to put the ball in the net,” Broyles said. “We had two quick goals with Seth Miller finding Grant Abner with a through ball for a goal to make it 2-1. Within minutes, we had another goal when Shaun Robinson found Grant Abner with another through ball to make it 3-1. From that point, the combination of Noah Steely to Brayden Cassidy took over as Noah assisted Brayden on the next two goals to make it 5-1 with 12 minutes left to play.

“I felt that we controlled possession and tempo for 80 percent of the game and played well,” he added. “This was a good district win for us and we will use the momentum going forward. I believe we are playing our best soccer right now and it showed tonight.”