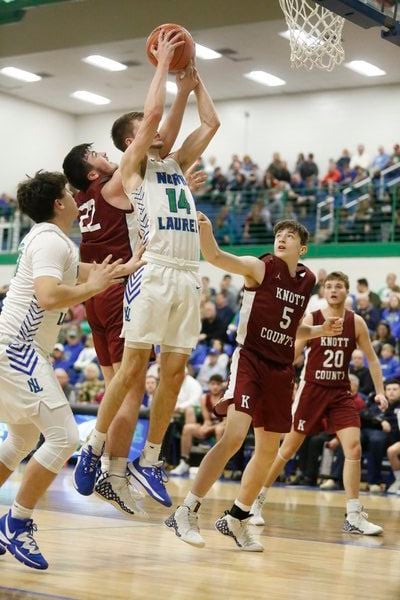 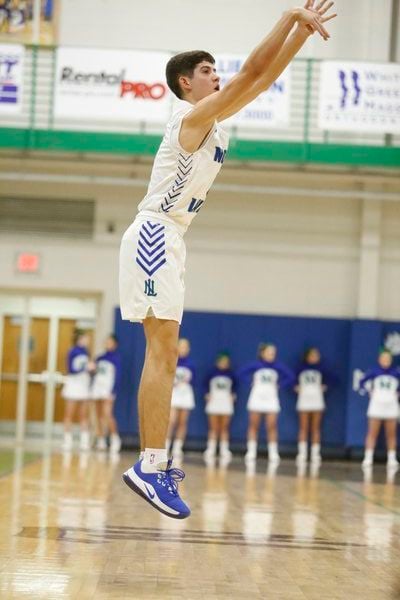 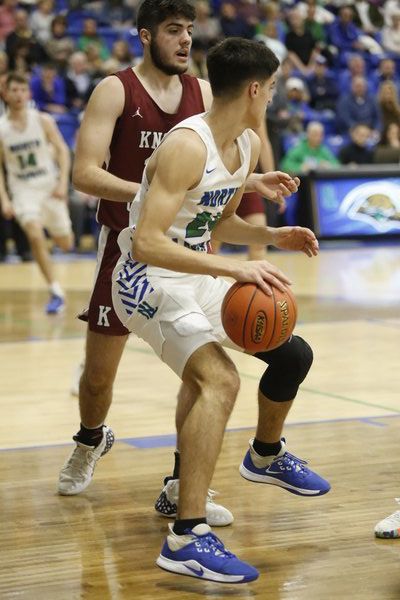 LONDON—North Laurel Coach Nate Valentine said his team has been struggling to start as strong as they finish but on Tuesday night, the North Laurel Jaguars started off their matchup against Knott County Central with the grit that Valentine has been looking for to help the Jaguars cruise to an 85-54 win.

“I thought our seniors did a great job of getting us off to a great start, making some shots early and that’s kind of been our struggle,” Valentine said. “If we don’t make our first couple shots it kind of gets contagious but some guys made shots early and I thought we played with really good energy and toughness and that’s something that we’ve been lacking. These guys busted their tails the last three days in practice and they deserved to have a game like this where they played well.”

After several lead changes, the Jaguars finally settled in with an eight point lead heading into the second quarter, 15-7, with Cole Kelley leading with seven points for the quarter.

The Jaguars had 11 players score points in Tuesday night’s win with four players scoring in double digits. Kelley led the Jaguars with 23 points while Ryan Davidson contributed 14 points, Isaiah Alexander had 13 points and Reed Sheppard scored 12 points on the night.

“We got a lot of help from several different places, not only points but rebounding and just giving us some overall toughness,” Valentine said. “We know that we need more balance in our scoring, we’ve just struggled to get it. So, we’re continuing to work and finding new ways to play and making changes. Hopefully these guys will game some confidence from this to get ready for a very tough game at Corbin on Friday.”

The Jaguars will travel to Corbin on Friday to face 13th region opponent the Corbin Redhounds.

“Corbin is going to play really hard, we know that,” Valentine said. “That’s a really hard place to win. We’re trying to treat this week as a tournament, I told them this was round and then we’ll go to Corbin for round two and come back here for Hazard on Saturday, so we’ll have to have as good if not better effort as we did tonight (Tuesday) to win on Friday and on Saturday.

“We’ve had some high spots, we just haven’t been very consistent and that’s the thing that we’re trying to figure out. If we can figure out ways to rebound the ball and not give the other team three shots every time they shoot it, I think we’ve got a better chance to win.”