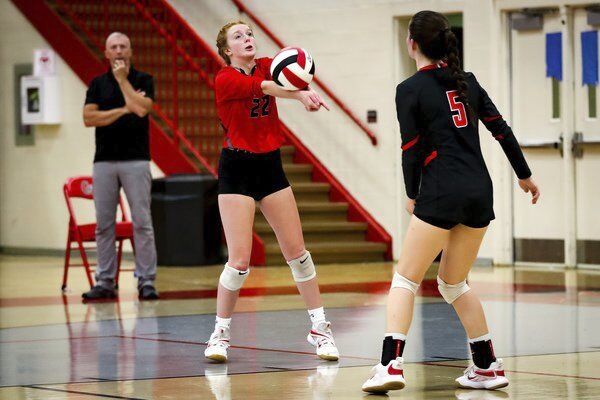 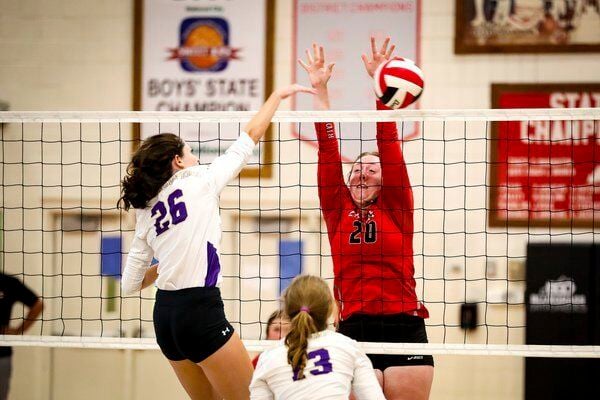 A week off due to COVID-19 restrictions did not slow down the South Laurel Lady Cardinals when they took on the Somerset Lady Briar Jumpers on Tuesday night, winning in three straight sets.

Prior to Tuesday night’s game, the Lady Cardinals had not been on the court since their loss versus Corbin on September 2. It had been 12 days since their last game, but Jamie Clark’s squad looked like they never left.

“I am extremely proud of our girls tonight. We have been off for over a week due to COVID-19 issues and we still managed to walk away with a win over Somerset in straight sets,” said Clark. “Hats off to Somerset for facing the same challenges we did and still played a very tough game. (Some) of our players are still out for different reasons, but this team stepped up and played some awesome volleyball.”

South Laurel came out firing on all cylinders on Tuesday. They took the first set in a tight 25-23 wint, but settled down and played better as the match went on. They won the second set 25-20 and the third set 25-17.

Clark said he was down to just seven players for the match, but each girl played well in the win.

Mack Rollins and Rachel Presley combined for 12 blocks on the night. Caroline Pagan led the team with 12 kills and had 32 digs, while Bella Heuser turned in an incredible performance with nine kills, three blocks, and 17 digs.

Brooklyn Dugger had seven kills and 23 digs, and Autumn Bales led the defense with 41 digs and six aces. Gracie Hinkle had 31 assists and 13 digs.

“We basically ran seven girls in all three sets and all seven played outstanding ball. I have to brag on every single one of them,” said Clark. “Bella Heuser had one of the best games I’ve ever watched her play. She played a very smart and consistent game tonight. Brooklyn Dugger played her first varsity game tonight and played extremely well. She stepped up big time.”

“Autumn Bales continues to impress with her defensive abilities. Gracie Hinkle flat out hustled like crazy tonight, getting to the passes. We love this team and are blessed to be a part of this experience.”

With the win, the Lady Cardinals improved to 7-1 on the year. They will take on East Ridge in the Kim King Spike Fest Tournament this Saturday in Knott County.