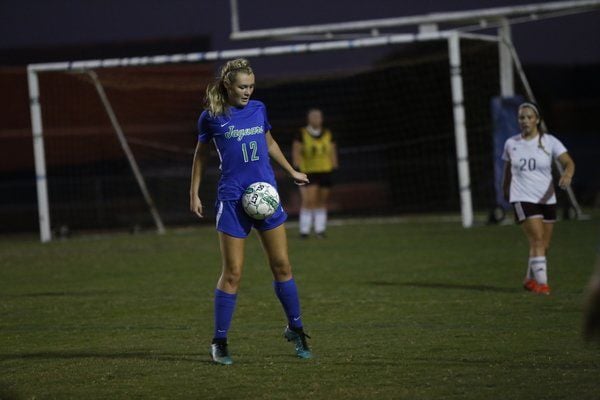 North Laurel's Madison Dagley had one goal for the Lady Jaguars in Thursday's 3-1 win over Somerset. 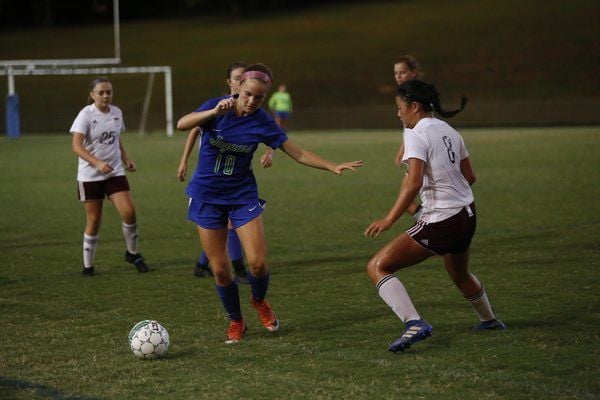 Olivia Rudder and the North Laurel Lady Jaguars will be back in action on Tuesday, taking on Whitley County.

North Laurel's Madison Dagley had one goal for the Lady Jaguars in Thursday's 3-1 win over Somerset.

Olivia Rudder and the North Laurel Lady Jaguars will be back in action on Tuesday, taking on Whitley County.

SOMERSET—The North Laurel Lady Jaguars are on a three-game winning streak after picking up a 3-1 win over Somerset on Thursday night.

With the win, the Lady Jaguars are now sitting at a 5-1 record.

“Somerset has a pretty good team,” said North Laurel Coach Rod Messer. “We’d scrimmaged them earlier in the year and they were very competitive in the scrimmage and tonight’s game was pretty competitive, as well. I wasn’t totally pleased but on the other hand we hadn’t really played a really competitive game.”

Three Lady Jaguars found the back of the net, with goals by Madison Dagley, Maddi Mastin and Olivia Rudder in the first half of the game.

The Lady Jaguars went into halftime with a three-goal advantage, 3-0, but weren’t able to find the back of the net again in the second half.

North Laurel allowed Somerset to add one goal in the second half, finishing with a 3-1 win over the Lady Briar Jumpers.

“We didn’t play as well in the second half,” Messer. “The ball movement wasn’t as good. They’d probably made some adjustments and they were a little more aggressive. We got some decent shots but those shots just didn’t fall for us, so it’s good we got those three in the first half.”

North Laurel will be facing district opponent Whitley County (7-1) on Tuesday at home. Game time is set for 5:30 p.m.