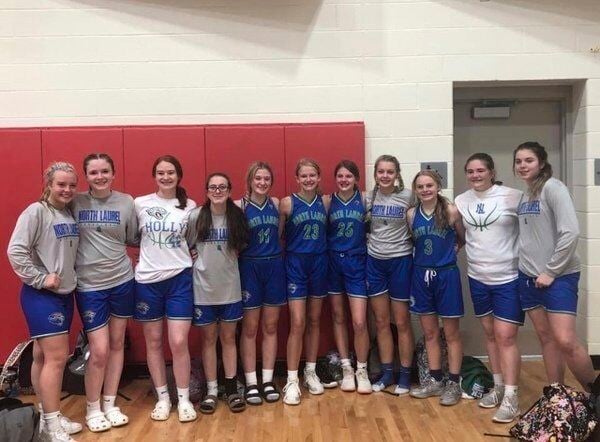 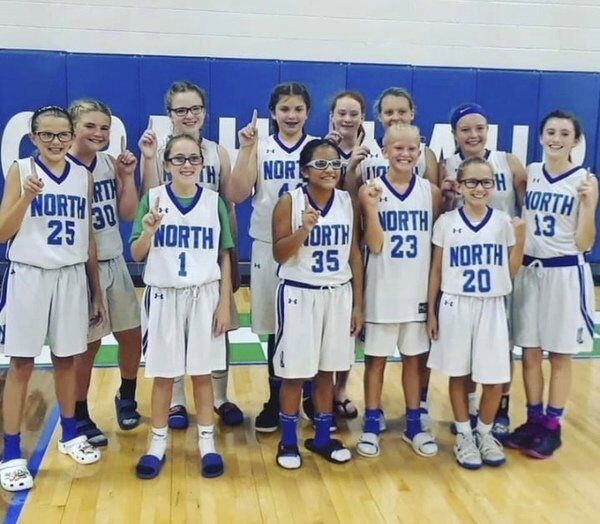 As sixth-graders, North Laurel posted a 29-0 record while winning both the regular season and conference championships along with a state championship. | Photo Submitted 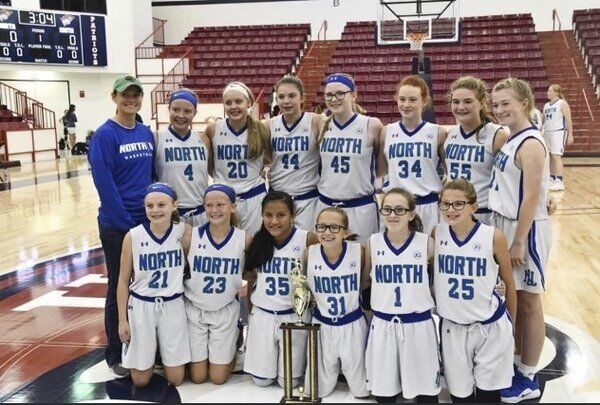 In seventh-grade, North Laurel posted a 28-0 record while winning both the regular season and conference championships along with a state championship. | Photo Submitted

As sixth-graders, North Laurel posted a 29-0 record while winning both the regular season and conference championships along with a state championship. | Photo Submitted

In seventh-grade, North Laurel posted a 28-0 record while winning both the regular season and conference championships along with a state championship. | Photo Submitted

LONDON — Sixty-five and oh, what a feeling.

The North Laurel Middle School girls basketball team capped off a perfect 65-0 mark during their middle school careers when they defeated South Laurel last week to finish a perfect 8-0 record as eighth-graders.

The group of girls entered with high expectations as sixth-graders and lived up to them during their three-year stay at the middle school level.

Their accomplishments over the past three years are impressive, to say the least.

From winning multiple regular and conference tournament championships to recording three perfect seasons (29-0, 28-0, and 8-0) while capturing state championships during their sixth- and seventh-grade seasons.

“This group of young ladies have stepped up to the challenges year after year and I couldn’t be more proud to be on the sidelines to watch them,” coach Haley Ratliff said. “I have challenged them in academics, in practice, and in games by taking them during their sixth and seventh-grade years to play older grades and they were still capable of winning and holding their own.

“Going undefeated for three years is tough, but these girls never panicked and stayed together when games were close,” she added. “They have relied on each other and have really created a sense of family and togetherness. They all understood the meaning of teamwork and we couldn’t be where we are without each other.”

It’s fitting that Ratliff’s final game as coach resulted in a North Laurel win. She is now settling into her role as North Laurel High School’s athletic director.

“It definitely helps the transition of ending my coaching career and moving into a new role when you can coach a group of kids like this,” she said. “I couldn’t have written it any better way. Three years of kids working hard and getting better on and off the court and being able to leave their eighth-grade year and be at the high school is a great resolution. Simply being able to reconnect with my past teams and this group again at the high school level is a great scenario.”

Ratliff said having each player bring something different to the team is one of many things that made this specific group of girls special.

”All the different personalities simply made the perfect combination for us,” she added. “We all became connected instantly during their sixth-grade year and each day after that we just kept growing together. These girls absolutely love one another like sisters on and off the court. It was so much bigger than basketball for us — it is a family.”

It doesn't look like the eighth-grade squad will get an opportunity to finish their careers with a chance to win another state championship due to the COVID-19 pandemic but if they did get the opportunity, Ratliff liked their chances.

“It’s been really tough on the kids mentally with the thoughts of ‘what if,’ but we’ve adjusted and took that much more appreciation into each practice and game we were able to have,” she said. “The appreciation for basketball grew tremendously this season and we are all thankful to have had the opportunity to play the few games we did. If there was a state tourney this year, it would be huge for these players to get the opportunity to close out their middle school careers as possible three-time state champions.

“From day one these players came in with a different attitude of ‘I’m getting the job done, one way or another,’” she added. “As a coach, you savor those attitudes, and their pure joy to play basketball. Each player in this group absolutely loved seeing each other succeed and it didn’t matter who was scoring or getting the limelight, they bought into the team. I truly do not believe that they would’ve accomplished half of the things they did if they hadn’t bought in. Overall, as a coach that is the biggest accomplishment that this group has conquered for me — being a team, caring for one another, learning, and having fun.”