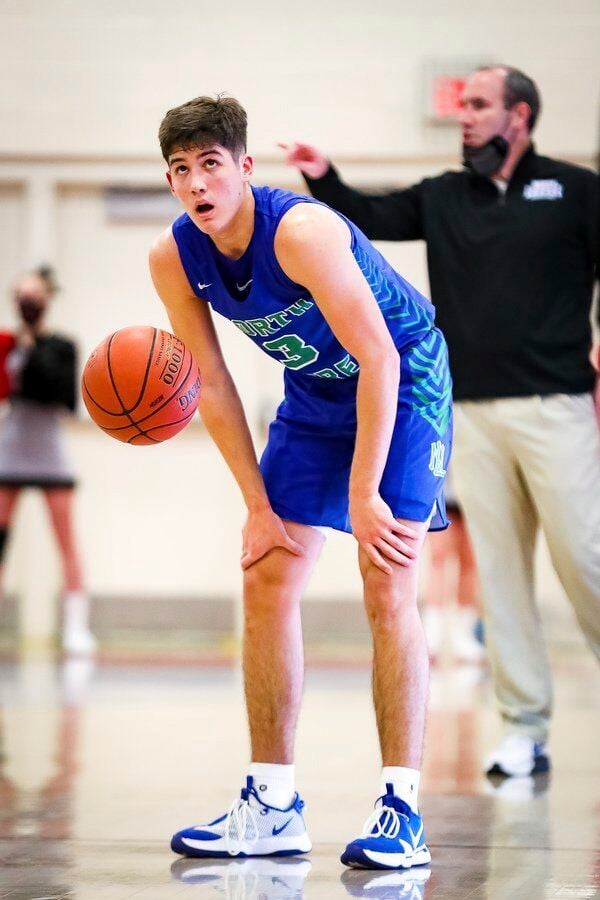 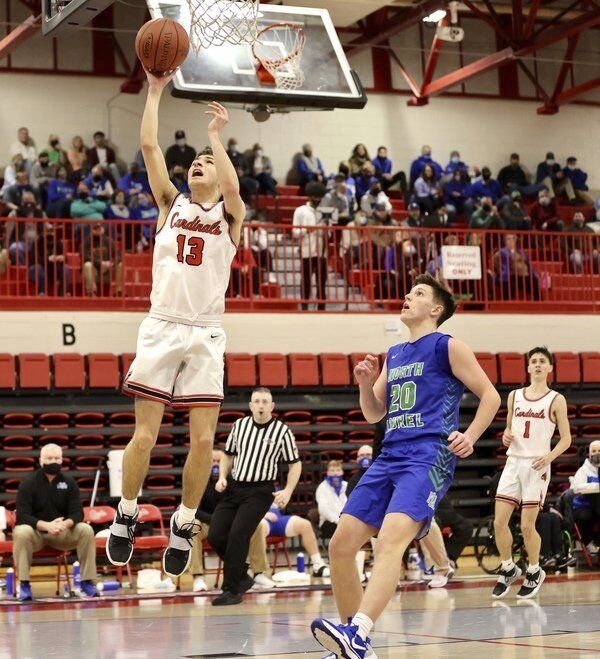 Eli Gover and the South Laurel Cardinals are currently ranked No. 3 in the latest edition of the Fear 'Les' 13th Region Boys Hoops Rankings. | Photo by Darrin Spencer

Eli Gover and the South Laurel Cardinals are currently ranked No. 3 in the latest edition of the Fear 'Les' 13th Region Boys Hoops Rankings. | Photo by Darrin Spencer

The Jaguars remain unbeaten and have defeated some of the best teams in the state, yet continue to be overlooked statewide by having the same team they defeated ranked over themselves in some rankings.

North Laurel doesn’t seem to mind, though. The Jaguars continue to work hard and are off to a program-best 14-0 mark. Teams have tried to run and slow it down against Nate Valentine’s squad but neither seems to work.

The Jaguars dominated Harlan County on the road this past week while surviving South Laurel’s deliberate style of play Saturday with a 64-49 win.

The Panthers suffered a disappointing 77-72 loss at home to Corbin on Wednesday but responded in a big way against Clay County, beating the Tigers, 74-45. They also defeated Harlan County, 74-70, last Sunday to capture the WYMT-Food City Mountain Basketball Classic championship.

Coach Jeff Davis continues to do a fantastic job with a Cardinal squad that many thought would be lucky to win 10 games this season.

Davis has molded a South Laurel squad that gives 110 percent and plays some of the best defense in the state.

They led North Laurel, 26-24, at halftime of Saturday’s game and again at 34-33 with five minutes remaining in the third quarter before seeing the Jaguars roll to a 64-49 victory.

Despite the loss, the Cardinals continue to show they're a team you can’t overlook.

It’s been an interesting week and a half for the Green Dragons. They're 2-2 during the stretch which included a 67-64 loss to Lynn Camp on Monday but the 13th Region All ‘A’ Classic champions quickly turned things around and snapped a 29-game losing skid to Harlan County and defeated their 52nd District rivals, 74-50.

Senior Jordan Akal continues to dominate. He is averaging a team-best 27.4 points per game while Jaedyn Gist continues to average a double-double (14.7, 11.7).

It was not a good week for the Harlan County Black Bears. Not only did they go 0-3 but all three losses were to region teams.

Mike Jones’ squad dropped a 74-70 decision to Knox Central before losing to North Laurel at home, 96-75. Add Harlan’s 74-50 win over Harlan County and now, the Black Bears are desperately needing a win.

Just when you think the Redhounds can be counted out as a regional contender for the season, Tony Pietrowski’s squad turns things around, and now look like they’re beginning to hit stride.

Hayden Llewellyn continues to lead the Redhounds with a 25.1 scoring average while Josh Hibbits (14.1) and Carter Stewart (13.2) are also two big scoring threats.

The Tigers fall all the way to the No. 7 spot after dropping a 72-71 overtime loss at home to Pulaski County while following up with a disappointing 74-45 blowout loss to No. 2 Knox Central.

Connor Robinson, who leads the team with a 29.8 scoring average, scored 30 points against the Panthers but Raven Abner and Connor Farmer were limited to nine points combined, 21 points under their combing scoring averages.

The Wildcats are another hard team to figure out. Of course, they’ve got the talent to compete with the top teams in the region but they struggle at times, too.

The Tigers have been heard to read this season. They’ve lost three of their last four games but the win was against No. 8 Lynn Camp. Barbourville led throughout during the contest and defeated the Wildcats on the road, 62-54.

Matthew Gray, who leads the Tigers with a 23.2 scoring average continues to be one of the top offensive players in the 13th Region.

Brad Sizemore’s Bobcats are rolling, winning five of their last seven games. They did drop a 76-66 loss to 52nd District for Harlan last week.

Cameron Burnett is beginning to catch fire, he’s recorded consecutive double-doubles and leads the team with a 16.6 scoring average and a 7.5 rebounding average.