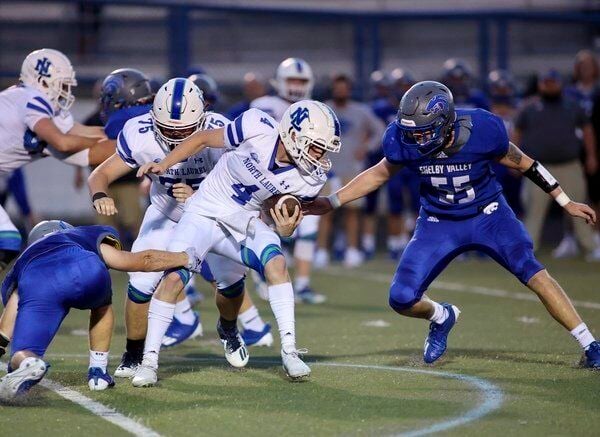 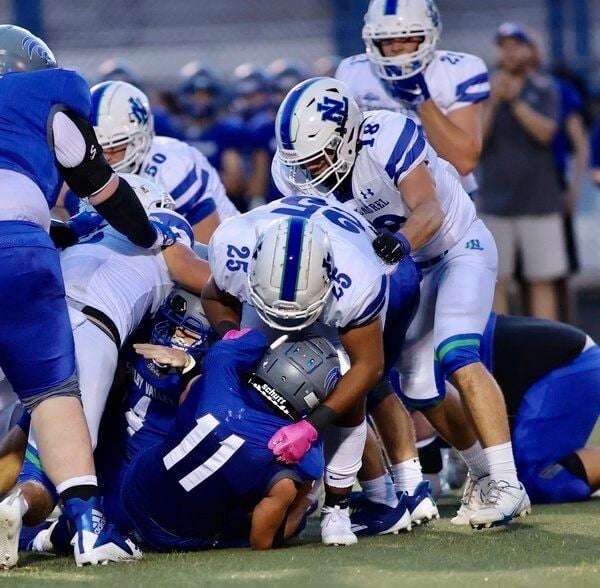 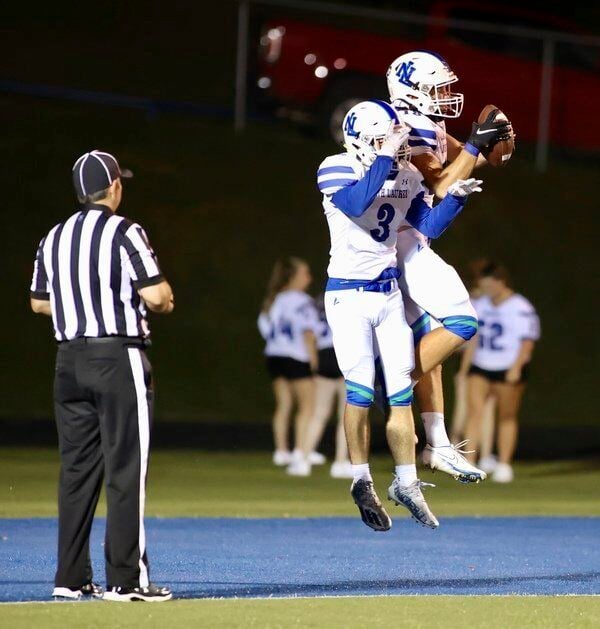 North Laurel's players had plenty of reasons to celebrate during Friday's win over Shelby Valley. The Jaguars are 3-0 for the first time in four years. | Photo by Darrin Spencer

North Laurel's players had plenty of reasons to celebrate during Friday's win over Shelby Valley. The Jaguars are 3-0 for the first time in four years. | Photo by Darrin Spencer

PIKEVILLE — North Laurel is off to its best start in four years after going on the road and defeating Shelby Valley, 42-7, on Friday.

The Jaguars improved to 3-0 for the first time since 2017 when they started the season with a 4-0 mark. They also matched their win total from last season.

Chris Larkey’s squad established its ground attack during its second possession of the first quarter. The Jaguars moved the ball with ease as Jayce Hacker capped off the drive with a 16-yard touchdown run to give his team an early 6-0 lead with 6:18 left.

North Laurel put together another long scoring drive in the second quarter as Christian Larkey’s one-hard plunge into the end zone made the score 12-0. The Jaguars added the two-point conversion and led 14-0 with 10:08 remaining in the first half.

Chris Larkey’s squad scored before the half at the 3:17 mark while taking a 21-0 advantage over the Wildcats. Quarterback Tucker Warren found Jayce Hacker open downfield for a 36-yard touchdown pass.

North Laurel wasted little time finding the end zone in the second half.

A running clock was put into effect with 4:28 remaining in the third quarter as Warren found Eli Sizemore for a 51-yard touchdown connection to make the score, 42-0.

Shelby Valley scored its lone touchdown with 2:32 left in the game.

North Laurel will look to win its fourth consecutive game next Friday with another long road trip but this time to Barren County.