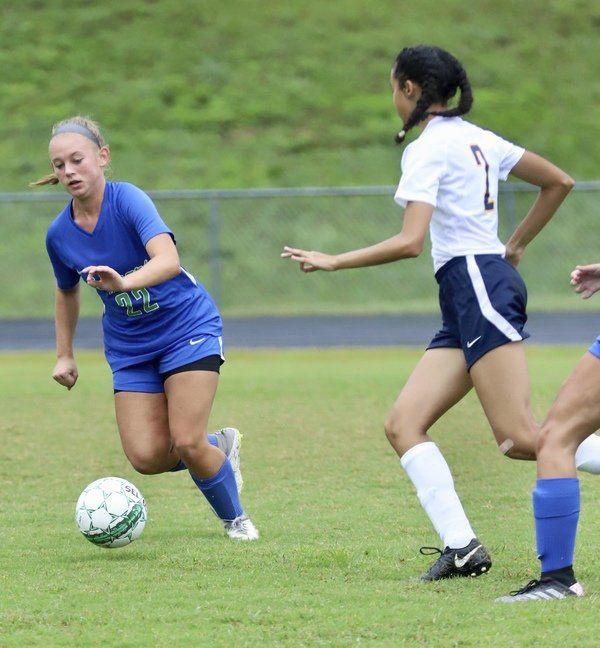 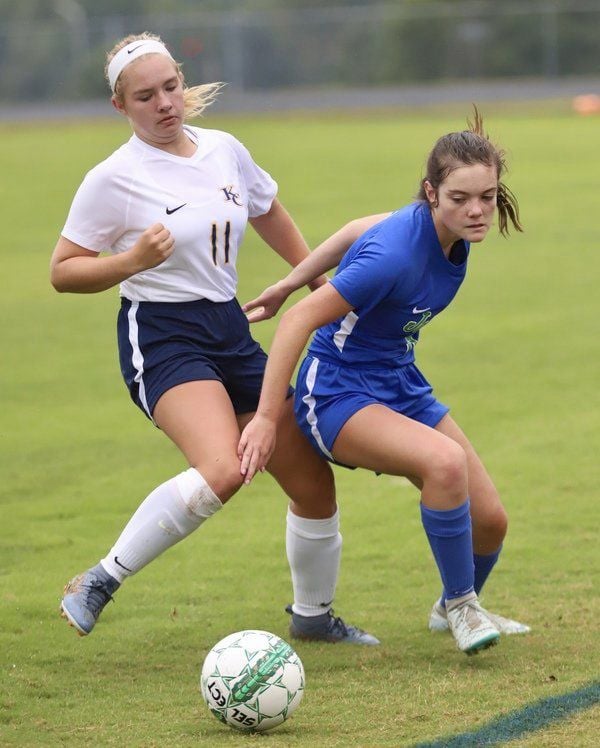 North Laurel's Maddi Mastin attempted to regain possession of the ball during first half action of Monday's game against Knox Central. 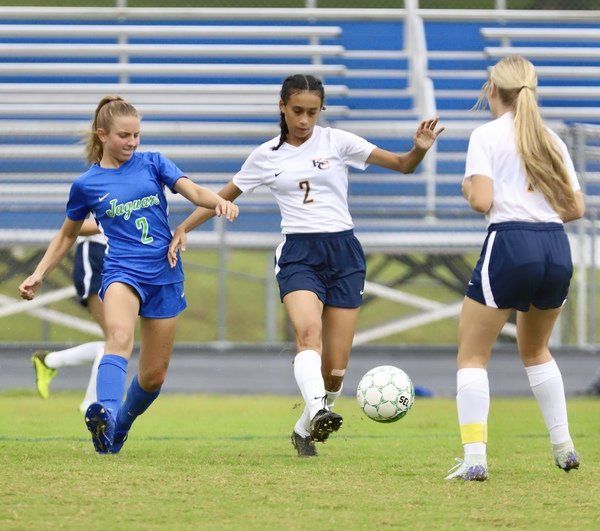 North Laurel freshman Taryn Reed attempts to take the ball away from a Knox Central Player.

North Laurel's Maddi Mastin attempted to regain possession of the ball during first half action of Monday's game against Knox Central.

North Laurel freshman Taryn Reed attempts to take the ball away from a Knox Central Player.

LONDON — A 10-day lay-off combined with rainy conditions could have been trouble for most teams, but not Rod Messer’s North Laurel Lady Jaguars.

North Laurel improved to 3-1 while outscoring their opponents 20-2 during the three victories by defeating regional foe Knox Central on Monday, 6-0.

“We were able to score some goals early and get out on them,” Messer said. “I thought we played well, but the big thing was to come out and do what we needed to do to get the win.

“We hadn’t played in 10 days and I believed it showed early,” he added. “We haven’t played as many games as we should. We should have already played eight games so far, so we haven’t been able to put much together yet.”

Anderson’s goal 14 minutes into the contest gave the Lady Jaguars an early 1-0 lead while Dagley’s goal five minutes later pushed North Laurel’s advantage to 2-0. Messer scored during the 38th minute to give her team a 3-0 edge at halftime.

Messer added her second and third goals of the match during the first 10 minutes of the second half to put the game out of reach while Dagley’s goal during the 58th minute wrapped up the six-goal victory.

North Laurel is scheduled to be back in action on Thursday at home against Oneida Baptist. The game is slated for a 6 p.m. start.

“We’ve got district play coming up against Oneida on Thursday, so getting this game in will get us prepared for our first district game,” Messer said.

David Wilson Phipps, 67, of London, formerly of Bell County, passed away on Sunday, January 5, 2020 at St. Joseph London. He was born in Pineville on October 3, 1952, a son of Elsie McGeorge Phipps and the late Wilson Phipps. He was a member of Moss Chapel Baptist Church and he loved his chu…