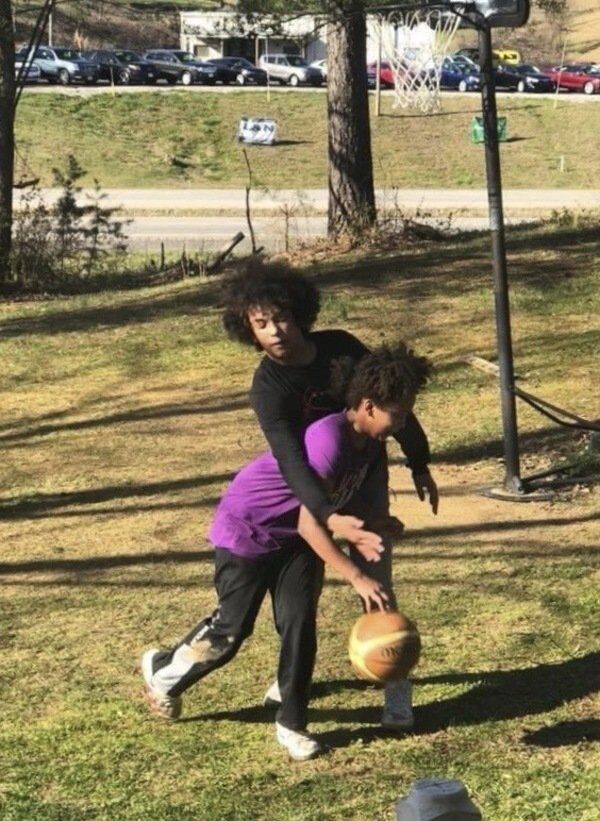 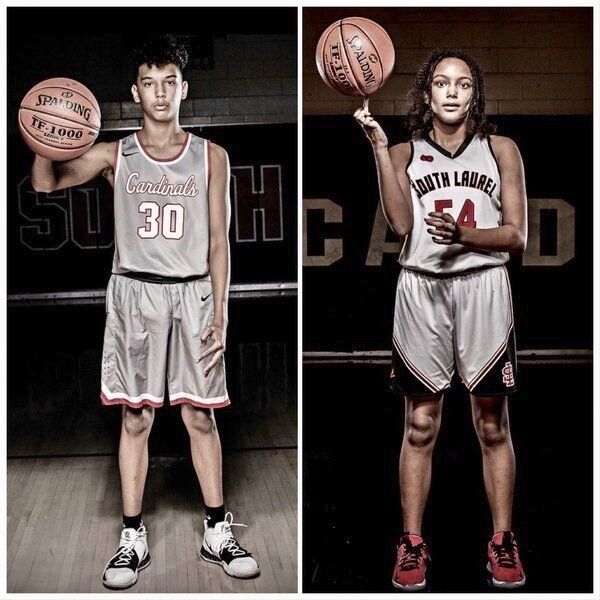 Both Jordan Mabe and Skeeter Mabe turn heads when they step on the ballcourt to play basketball. The brother-sister duo is two of the best players in their respective age groups in the state. 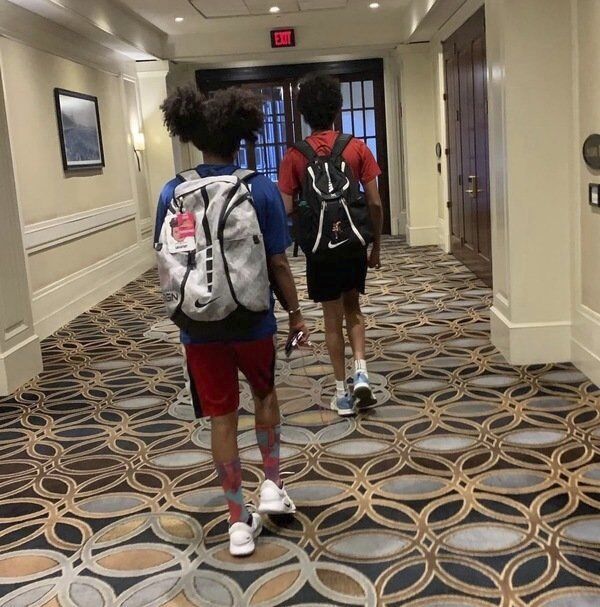 Both Jordan and Skeeter Mabe have been playing basketball for their respective AAU teams this summer. 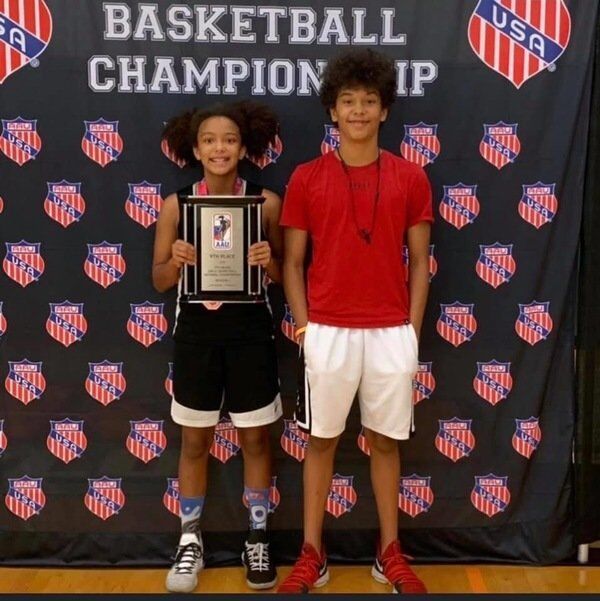 The brother-sister duo of Jordan and Skeeter Mabe is always supporting each other when they play basketball.

Both Jordan Mabe and Skeeter Mabe turn heads when they step on the ballcourt to play basketball. The brother-sister duo is two of the best players in their respective age groups in the state.

Both Jordan and Skeeter Mabe have been playing basketball for their respective AAU teams this summer.

The brother-sister duo of Jordan and Skeeter Mabe is always supporting each other when they play basketball.

LONDON — Both Jordan and Skeeter Mabe have long been turning heads since they first touched a basketball.

The brother and sister duo started playing basketball at a young age, and once they learned how to dribble, their love for the game has never stopped.

Jordan, who is 14, and a soon-to-be freshman, and Skeeter, who just turned 12, and will be entering seventh grade, are now catching the eye of everyone when they step on the court during AAU play.

Both are talented players, who come by it honestly— their mom, Lakesha, was an All-American while playing for Lincoln Memorial University.

But to the both of them, they’re just doing something they love to do.

“I’ve been told I could dribble before I could walk, so that would be about 10 months old,” Jordan said. I decided that basketball was the sport I wanted to play when I chose between that and soccer.”

“I started when I was 6 years-old with Jeff Sheppard, and the Kentucky Playmakers,” Skeeter said. “I also play volleyball.”

Both Jordan and Skeeter credited their parents, Jesse Sizemore, and former University of Kentucky great Jeff Sheppard, as folks who have helped them improve as they got older.

“I have had many people help me with basketball but the people that have helped me the most are my parents, Jesse, and Jeff Sheppard,” Jordan said. "Those four have pushed me the most.”

Skeeter agreed with her brother but also said Jordan has been a big help as well.

Both Jordan and Skeeter are competitive, especially when they play and train with each other on the ball court.

“It’s very good to see her play the same sport, and to work with her on our craft,” Jordan said.

“We fight a lot about basketball, driving our mom crazy,” Skeeter smiled.

Jordan admitted he gets the best of his sister when they do play against each other but Skeeter admitted she gets her fair share of wins, too.

“We do play one-on-one sometimes, and I do win every time because I’m the better player,” Jordan grinned. “The majority of the time, we do shoot and train with each other when we can.”

“We do a lot of shooting and training together,” Skeeter said. “Usually Jordan wins but sometimes I beat him.”

As they continue to improve, the brother-sister duo both admit they do feel the pressure.

“I feel a lot of pressure because sometimes I feel like people expect me to lead the team sometimes,” she said. “When it comes to travel ball, I don’t feel much pressure unless it’s a close game at the end and everyone knows I’m getting the ball.“

Even though they both enjoy training and playing together, they don’t see eye-to-eye when they have to watch each other play.

Jordan said he enjoys watching his sister play while Skeeter said, well, she’d rather be playing.

“I enjoy watching Skeeter play because, in a way, I see myself at that age,” Jordan said. “My sister plays gracefully, and intelligently.”

“It’s boring watching him play because I’m not playing,” Skeeter smiles. “I do like it though if it’s a close game. I did get excited when I saw him dunk for the first time in Indy. I think he passes the ball too much. He needs to shoot more.”

Even though Jordan may not shoot as much as his sister would like, his play has already caught the eyes of some colleges, and Skeeter has done the same, but she also said her main goal currently is to win a state championship.

“My future goals are to win the region and to go to college. I’ve been contacted by Ball State and Barry College out of Florida,” Jordan said. “The college interest doesn’t affect me, though. I just try to take it one game at a time.”

“I want to win state, go to a good college (UConn), and make it to the WNBA,” Skeeter said. “Murray State sends a lot of mail, Louisville has called a couple of times, Baylor once, EKU once, and Stanford has sent an email but I just go out and play the game. College is a long way off.”

And when it comes down to it, both Jordan and Skeeter are happy to be able to go down the same successful path together.

“Me and my sister are very close. We have always been together, and the game of basketball has made us closer,” Jordan said.

“We support each other. If he’s in a close game, I’m pretty loud and vocal. We both love the game, and we’re so competitive that we push each other to be better. I’m his biggest fan, and I think he is mine. I know he is my biggest critic,” Skeeter smiled.