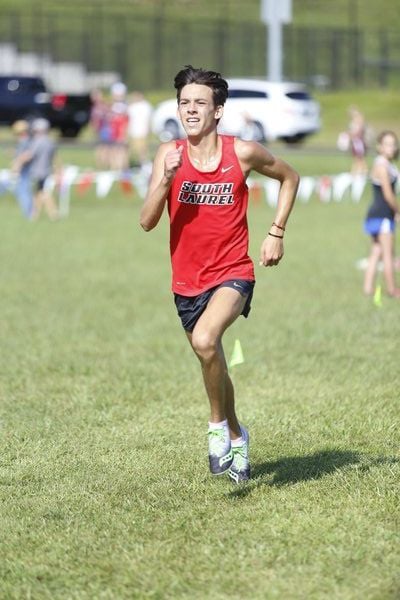 South Laurel's Drew Meader took second place in this past weekend's meet with a time of 17:28.7. 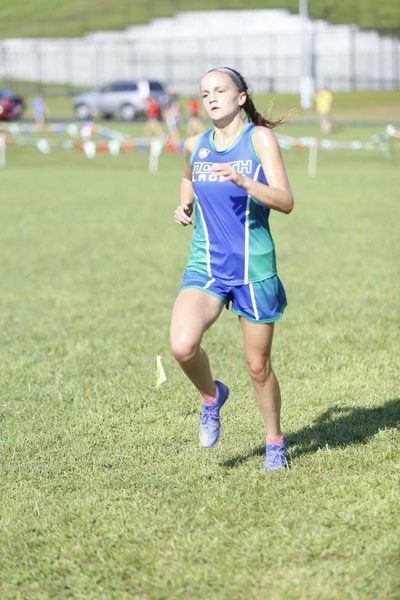 North Laurel's Olivia Rudder took sixth place in the EG Plummer Invitational held over the weekend with a time of 22:42.2.

South Laurel's Drew Meader took second place in this past weekend's meet with a time of 17:28.7.

North Laurel's Olivia Rudder took sixth place in the EG Plummer Invitational held over the weekend with a time of 22:42.2.

The South Laurel boys cross country team claimed the top spot in this past weekend’s meet, while the North Laurel boys weren’t far behind in third place.

On the boys side, South Laurel had three runners finish in the top 10, with three runners falling not far behind with 11th, 12th and 14th place, to win the event with 40 points, while North Laurel followed in third place with 85 points.

“Drew Meader had another great race and he continues to grow and shine as a leader of our team,” Evans said. “It was really good to see Landon Deaton have a bit of a break out performance this week. He has struggled with returning from mono and some nagging type of injuries. I am so proud of him. He looked strong and seems to be coming back into form. Will Stanko and Jeremy Steele both had solid races and our team really relies on their consistency. Jake Tapscott was out sick but Seth Meader really stepped up again and I feel like we are about to see Seth go to another level, his confidence is growing more and more each week.

“It was good to compete against some different teams this week so we could see how we perform when we are not as familiar with who we are competing against. We felt like this was still a very impressive win against some good competition. It was also nice to see the time gap improve a little bit.”

North Laurel’s Justin Sparkman rounded out the top 10 with a time of 18:30.3, followed by four North Laurel runners turning in top 25 efforts, to help the Jaguars secure third place overall.

“It is hard to compare this meet to our other two meets because of the weather,” she said. “Even though we have been practicing in the extreme heat this was a mid-afternoon race and due to the heat there were not going to be very many good times run. We asked the kids to race and to not worry about times. The boys team placed third out of 11 teams and the girls placed fifth out of 10 teams. We are very inexperienced and so we are continuing to improve with each race. We look forward to each weekend to see if the work we are putting in in practice starts paying off with a reduction in individual times.”