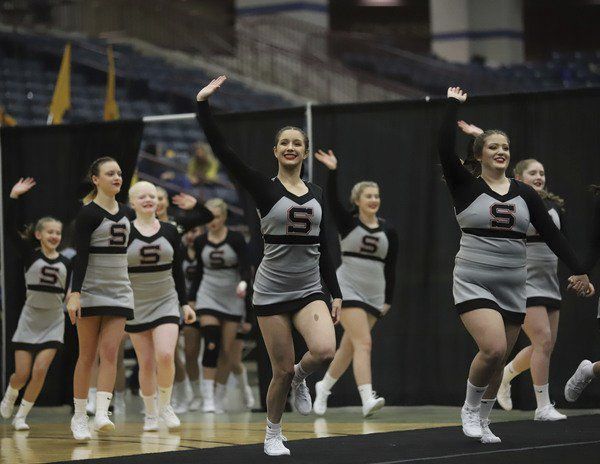 The South Laurel cheer squad competed in the competition at Corbin Arena on Saturday. 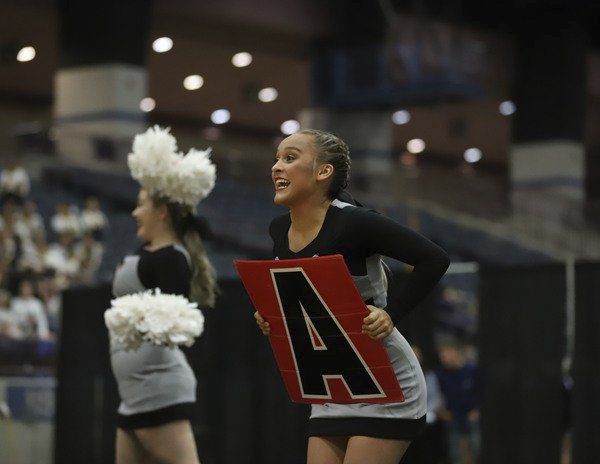 The South Laurel cheer squad will compete at the KHSAA State Championship on Saturday, Dec. 14 at the Alltech Arena in Lexington. 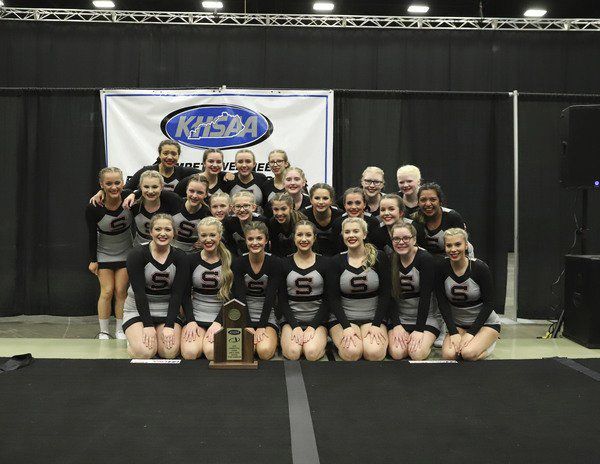 South Laurel will compete at the KHSAA State Championship after winning its division during regional competition. 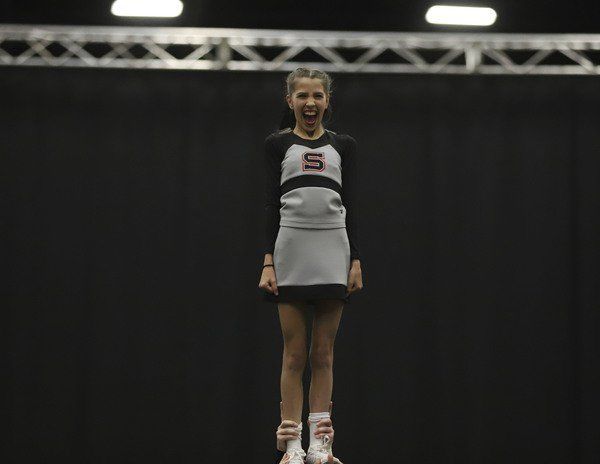 The South Laurel cheer squad competed in the competition at Corbin Arena on Saturday.

The South Laurel cheer squad will compete at the KHSAA State Championship on Saturday, Dec. 14 at the Alltech Arena in Lexington.

South Laurel will compete at the KHSAA State Championship after winning its division during regional competition.

“We’re pleasantly surprised,” said Coach Miranda Jones on her team placing first in the All-Girls Large division. South Laurel beat out two other squads in division that only permitted squads to have a minimum of 17 athletes, but no more than 20.

“They have worked really hard,” continued Jones. “I was pretty happy for them, because they put in the hard work and dedication this year. It was a well deserved win for them.”

Jones says that her squad have been working on its routine since the end of July. She also says that her main objective with the routine was to be fundamentally sound and that she wanted a sharp, clean routine. The routine won’t change much, if at all, between now and state, Jones says.

Jones’ squad has faced what she refers to as the normal challenges that face a team; losing squad members due to quitting, etc. She also says that her squad faced adversity just before last week’s competition.

“We had one that had an ankle injury early in the week that we had to replace last minute," she said. "They overcame all of the obstacles very well this year.”

Looking ahead, Jones says she hasn’t checked out who or how many other squads South Laurel will face at the state level competition. She wants to focus on her squad, and their routine.

“I’ve not looked at it, to be honest," she said. "I’m not sure, I’m trying not to psych myself out too much. I’m trying to focus on us, and I’m afraid that if we start looking at numbers, and who it is, that we might lose focus a little bit.”

South Laurel’s squad consists of seven seniors whom Jones says have been cheering together for years. She also has several freshmen, and a couple of seventh graders who cheer with the high school squad.

“One of my seniors I’ve had since seventh grade," Jones said. "I’m so happy for her, she’s worked really, really hard. She’s finally seeing her hard work being rewarded, and that makes me very happy for her.”

When it comes to younger kids, and those thinking about pursuing cheerleading, Jones says the earlier a child starts in cheering, the better.

“The younger you can get into it the better, before fear sets in," she said. "Once they’re at a certain age, they’re more fearful, and it’s harder to get them to do stuff. So, the earlier they start, the better.”

Jones says the thing she finds most rewarding about coaching is watching her squad grow not only in the world of cheerleading, but seeing them grow in life, as well.

South Laurel will compete at the KHSAA State Championship on Saturday, Dec. 14 at the Alltech Arena in Lexington. They are scheduled to take the floor at 3:24 p.m.